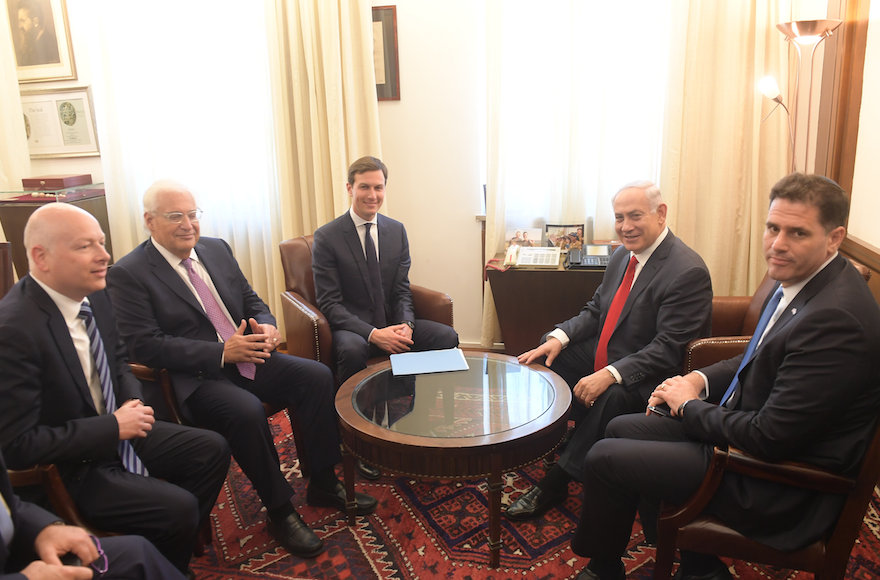 Greenblatt was scheduled to leave the United States for Israel Sunday evening, according to a White House official. The official said Greenblatt is heading to Israel to meet with U.S. Ambassador to Israel David Friedman.

“While the primary purpose of his trip is to meet with the ambassador now that the ambassador is on the ground and fully installed in his position, Greenblatt will also likely be taking meetings relevant to both the Israelis and the Palestinians,” the official said, calling the trip “an interim visit as talks continue about potential next steps” in restarting peace talks.

“President Trump has made it clear that working towards achieving a lasting peace agreement between the Israelis and Palestinians is a top priority for him,” the White House official also said.

Greenblatt last visited Israel a month ago and met with Israeli and Palestinian officials a day before the arrival of Trump senior advisor and Jewish son-in-law Jared Kusher. The meetings with Palestinian officials then reportedly did not go well.  During the visit he tweeted a photo of himself praying at the Western Wall, and paid a shiva visit to the family of a Jewish policewoman stabbed to death by a Palestinian assailant.