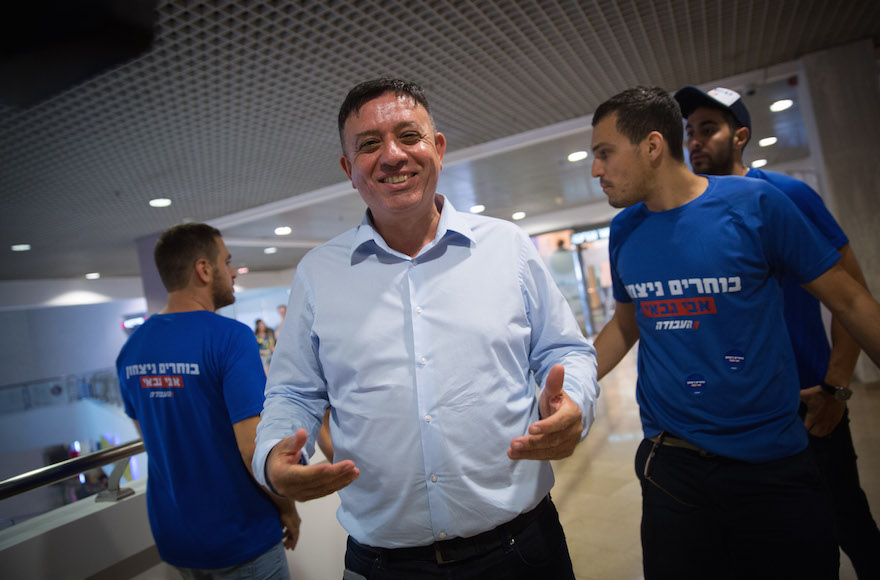 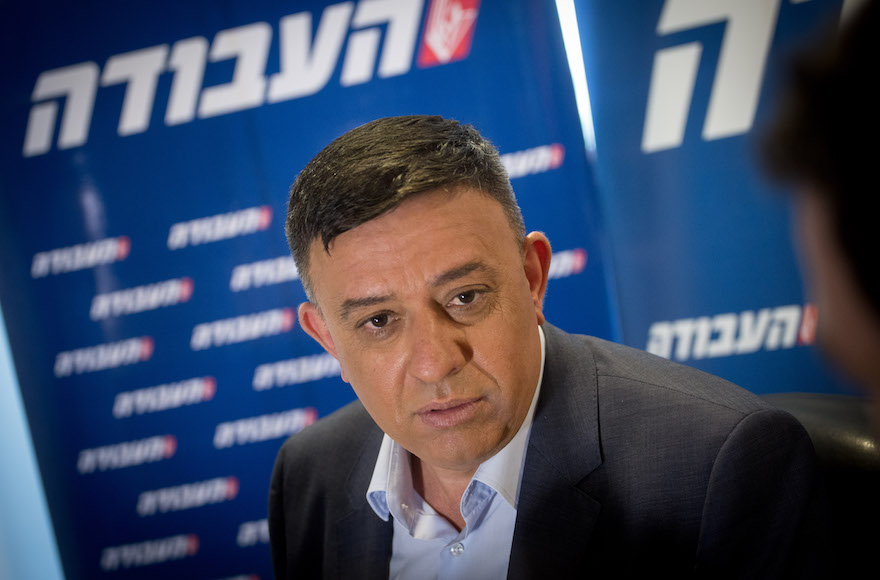 Some have hailed Avi Gabbay, the telecom exec who was elected Monday to lead the center-left Labor Party, as Israel’s version of French President Emmanuel Macron, the banker who recently swept to power with an outsider campaign.

“Like Macron, Gabbay brings hope,“ said Abraham Diskin, a political science professor at the Hebrew University of Jerusalem. “People are again saying: Here is a new medicine. The old medicine didn’t cure us.”

But Israel already has two charismatic, outsider centrists in national politics. Both Yair Lapid and Moshe Kahlon in recent years led new moderate parties to electoral success, though not rule. So what does one more Macron mean for the country?

Gabbay (pronounced gab-BYE) successfully courted Labor’s left wing to win the primary. But he is widely viewed as a moderate.

He entered politics as a founding member of Kahlon’s center-right Kulanu party, and joined Prime Minister Benjamin Netanyahu’s right-wing government in 2015. During the campaign, Gabbay was even forced to retract a televised denial that he had previously voted for the ruling Likud party.

Labor, like much of the historic Israeli left, is a shell of itself. According to Diskin, Gabbay would now be wise to embrace the centrist label. It is no accident, he said, that Kahlon and Lapid — who led his studiously middle-of-the-road Yesh Atid into the government in 2013 — found success far from either political pole. Israel has a long history of successful centrist parties, most notably Ariel Sharon’s Kadima, which won the 2006 election.

“Macron knew the center is the best place to be, because most voters are there. That’s how you get political control,” said Diskin. “Or look at [Prime Minister David] Ben-Gurion. He tried to rule from the center and leave leftist parties out of his government. One of Labor’s biggest problems is that it has forgotten this lesson.” 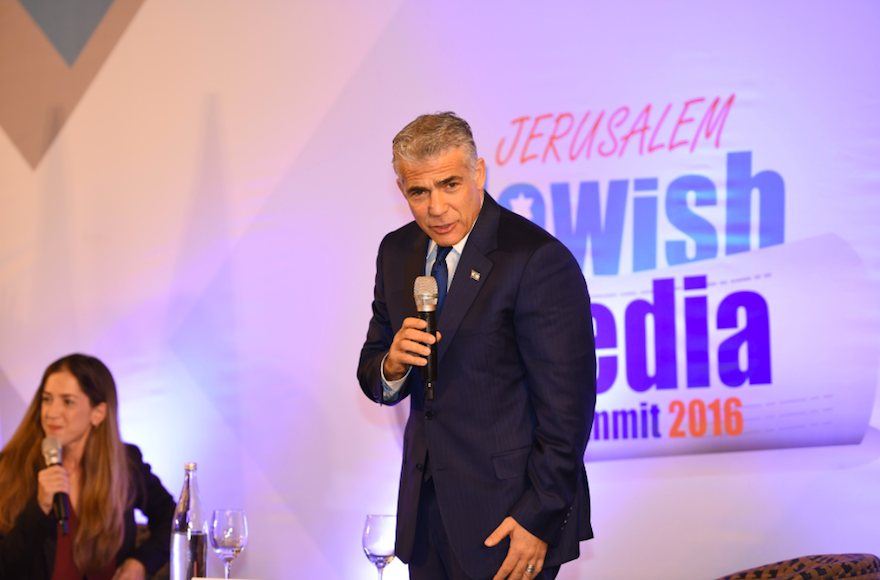 After leading Israel to independence in 1948 and then dominating Israeli politics for three decades, Labor has fallen on hard times. The party’s most recent national election win was 18 years ago, and opinion polls have showed it ranked just fourth or fifth in size among major parties.

Gabbay, 40, is expected to give a much needed popularity boost to his party, at least in the short term. But his wider effect on Israeli politics is less clear. A stronger Labor could actually solidify Netanyahu’s grip on power by siphoning votes from Yesh Atid, the only party polls have shown challenging Likud.

Alternatively, some hope Gabbay — whose parents immigrated from Morocco — will help Labor overcome its longstanding image as a bastion of well-to-do Israelis of Ashkenazi, or European Jewish, descent and attract some of the working-class Mizrahi, or Middle Eastern Jewish, voters who vote for Likud or Kulanu. In that way, he could expand the center left.

Gideon Rahat, a political scientist at Hebrew University and a researcher at the Israel Democracy Institute, said Gabbay appeared to have the tools to rebrand his party.

“Israeli politics is highly personalized. So Gabbay’s personality and his character are huge assets,” said Rahat. “Maybe more significantly, he’s Mizrahi. He may be able to take some Mizrahi votes not just from Lapid, but also from Kahlon and Netanyahu.”

Gabbay grew up in a Jerusalem transit camp, one of eight children, and, after serving in the Intelligence Corps, went on to make millions as the chief executive of Bezeq, Israel’s telecommunications monopoly. In 2015, he helped launch Kulanu and became the environmental protection minister. But a year later, he quit in protest after Prime Minister Benjamin Netanyahu replaced Defense Minister Moshe Yaalon with the hawkish Avigdor Liberman as part of a political deal.

He joined Labor about six months ago.

Amid a crowded field, Gabbay made it to the party’s two-man runoff by coming in second to Amir Peretz, 65, a former Labor head and defense minister, who is also Mizrahi. Incumbent Labor chairman Isaac Herzog got the third most votes and threw his support behind Peretz along with most of the Labor establishment. 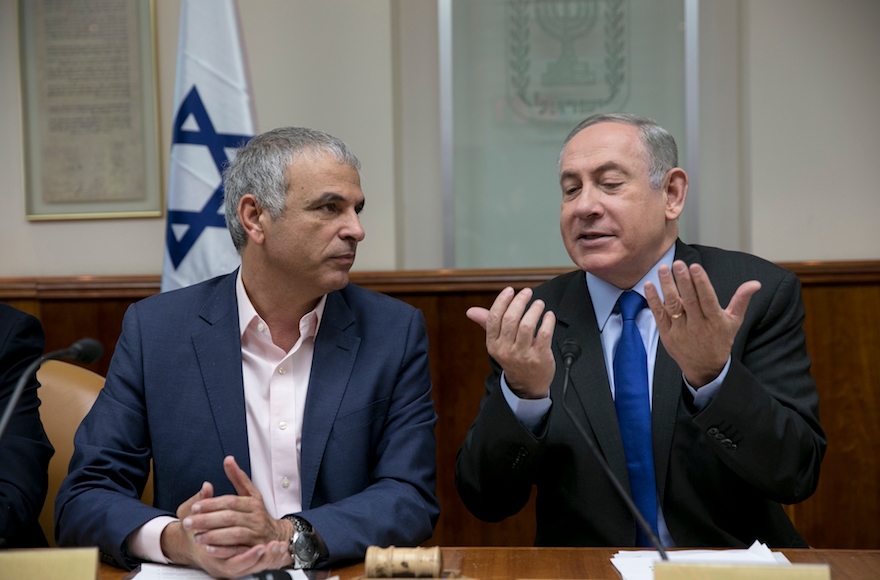 Nevertheless, Gabbay prevailed by winning the hearts of the party’s rank and file. He appeared likable and nonchalant in his many TV appearances and made savvy use of social media. On Sunday, he shared Peretz’s Facebook post asking the public for helping finding his son’s lost dog. The comradely gesture earned critical last minute coverage and social media buzz.

After Gabbay’s victory, Labor leaders quickly threw their support behind him. Ehud Barak, the party’s most recent prime minister who has hinted at a political comeback, called it a revolution in Labor and said Netanyahu and his allies would be “sweating tonight, with good reason.”

Diskin predicted Gabbay would do little to redraw the political map. But with some political skill, he said, the newly elected Labor leader might be able to form a government with the two other centrist parties. Then, he said, Israel could have its Macron moment.