Chief Rabbinate says list of rabbis is not a blacklist 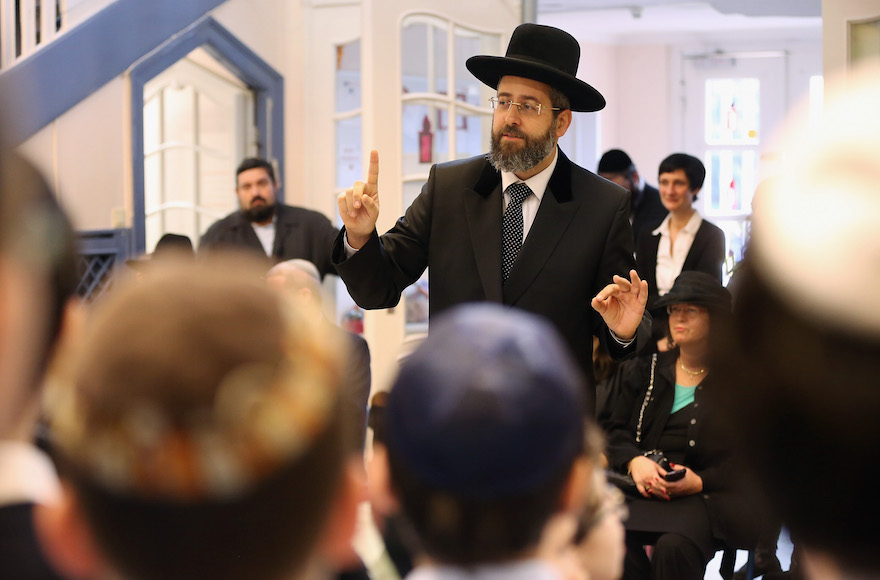 (JTA) — The Israeli Chief Rabbinate says that its list of foreign rabbis has been misconstrued, and that the list does not imply that those rabbis cannot be trusted to vouch for the Jewish identities of their followers.

On Saturday, JTA reported on a list of some 160 rabbis whose efforts to confirm the Jewish identities of immigrants were rejected by Israel’s haredi Orthodox-dominated Chief Rabbinate. In order to get married in Israel, immigrants must provide the rabbinate proof of their Jewish identity, often in the form of a letter from a rabbi in their home community.

Rabbis from 24 countries, including the United States and Canada, are on the list. In addition to Reform and Conservative rabbis, the list includes several Orthodox leaders. Itim, the Israeli organization that obtained the list, called it a “blacklist.”

But on Tuesday, Moshe Dagan, the director-general of the rabbinate, said that characterization is misleading. In a letter to the Orthodox Rabbinical Council of America obtained by JTA, Dagan wrote that the proof-of-Judaism letters were rejected for a range of reasons, and that the list questioned the documentation, not the individual rabbis. Dagan added that these rejections were sometimes temporary.

“The list that was publicized is not a ‘list of unrecognized/unauthorized rabbis,'” Dagan wrote, in Hebrew. Rather, he wrote, it is a list of rabbis whose letters regarding marriage were not recognized by the personal status and conversion division of the Chief Rabbinate of Israel “for whatever reason.”

Even though the list contained only the names of rabbis, Dagan wrote in bold type that “it is the documents that were presented which are unrecognized, not the rabbis.”

He added that “I am pained by the anguish caused to the respected rabbis who appear on the list, and will do everything I can to minimize the damage as much as possible and to take care that errors of this kind will not be repeated.”

Itim director Seth Farber, who received the list in an email correspondence with the Chief Rabbinate, called Dagan’s clarification “doublespeak” because the list was of rabbis’ names, not problems with documentation.

The list comprises rabbis whose letters the rabbinate rejected during 2016. Of 66 U.S. rabbis included on the list, at least one-fifth are Orthodox, while almost all of the rest are Reform or Conservative. Among the Orthodox are Avi Weiss, the liberal Orthodox rabbi from the Riverdale section of New York and Yehoshua Fass, the executive director of Nefesh B’Nefesh, a group that encourages and facilitates American immigration to Israel.

In a separate letter sent Monday, Israeli Ashkenazi Chief Rabbi David Lau’s office apologized to Fass for his inclusion. In the letter to Fass, Lau’s senior aide reiterated that Lau did not know of the list prior to its publication, and that it does not imply rejection of the rabbis themselves.

“[The list’s] intention was not to invalidate rabbis, God forbid, but rather [to invalidate] letters that raised doubts and questions,” wrote Rabbi Rafael Frank, the aide. The letter, also in Hebrew, said Lau “very much appreciates” Fass’ work.

The publication of the list comes on the heels of a clash between American Jewish leaders and the Chief Rabbinate over how to determine Jewish identity. In June, Israel’s Cabinet advanced a bill that would give the Chief Rabbinate authority over all official Jewish conversions within Israel. Following an outcry from Jewish leaders in America, the bill was shelved for six months.