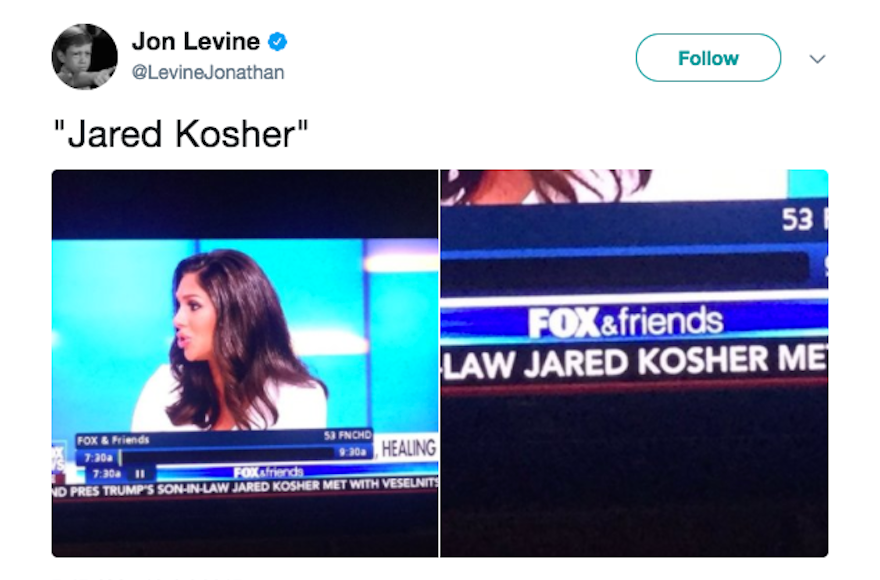 The gaffe was documented on Twitter by Mediaite editor Jon Levine.

The typo comes amid an FBI investigation into Kushner’s meetings with Russian figures. Perhaps the Fox employee responsible for the ticker was subtly suggesting a new career path for Kushner — mashgiach, anyone? — or perhaps he or she had imbibed one too many “mazel tov cocktails” the night before.