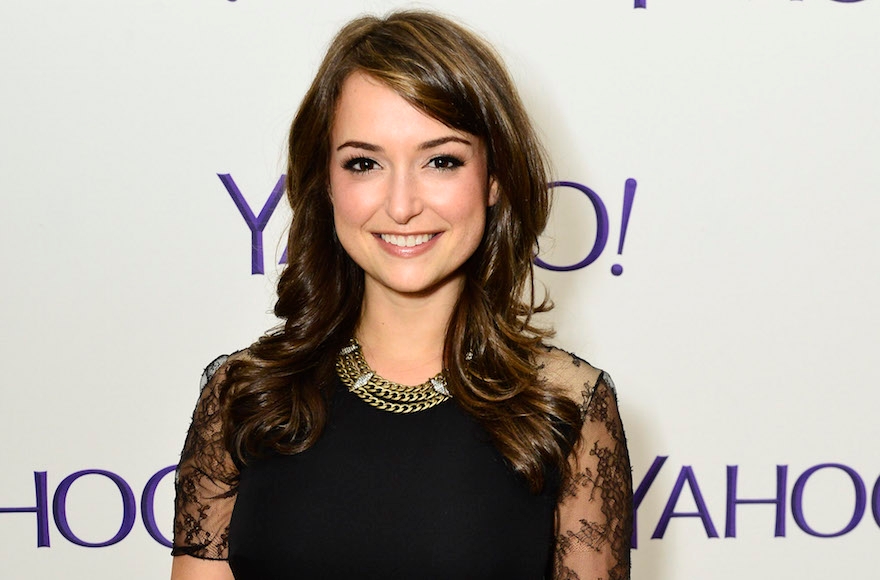 (JTA) — Watch out, Gal Gadot — there’s another Jewish female superhero making her debut. This time it’s Milana Vayntrub, known for portraying the chipper, witty AT&T clerk in commercials for the cellphone provider and her recurring role on the NBC series “This Is Us.”

Vayntrub, who came to the United States as a toddler from what was then the Soviet Union, has been cast to play Squirrel Girl in the upcoming Marvel TV series “New Warriors,” the Hollywood Reporter reported Monday.

In the original comic, Squirrel Girl’s powers include a prehensile tail, strong buck teeth, sharp claws  — and the ability to communicate with and command actual squirrels.

Vayntrub, 30, and her family came to the United States as refugees from their native Uzbekistan when she was 2. Their journey was an arduous yearlong escape via Austria and Italy that ultimately brought them to Los Angeles.

She grew up in a heavily Russian section of West Hollywood, California, and in a 2016 interview with JTA recalled the challenges of learning what it meant to be Jewish after arriving from a place where Judaism was legally suppressed.

“My grandmother was a nanny for an Orthodox Jewish family, and she would come home and tell us about that,” she said. “And then we would be, like, ‘OK, I guess it’s time to learn about Passover.’” Little by little, the Vayntrubs reconnected with their heritage, eventually joining a synagogue.

Vayntrub is the founder of Can’t Do Nothing, an organization that assists refugees worldwide.