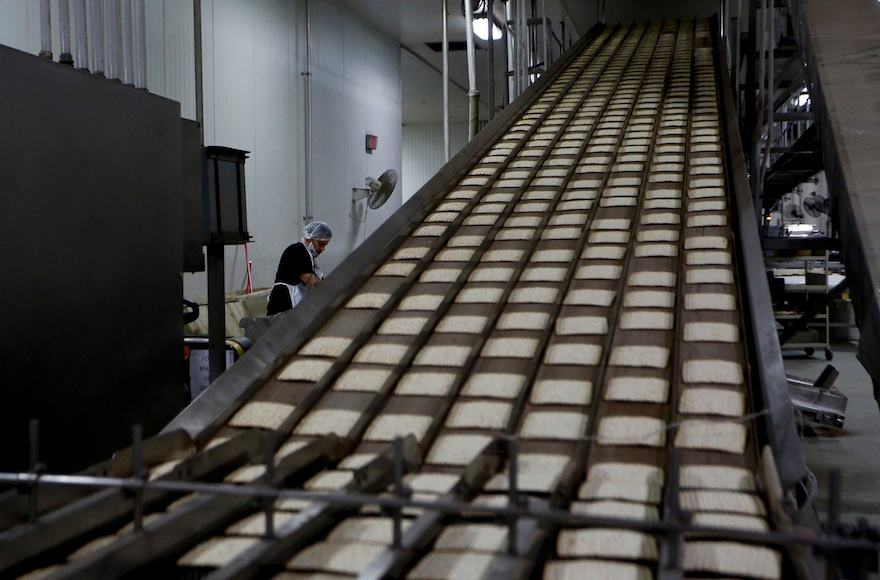 (JTA) — The Manischewitz Co. said it will close its plant in Newark, New Jersey, cutting the jobs of 169 workers.

The kosher food manufacturer’s announcement last week came in the form of a Worker Adjustment and Retraining Notification, or WARN notice, that it would be cutting the jobs. According to the notice, which is required 60 days before a mass layoff, the closing and layoffs will be effective as of Sept. 14.

“At a challenging time in the retail and grocery business, we have made the difficult decision to close our plant in Newark,” a Manischewitz spokesman told njbiz.com, a local business news website. “Beginning this fall, our products will be made at more modern New Jersey facilities.”

Manischewitz is working to help the laid-off employees find jobs, the spokesman said.

The company’s executives will remain at the current offices in Newark, where they moved in 2006 following a consolidation effort. At the time, Newark Mayor Cory Booker said the company’s presence in his city “makes me the proudest mayor in America. It gives me great nachas.”

In 2014, Sankaty Advisors, an arm of the private equity firm Bain Capital, purchased the purveyor of kosher foods for an undisclosed price.

The 129-year-old company calls itself “the nation’s largest manufacturer of processed kosher food products and the No. 1 baker of matzah in the entire world.”