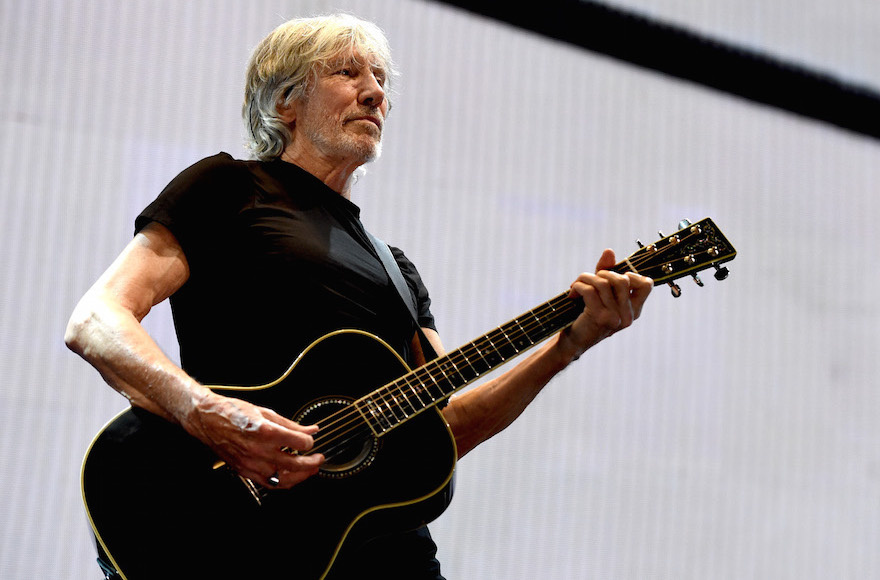 Waters, the former Pink Floyd frontman, is scheduled to appear at the Nassau Coliseum on Sept. 15 and 16.

The lawmaker, Howard Kopel, asked the county attorney last week to determine whether the Nassau Coliseum lease requires compliance with the county law adopted in May 2016 that prevents the county from doing business with any company that participates in the economic boycott of Israel.

Kopel, an Orthodox Jewish legislator who represents a district with a large Jewish population, said in a Facebook post that the Waters concert violates the anti-BDS law while calling the musician a “notorious front-man for the BDS movement and virulent anti-semite.”

In a Facebook Live chat Saturday with the Palestinian Campaign for the Academic and Cultural Boycott of Israel, Waters said he would play his shows in Nassau, saying an artist’s rights should not be attacked over his stand on an issue.

“I think they’re gonna fail,” Waters said of attempts to prevent him from playing in Nassau County. “I don’t think, I know they are, because you would have to tear up the Constitution of the United States of America, particularly the First Amendment, and throw it into the Hudson River, or the East River if that’s closer, in order for that to happen.”

Waters also noted an incident in Miami last week in which a dozen teens from a Miami Beach Parks summer program who were to perform on stage with him backed out amid accusations of anti-Semitism.

Miami Beach spokeswoman Melissa Berthier told the Miami Herald on Thursday, hours before the scheduled concert, that the teens would not be participating, saying in a statement, “Miami Beach is a culturally diverse community and does not tolerate any form of hate.”

The Greater Miami Jewish Federation in an online ad on the Miami Herald website posted a link to a statement on its website reading, “Mr. Waters, your vile messages of anti-Semitism, anti-Zionism and hatred are not welcome in this community.”

Waters is embroiled in a controversy with Radiohead after he publicly called on the band to cancel its Wednesday concert in Tel Aviv.