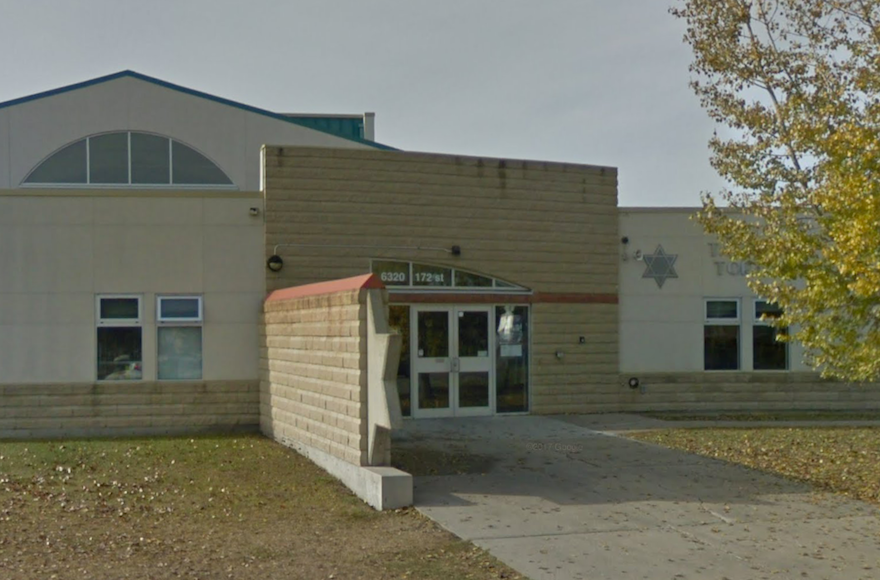 (JTA) — Canadian police are investigating whether a dumpster outside a Jewish school was intentionally set on fire.

The Edmonton Fire Department responded on Saturday night to a call about a fire in a recycling bin outside the Talmud Torah School, a public school focusing on Hebrew and Jewish studies, The Edmonton Journal reported. The school, which serves around 200 students from preschool to ninth grade, was not damaged.

Investigators in Edmonton, the capital of the Alberta province and located in midwestern Canada, believe the dumpster may have been set on fire intentionally and police are taking over the investigation, according to The Journal.

On Sunday, a security guard discovered a burnt garbage bag by the school that had been set on fire. That fire damaged part of the school facade, but investigators could not say if the two fires were related.