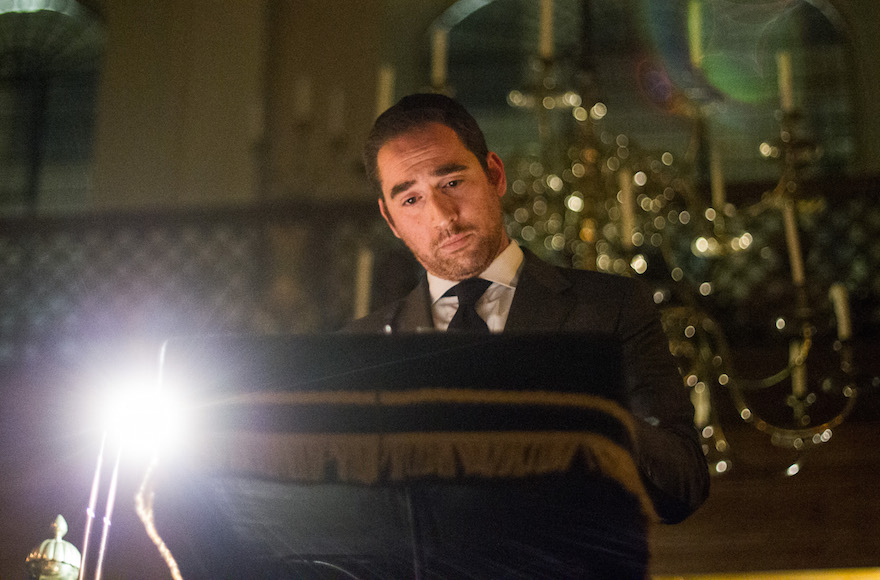 (JTA) — Rabbi Joseph Dweck, Britain’s top Sephardi rabbi, will remain in his position following the ruling of a review process set up by the country’s chief rabbi in the wake of his comments welcoming the growing acceptance of homosexuality.

Dweck, who serves as senior rabbi at London’s S&P Sephardi community, came under fire after saying at a lecture last month that societal acceptance of homosexuality is a “fantastic development” because it opens the door to a more loving society.

Following an outcry from many of his colleagues, as well as a request from the Sephardi chief rabbi of Israel, Yitzchak Yosef, British Chief Rabbi Ephraim Mirvis set up a committee to review Dweck’s statement as well as other teachings and Jewish legal rulings by the rabbi.

In the wake of the ruling, which noted the rabbi’s success in outreach to British Jews, Dweck on Wednesday apologized for speaking in a manner that was “inappropriate and imprudent,” and said he regretted having made disparaging remarks about rabbinic colleagues, the Jewish Chronicle reported.

The review committee approved Dweck’s suggestion that his public lectures, particularly on issues of Jewish law, be reviewed with a member of the committee prior to delivery. The committee also recommended that Dweck’s withdrawal as a dayan, or judge, on the Sephardi Beth Din, or rabbinical court, remain in effect.

In a 90-minute lecture at the Ner Yisrael synagogue in Hendon, England, Dweck emphasized that homosexual acts are forbidden by Torah, but that the growing tolerance for feminism and homosexuality had residual benefits for society at large.

Mirvis told the Jewish Chronicle on Wednesday, referring in part to the Dweck affair: “During the past two or so months I have been appalled by some of the conduct we have witnessed in our community.”

“Orthodoxy has long known significant differences in outlook, but the recent controversy about Rabbi Joseph Dweck’s teachings has brought the polarization of Orthodox Jewry into sharpest focus,” he said.

“People are affirming what they stand for by denigrating and insulting those whom they stand against. We have come to define ourselves by that which divides us, rather than that which unites us.”