How This Chasidic Rabbi’s Video About A Lobster Went Viral 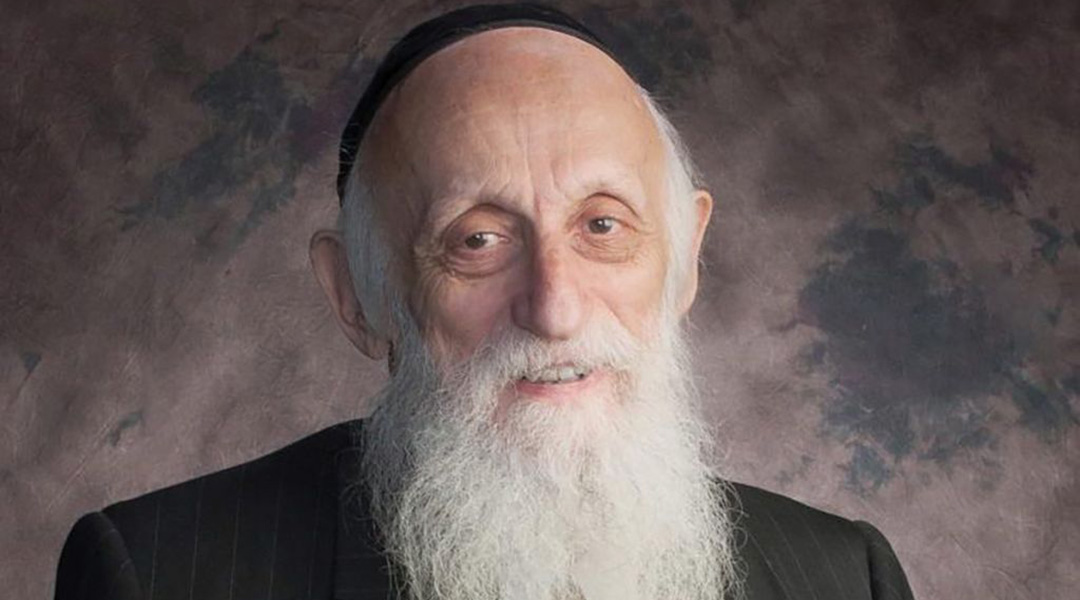 Wisdom for all: Rabbi Abraham Twerski attributes much of his videos’ success to luck, but others credit his storytelling ability. (Via OU.org)
Advertisement

In 2008, a 91-second video of Rabbi Abraham Twerski, a chasidic rabbi and psychiatrist, discussing how to deal with stress, was released on JInsider, a website with a mission to offer Jewish wisdom to the world.

To date, the video (below) has been viewed more than 84 million times on Facebook. It has been shared by 1.7 million people, “liked” by 438,000 and has received 49,000 comments. And those numbers continue to increase.

“It was a runaway hit, and it has a lasting impact,” said David Sable, the global chief executive officer of Y&R, one of the world’s largest marketing communications agencies. (Sable is a member of The Jewish Week’s board of directors.) More impressive than the number of viewers, he said, is the number of “shares” — those people who choose to send the video on to others.

As a longtime admirer of Rabbi Twerski, now 86, whose practice in Pittsburgh specialized in drug addiction and who has written many books on Torah values, self-help and ethical behavior, I was intrigued by why and how his short, straightforward videos have become so popular. And I wondered what lessons there are to be learned from them about how best to transmit Jewish wisdom in the 21st century.

“It was a runaway hit, and it has a lasting impact.”

The success of Rabbi Twerski’s video on stress wasn’t a fluke. Another in the series of 36 video interviews with him has been viewed more than 40 million times on Facebook and shared by nearly a million viewers. It’s about love, and how we sometimes confuse self-love with love for others.

(Full disclosure: I was one of more than three dozen people interviewed for the JInsider series; the most views any of my 20 short interviews received was 4,335.)

What was it that made Rabbi Twerski’s video on handling stress so popular? Was it the content, the brevity, the oddity of a bearded chasid expounding on lobsters (keep reading), or the targeted social media effort to boost viewers?

The rabbi attributed success to a combination of all of the above, but mostly to luck.

“There are many instances when something looked like it didn’t have a chance but caught on like crazy.”

“I’m at a loss to explain the popularity” of the videos,” Rabbi Twerski, who moved to Israeli several years ago, wrote in an e-mail.

“There are many instances when something looked like it didn’t have a chance but caught on like crazy,” he noted, citing “the Beatles or ‘By Mir Bist du Schoen.’ “My explanation is that it was mazal. There is no logic to mazal.”

But Mark Pearlman, the founder of JInsider who conducted, filmed, edited and produced hundreds of interviews, including the ones with Rabbi Twerski, had a carefully planned approach. Among the basic content elements he believes are essential for success: “an authentic speaker with credible, thoughtful and articulate presence; a relevant topic and script that elicits emotional and personal appeal; a dynamic narrative with a clear beginning, middle and end; and a brand personality that is smart but not academic.”

Pearlman is a veteran marketing and business executive with a passion for advancing the reach of top rabbis and Jewish educators. (His JInsider column ran for several years in The Jewish Week.) “I tried to create a kind of ‘American Idol’ of some of our best teachers,” he said. He took off several years from his work in an effort to encourage viewers to read the works and take the classes of the Jewish community’s most effective communicators.

Pearlman said Rabbi Twerski was “a natural,” in that he did not need a script and did each of his interviews “in one take.”

Though the JInsider videos’ success has been organic, Pearlman has identified a small number of “Facebook influencers,” as he refers to them, whose platforms reach huge numbers. Four of those influencers were responsible for nearly all of the stress video’s views and shares, Pearlman said.

Videos with lasting impact need to be provocative, something you can learn from, and offer a universal message.

Sable, too, as a social media expert, said that while “there is clearly no magic formula” for producing a video seen by tens of millions, there are key elements that can make for a “memorable” video — as opposed to much-viewed ones, like those of sneezing pandas or talking pets, that he calls “ephemeral.”

In addition to the criteria cited by Pearlman, Sable emphasized that videos with lasting impact need to be “provocative, something you can learn from, and offer a universal message.”

In the stress video, Rabbi Twerski, in front of a simple dark background and facing the camera, told the off-camera interviewer (Pearlman) that we could all take a life lesson from lobsters. He said that while waiting in his dentist’s office, he read an article about the marine crustaceans and learned that they are made of soft tissue and confined within a hard shell. As the lobster grows, it experiences pressure and discomfort, confined by its shell. So, the rabbi noted, it goes under a rock, casts off its shell and produces a new one.

“The stimulus for the lobster to be able to grow is to feel uncomfortable,” the rabbi pointed out, adding that “if lobsters were able to go a doctor, they would be given a Valium or Percocet and never grow.”

His takeaway: “Times of stress are times that are signals for growth, and if we use adversity properly, we can grow through adversity.”

Advice from those like Rabbi Twerski may bridge the gap between traditional values and today’s priorities.

A simple, captivating message — no fancy visuals or music. And at a time when millennial and Gen-Z Jews are interested in how religion can promote their personal values and self-fulfillment, and when parents are focused on raising resilient children, advice from those like Rabbi Twerski may bridge the gap between traditional values and today’s priorities.

George Fertitta, chief marketing and communications executive at Bloomberg Associates and former chair of a major ad agency, said people who watch the Twerski video “can internalize the message right off the bat.”

“It’s all about good storytelling,” said Sable, who was also interviewed for the JInsider series. He noted that “storytellers have been influential throughout history,” whether orally or through music or on the printed page, “like the Bible, ‘The Iliad’ and ‘The Odyssey.’”

Sable and Pearlman cited Rabbi Lord Jonathan Sacks as a thought leader whose universal message and masterful oratory has been shared far beyond Jewish audiences. His recent TED Talk on “How We Can Face the Future Without Fear” has attracted more than a half million views. And Jewish educational groups like Chabad and Aish HaTorah, with their worldwide reach, ample funding and sophisticated operations, are leaders in the field with many millions of viewers.

Does our age of short attention spans and instant gratification signal the end of deep learning?

George Fertitta says that’s not necessarily the case. While noting that President Trump utilizes Twitter to reach his core audience and that millennials “take in information differently, and are always connected” to their personal devices, he said “the pendulum may swing back.” There are fewer quality movies today, he observed, with Netflix and television “filling the gap with longer-form series that are better than most films.

“Nothing would surprise me about the future,” he said.

And the good news is that Jewish wisdom can be transmitted and absorbed around the world, that people will always want to hear a compelling story and that a rabbi can teach a life lesson by observing God’s creations — even a lobster.

For the list of influencers and more details on the Twerski video, please download the JInsider Video Viral Summary Report.