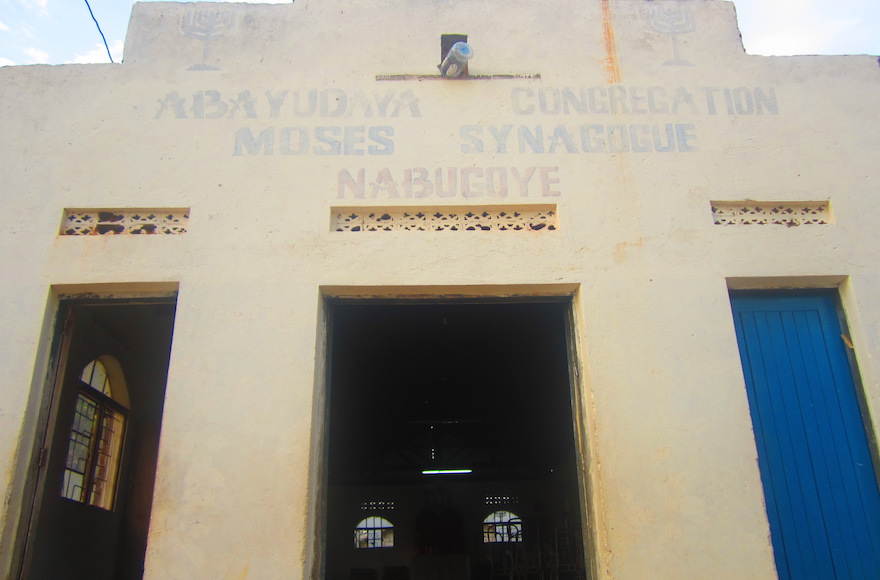 (JTA) — Uganda’s 2,000 Jews have long maintained a modest existence. They live in the east of the country in a hilly, rural area that lacks paved roads, consistent electricity and freely running water.

But this year, the situation for Uganda’s Jewish community, called the Abayudaya, has worsened.

Twenty million people across Africa and the Middle East are now at risk of illness and death due to a famine that is centered in Somalia, Nigeria, Yemen and South Sudan. Caused by a mix of factors, including civil wars, underdeveloped infrastructure and a drought, the famine is “the largest humanitarian crisis since the creation of the U.N.,” Stephen O’Brien, the emergency relief coordinator for the United Nations, said in March.

“People look dehydrated and starving,” Gershom Sizomu, the community’s rabbi, told JTA on Tuesday. “People got sick and weak, and there are people who died because of complications because of the food shortage. People were already sick, so without food they become weaker and weaker.”

Sizomu told JTA that the Abayudaya, who rely on their own crops to survive, have been hit hard by the drought. While conditions are easing now because the harvest season has arrived for maize and beans, many families are subsisting on one meal a day, he said.

Two community members who already were sick have died of malnutrition.

Fleeing the area is useless, Sizomu added — food shortages are plaguing the cities, too.

The community has been practicing Judaism for about a century, and most of its members converted to Judaism under Conservative auspices about 15 years ago. It stays in regular touch with Jewish communities in the United States and Israel. But only one American synagogue has provided famine relief to the Abayudaya.

Beth El, a Conservative congregation in Pittsburgh, had hosted Sizomu for a weekend of Torah study last year, where he mentioned the risk of impending famine. So when 60 congregation members convened last month for the synagogue’s annual meeting, congregation president Cliff Spungen passed around an envelope for donations. It came back filled with $800.

In the following weeks, Spungen sent email appeals to the synagogue’s members, as well as to Temple Emanuel, a nearby Reform synagogue. In total, the Pittsburgh campaign has raised $6,500 — a hefty sum in rural Uganda, where a family in Nabugoye, the Abayudaya’s main village, can live on as little as $5 a day.

“We hope it helps,” Spungen said. ” It’s been really eye-opening and meaningful that people have been generous.”

When it comes to the Jewish community fundraising for famine relief in East Africa this year, Beth El’s campaign is a rare success story. Take the Jewish Coalition for East Africa Relief, 24 Jewish groups convened by the American Jewish Joint Distribution Committee. More than two months after the coalition was created, it has raised just $10,000.

The “trickle of dollars” is not enough to even begin planning for allocations, said Will Recant, the coalition’s chair. Instead, the coalition is now investing in raising awareness of the crisis through education and advocacy, sending pamphlets and U.N. fact sheets to congregations and Jewish communities.

The coalition’s goal is broader than the synagogue campaign. The synagogues were able to make an impact because their donations targeted one small community. The coalition hopes to make a significant contribution to the overall aid effort in East Africa. 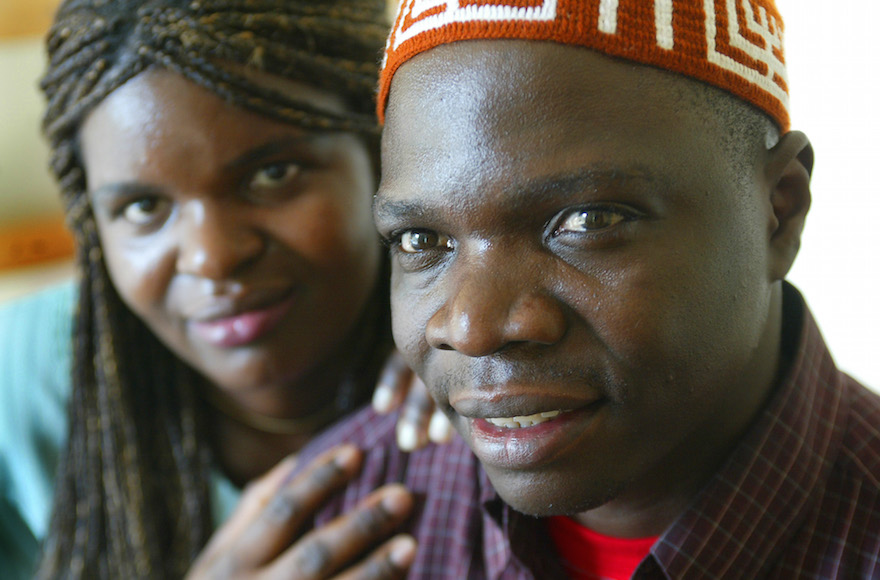 Fundraising has been difficult, Recant added, because the famine is a gradual crisis that hasn’t garnered much international attention. Following a high-profile event like the 2010 earthquake in Haiti, for example, a similar coalition of Jewish groups raised $600,000 — most of it during the couple of months after the tragedy.

“Money poured in because it was sudden and shocking,” said Sam Wolthuis, the group’s director of disaster response and international operations.

AJWS has garnered $200,000 since June for East Africa relief.

“We’ve realized that with ongoing conflict and crises that take place over long periods of time, we’re not getting as much as we need to fill the needs on the ground,” Wolthuis said.

Once the coalition raises enough money, Recant said it hopes to help the Abayudaya with long-term water supply issues. Be’chol Lashon, a group that advocates for Jews of color, is also helping the Abayudaya with infrastructure planning.

This part of East Africa last experienced a severe famine in 2011. That year, a coalition of Jewish groups under the same name raised nearly $150,000.

Sizomu told JTA that the Abayudaya shared the money they received from Pittsburgh with surrounding communities also suffering from shortages. And if the coming harvest improves conditions, Sizomu said he hopes to refocus the community’s attention on setting up water storage and irrigation systems so farmers can weather the next drought.

But he acknowledged that developing the necessary infrastructure will be costly. And in the meantime, people are still starving.

“People are depressed, and you can see it on their faces,” Sizomu said. “Parents are depressed because they have many things to take care of. There’s a constant need for food.”