This Israeli festival puts the ‘men’ in ‘menstruation’ 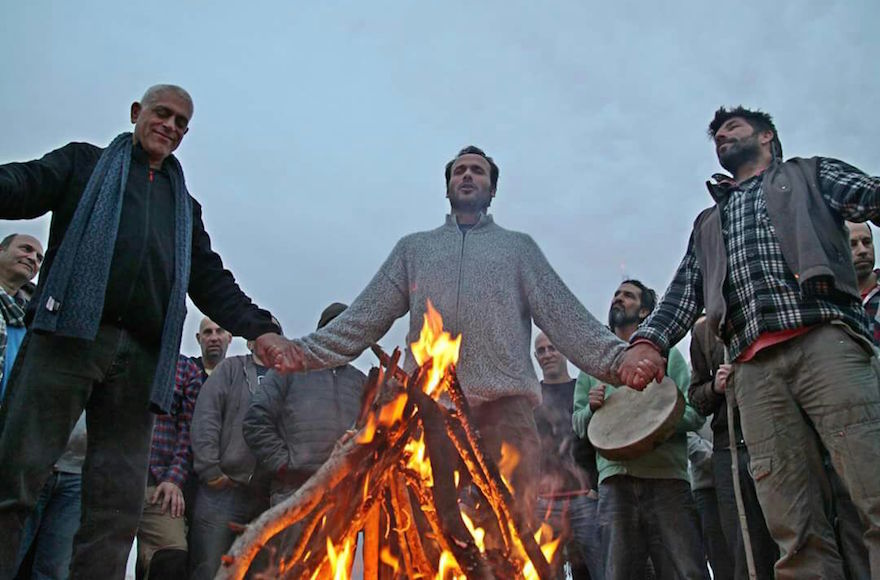 (Courtesy of the Shiva Festival)
Advertisement

TEL AVIV (JTA) – In a grove in northern Israel, several dozen sweaty, shirtless Israeli men circle one another other on all fours, growling like bears.

They are acting out the occasionally surly stage of the menstrual cycle, just before menstruation begins. The bear is one of four “power animals” the men emulate in an effort to better understand the monthly rhythms of the women in their lives.

“A lot of men are afraid of dramatic women, but if you understand the changes going on every month, you can be more empathic and know you’re not to blame,” instructor Maoz Yaakov explained.

“Then you can be supportive, or you can be an asshole. It’s up to you.”

Yaakov’s self-help workshop — “Knowing a Woman’s Menstruation Cycle According to Shamanic Power Animals, Hormones and Libido” —  was one of dozens offered at the Shiva Festival, a biannual gathering dedicated to male empowerment. This summer’s installment, which attracted a record number of participants, ran for three days earlier this month at the Degania Kibbutz near the Sea of Galilee.

About 300 men gathered to explore alternatives to Israel’s sometimes macho society and develop the skills deemed necessary to be a successful husband, father and professional.

A group of about 40 men started the Shiva Festival in 2004 to pass the time while their wives attended the women’s Shakti Festival, also named for a gender-corresponding Hindu deity. While the women lost interest — the Shakti Festival ended years ago — the men’s gathering has since grown into a well-organized event.

This summer, Shiva Festival participants slept in tents, ate vegan meals, grooved to techno music and generally engaged in male bonding. Workshops — many of them inspired by shamanic practice — offered guidance on everything from meditation to digital seduction to making money. The vibe was emotionally supportive, with lots of long hugs and even friendly kisses.

Ariel Galili, a 38-year-old graphic designer from Kfar Saba who produced this year’s festival, said his goal was to offer alternatives to the Israeli male ideals of the tough guy pioneer or war hero. 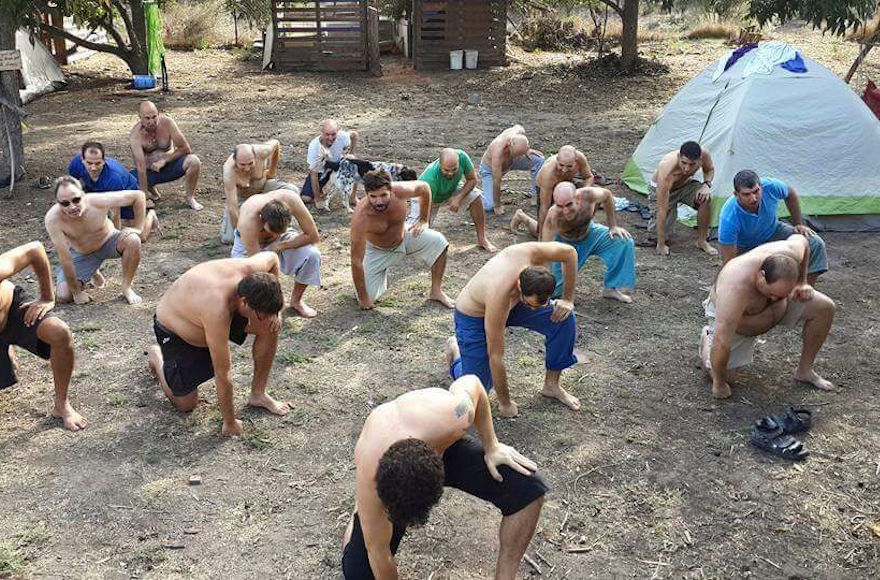 “I want Israeli men to see there are other options. They don’t have to be macho. They can be themselves,” he said. “The growth of Shiva shows they are looking for other ways.”

Galili also taught a “reverse breathing” meditation workshop that aimed to unearth buried memories — including, in some cases, of being born.

According to Danny Kaplan, the head of the masculinity studies graduate program at Bar-Ilan University, the Shiva Festival is an expression of the New Age-influenced “mytho-poetic” movement, which uses spiritual ceremonies and storytelling to promote self-understanding. Kaplan said the movement came to Israel from the United States in the 1990s as part of a larger shift away from traditional masculinity and toward “yuppie” values, like authenticity, introspection and work-life balance.

“You can say yuppie men look for more individual experiences,” he said. “A yuppie guy finds it more legitimate to go to a men’s group than a sabra of the 1960s.”

Despite rising in popularity, mytho-poetic ideas remain relatively fringe, Kaplan said. Galili said many of his male friends are uncomfortable when he brings up the Shiva Festival and consider it “weird” or “gay.”

“Most of the guys I play poker with really don’t know how to handle open-mindedness or emotions,” Galili said. “It’s just not part of the culture, and because of the army, I think a lot of Israeli guys are traumatized. For women, that kind of stuff is more normal.”

As far as gay men, Galili said, they are welcomed at the Shiva Festival without judgment. But he said the vast majority of participants are heterosexual.

Yaakov, 41, the leader of the menstruation exercise and a Mikhmoret-based sexual therapist, also taught a workshop to promote men’s acceptance of their penis. In one exercise, participants describe themselves from the perspective of their sex organ.

“It’s interesting to let the penis tell your story, and to laugh and cry about it,” he said. “You understand that every man has issues with his penis and his sexuality, and it makes you stronger.”

Tamir Weissberg, a 35-year-old dog trainer in the Netanya area, attended the Shiva Festival for the first time this month. He said he was a little uncomfortable at first, but after participating in the Native American-inspired sweat lodge ceremony on Thursday evening — involving hours of chanting in a steam-filled hut — and then jumping in the nearby Jordan River, he settled in.

“I’ve been to other similar festivals about self-improvement or learning about yourself,” he said. “But here you take away that element of women and it allows you to strip away all the airs. You have nothing to prove to anyone.”

Weissberg said the festival gave him a new perspective on his roles as a husband and father to two young children. In addition to making personal progress, he said, he connected with other men in a way he has not done since immigrating to Israel from Maryland eight years ago.