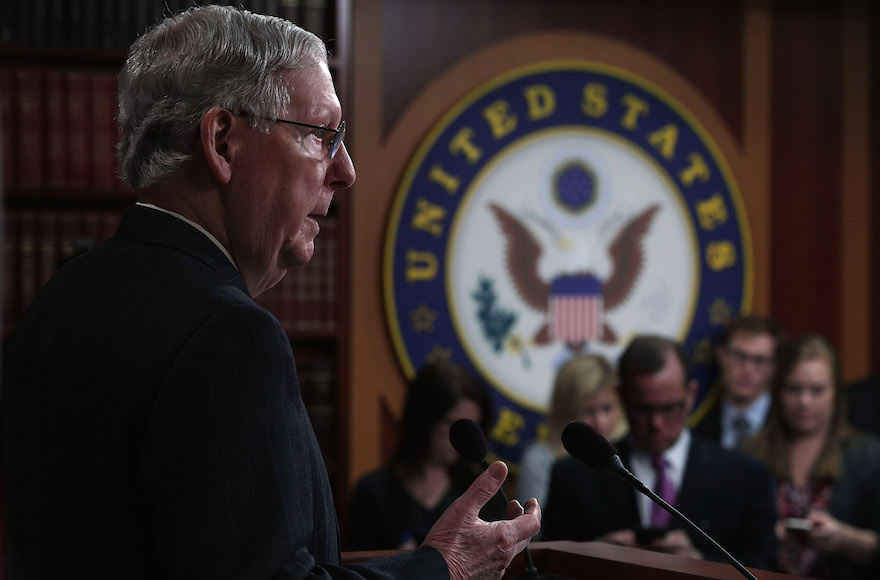 “Every U.S. Senator should vote no on health care repeal,” said the full-page ad appearing Monday in The New York Times signed by 28 groups.

The majority of groups were major health care advocacy organizations, including the Cancer Advocacy Network, the March of Dimes, the American Lung Association and the American Academy of Family Physicians. The Union for Reform Judaism was among a handful of faith-based groups, including Protestant and Roman Catholic.

Republicans have long objected to the legislation known as Obamacare, saying it has driven up insurance prices in some areas of the country and put Americans at risk. Defenders say it has expanded the number of Americans who are insured.

President Donald Trump has made its replacement the signature mission of his first year in office, and it seemed likely with Republicans controlling both chambers of Congress. The U.S. House of Representatives passed a replacement bill earlier this year. Republicans in the Senate, unable to come up with a compromise that would satisfy both moderates and hard-line conservatives among them, are now considering whether to simply repeal the bill, with a two-year delay to come up with a replacement.

A vote should take place this week; the outcome remains in doubt.

Health care advocacy groups, including an array of Jewish organizations, say a repeal could be disastrous, resulting in tens of millions of Americans losing their insurance. Also of concern are proposed cuts to Medicaid, the federal program subsidizing insurance for the poor.