Israeli-owned Berlin bookstore closes amid accusations of pressure from left 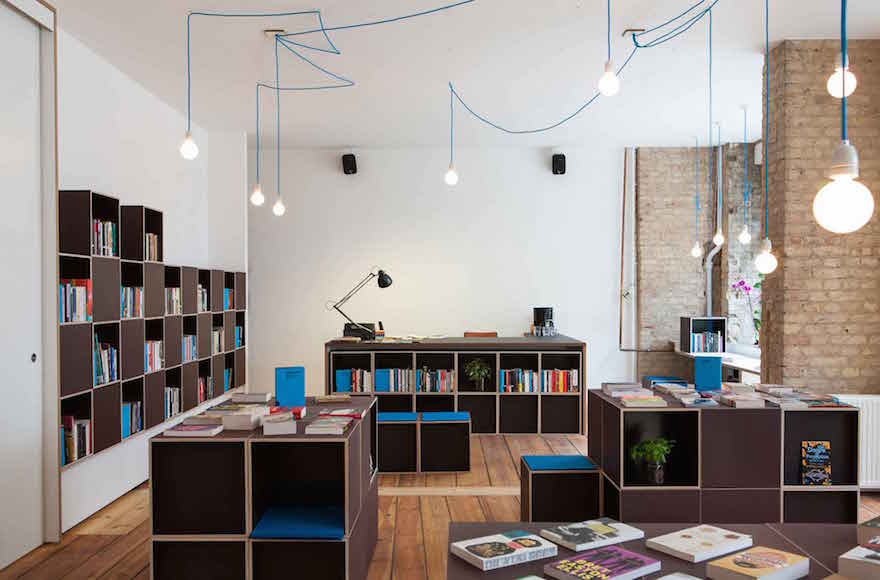 BERLIN (JTA) — The Israeli co-owner of a Berlin bookshop played down reports that the store was closed after threats and pressure by far-left activists.

Doron Hamburger, co-owner of the Topics book store in the Neukölln district, wrote Saturday on Facebook that “the real reason for closing [is] first and foremost financial.”

Hamburger was responding to an article by a columnist for the Zeit newspaper, Armin Langer, which charged that threats from left-wing groups, including the far-left group known as TOP B3rlin, forced the closure.

“The fact is that a Jewish bookstore in Neukölln is now shuttered because of the power drunkenness, stupidity, and humorlessness of self-righteous descendants of the perpetrators” of the Holocaust, Langer wrote, referring to leftists.

Langer connected the pressure and the closure to the store’s plans in March for an event focusing on the philosophy of the Italian fascist author Julius Evola, who today is considered an inspiration to the “alt-right” movement in the United States. The event was canceled after an anti-fascist protest, even though, Langer wrote, the discussion about Evola was not meant to celebrate his views but critique them.

He called members of TOP B3rlin “self-appointed guardians against anti-Semitism with no understanding” of the issue.

Yet Hamburger, who owns the “conceptual English bookshop” with another Israeli, emphasized that the shop was faltering financially.

“I’ve spent too much money on building the place, bought a way too expensive stock of books, gave away too much things for free, hadn’t utilized the commercial potential of the concept of Topics and the shop, but hey, these are my problems, and I take full responsibility for them,” he wrote on Facebook.

Though Hamburger said he experienced some anti-Semitism while running the shop over the years, “Please leave the anti-Semitic claim out,” he wrote. “[I]t is not the case here with this specific incident.”

Meanwhile, in Vienna, some 1,000 supporters of the Singer bookshop in the city’s Jewish museum have signed an online petition to keep the shop open. Museum director Danielle Spera reassured readers of the Standard newspaper that there will be a bookstore, but run by a different tenant. In addition to books, it will also offer items made in Israel and crafts made by Jewish artists.