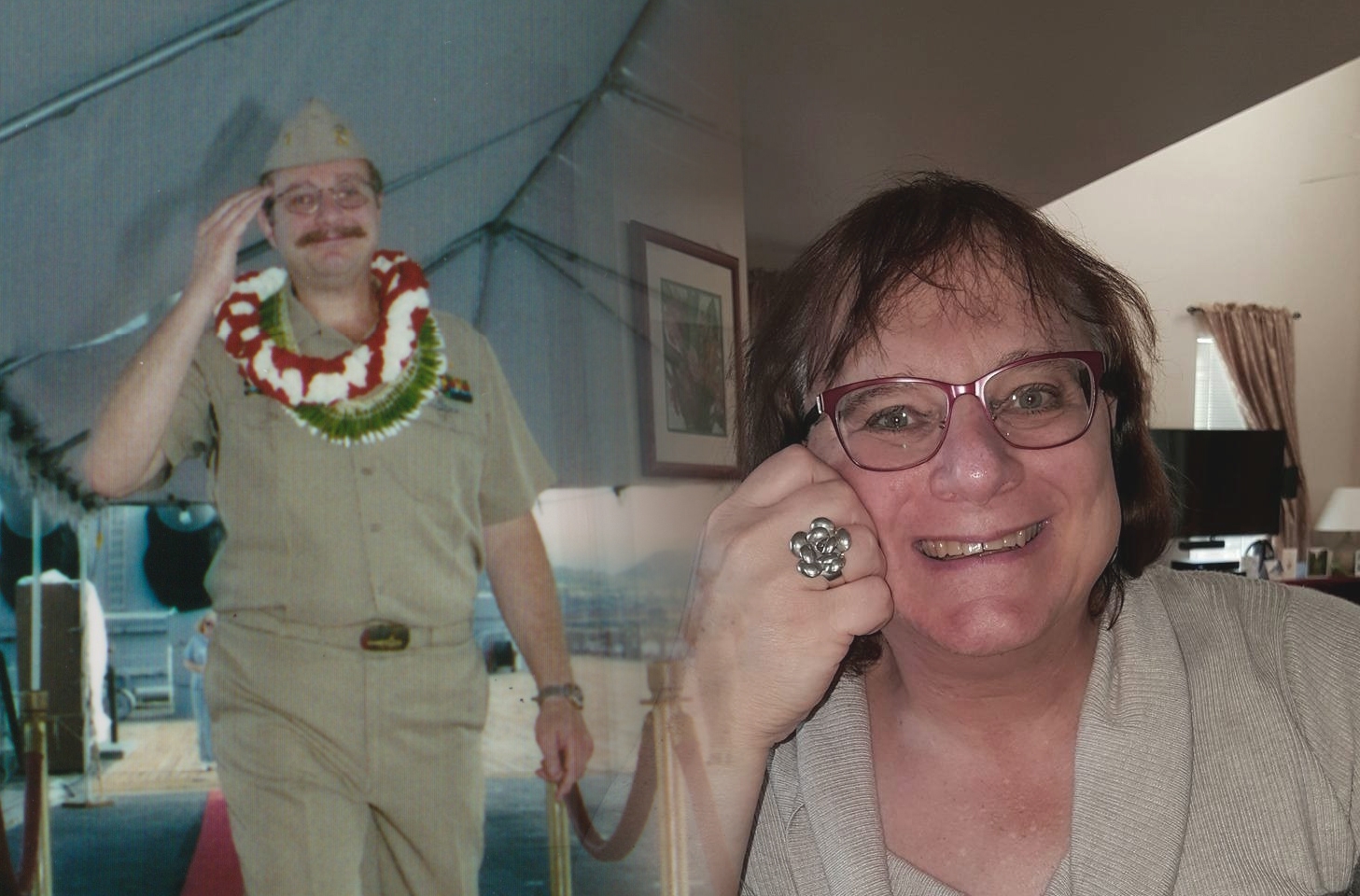 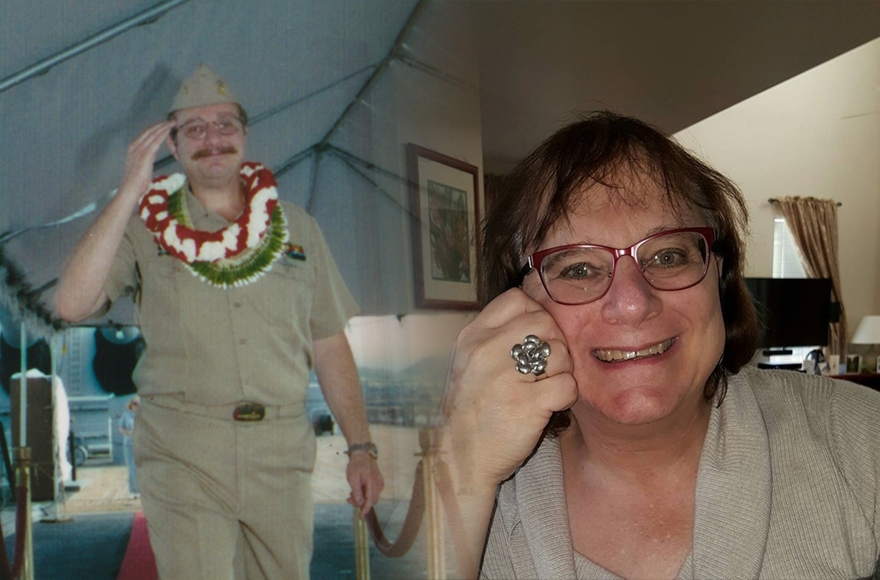 Rona Matlow, seen at left as Jaron, served in the Navy for 22 years before leaving to become what she calls “the only nuclear-qualified, transgender rabbi.” (Photos courtesy of Matlow)

WASHINGTON, D.C. (JTA) — On Wednesday, in our offices near this city’s Dupont Circle, the staff at Jewish War Veterans of the U.S.A. were opening the mail when a request came in from a veteran asking that we change her first name on our records from Jaron to Rona.

“I just immediately did it without a second thought,” said Lauren Hellendall, a membership team member, said Thursday. “Then I thought about the significance of it because of the president’s announcement yesterday. I found out after doing some research that Rona Matlow was a Life Member of Jewish War Veterans of the U.S.A., and I thought it would be invaluable to share her story as a dedicated Jewish veteran.”

On Wednesday morning, President Donald Trump tweeted that transgender individuals would no longer be allowed to enlist or serve in the military, surprising both service members and Pentagon leaders.

“I went upstairs to our public relations department, and they just took it from there,” Hellendall said.

Rona served 22 years in the Navy as both enlisted and as an officer in its nuclear power program — in submarines, nuclear cruisers, frigates and a destroyer. She retired with the rank of lieutenant commander when she decided that the Navy had taken too much of a toll on her.

After leaving the Navy, Rona was ordained as a rabbi by the Academy for Jewish Religion and started volunteering as a chaplain for the veteran community. In 2015, she started to address her gender dysphoria and begin her transition.

I asked Rona, who lives in the Greater Seattle area, how she felt about the president’s announcement.

“I was absolutely devastated and furious,” she answered. “Immediately I was very worried about the 15,000 active duty trans personnel that are currently serving in the military. I have talked to service members with 19-plus years of service who would be kicked out of the military without a pension.”

“It costs well over a million dollars to train a pilot. Kicking these people out is incredibly more costly than keeping them in,” she said. “Even if [the military] paid $30,000 for the surgery, they would have to pay a million dollars training a new pilot. That’s absurd.”

“I was also happy to see that Dunford and Mattis are supporting our service members,” said Rona, referencing the chairman of the Joint Chiefs of Staff, Marine Gen. Joe Dunford, and Secretary of Defense James Mattis.

Immediately after the president tweeted about the ban, Dunford said there has been no change in policy “until the President’s direction has been received by the Secretary of Defense and the Secretary has issued implementation guidance. In the meantime, we will continue to treat all of our personnel with respect.”

Mattis, who was on vacation and caught off guard by the president’s tweets, reportedly was “appalled” by Trump’s call for a ban.

“These tweets are ill-informed, ill-advised, and they were made without the backing or consultation of the Chiefs of Staff or Congress – such a policy has to be made with both of them,” said Rona.

Rona is right. Tweets are not the way to make policy. We urge the president to sit down with his Joint Chiefs of Staff and defense secretary to develop a policy with the backing of research as well as regard and respect for the individuals who have served our nation with honor.

Until then, Rona will proudly tell anyone that she is “the only nuclear-qualified, transgender rabbi,” and we’re proud to have her.

(Anna Selman is the programs and public relations coordinator for Jewish War Veterans of the U.S.A. and an Army veteran.)