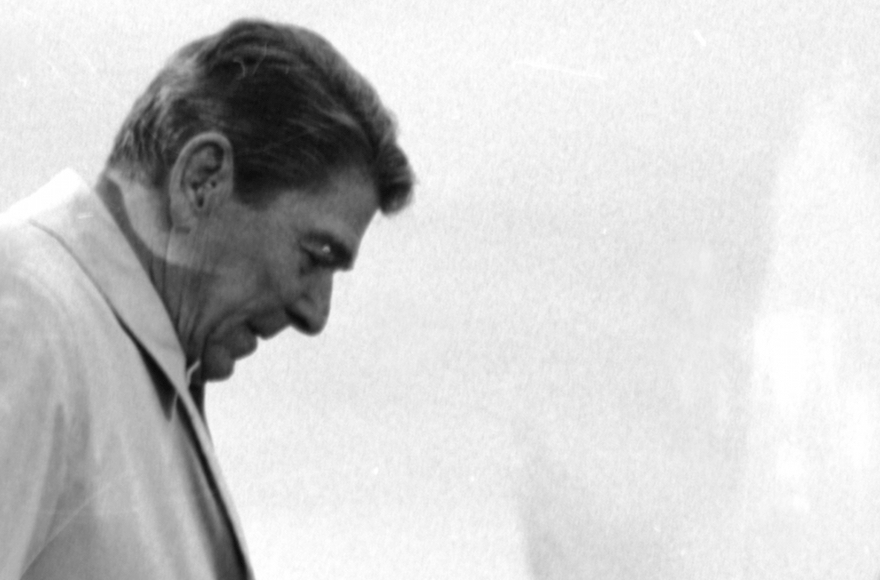 (JTA) — Did Anthony Scaramucci, sent packing from the White House on Monday, set a record for the shortest stint as communication’s director?

Scaramucci — The Mooch — was let go in part because of an obscenity-laden interview he gave to The New Yorker magazine last week. He wasn’t set to formally take the job for another two weeks (Aug. 15) but he clearly had started work as of Friday, July 21 — so that’s 11 days.

But there was, in fact, a communications chief who was on the job for a shorter period. According to our archive, John Koehler lasted just five working days in 1987, under President Ronald Reagan.

Why? Officially, Koehler was ousted as part of a reorganization. And yet our story notes that Koehler, an immigrant from Germany, had been in Hitler Youth.

It turns out that the “reorganization” was more fact than spin. Howard Baker had taken over as Reagan’s chief of staff from Donald Regan — who had left suddenly because of his clashes with First Lady Nancy Reagan, and who had hired Koehler. Baker wanted his own guy, Tom Griscom, in the slot.

The Hitler Youth reference, which kept coming up in the reporting at the time, clearly irked Koehler: He had never hidden his membership for six months when he was 10 years old. “Christ, it’s on every damn statement I’ve ever made,” the former Associated Press executive told UPI before he assumed the job. Two of his three wives were Jewish and, he said, he attended synagogue. As a teenager in Germany he worked as an interpreter for the U.S. Army, and later, after he became a U.S. citizen, served in army intelligence.

He died in 2012 and was buried with military honors at Arlington Cemetery. Reagan, to whom Koehler had been close, kept him on staff at the U.S. Information Agency.

There’s another irony surrounding Koehler: The man who worked hard to shake off the stigma of belonging to Hitler Youth had replaced Pat Buchanan, an official who consistently displayed anti-Jewish bias, and who urged Reagan stick to his notorious decision to pay tribute at a German military cemetery.