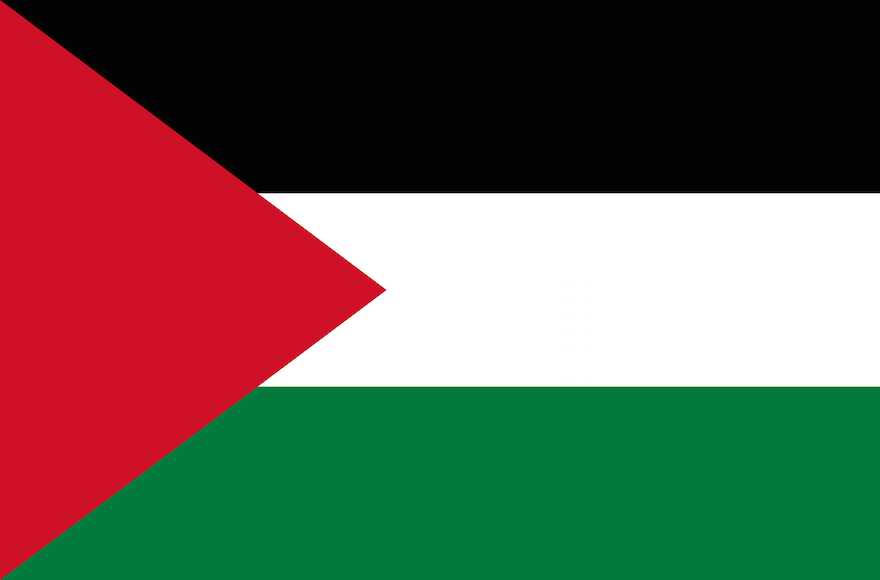 (JTA) — A Jewish camp in Washington state apologized after flying a Palestinian flag “as a sign of friendship and acceptance” to visiting Palestinian Muslim and Christian students.

In a letter sent to parents and supporters following the visit, the camp wrote: “For the sake of a teachable moment, we did raise the Palestinian flag as a sign of friendship and acceptance. It was met with uncertainty by some campers and staff, especially the Israeli’s [sic], but all understood that the message of hope for peace by flying the Israeli flag alongside helped develop empathy. Still we plan to take down all the flags for Shabbat since there is no peace and also to relieve the sadness and anger that some feel by the site [sic] of the flag.”

The letter also said the camp “remain(s) unabashedly pro-Israel and we are celebrating Israel alongside our new friends.”

The independent camp, founded on “the ideals of the Conservative movement,” is not affiliated with the movement’s Ramah camps or Solomon Schechter day schools.

In the letter of apology sent Sunday and posted on the camp’s Facebook page, the camp indicated that the Kids 4 Peace group requested the raising of a Palestinian flag alongside the U.S., Canadian and Israeli flags that are raised daily.

“We sincerely apologize that we upset some in our CSS and larger Jewish community by introducing the Palestinian flag into our educational program,” the letter, first reported by Seattle blogger Michael Behar, said. “Camp Solomon Schechter reiterates our unwavering support for the State of Israel as the Jewish homeland.

“Camp Solomon Schechter is a proud Zionist and pro-Israel camp. We honor the Israeli Army and Israeli people on a daily basis at CSS. Our goal was to create a safe space for all, and begin dialogue among the next generation.”

The camp’s Facebook page was no longer available as of Monday morning.

Until the Facebook page was taken off line, comments were largely negative, with many saying the camp should not have raised a flag waved in support of terrorists carrying out attacks against Jews.

“This kumbaya crap is mind-blowing,” one commenter wrote on Facebook. “Yes, IF we had Arab partners in peace, we might try more efforts like this, but we don’t and you’re kidding yourselves if you believe otherwise.”

But some applauded the camp for trying to be a positive force toward peace.

“The ONLY reason one would see a Palestinian flag at CSS is to further peace, love, justice, friendship and to bring God’s love into this world,” the commenter wrote. “Honoring Palestinian children and their identity and loving Israel and being Zionists are not mutually exclusive.”

“Camp Solomon Schechter regrets raising the Palestinian flag alongside US, Canadian and Israeli flags on Thursday and Friday mornings and it is a long standing CSS custom to lower flags for Shabbat and raise them again Sunday morning,” the statement said. “We neglected to foresee in such actions the serious political implications and for that lapse in judgment, we are deeply sorry.”

RELATED: Was a Jewish summer camp PC in raising a Palestinian flag — or in lowering it?