Rodney Dangerfield finally to get some hometown respect 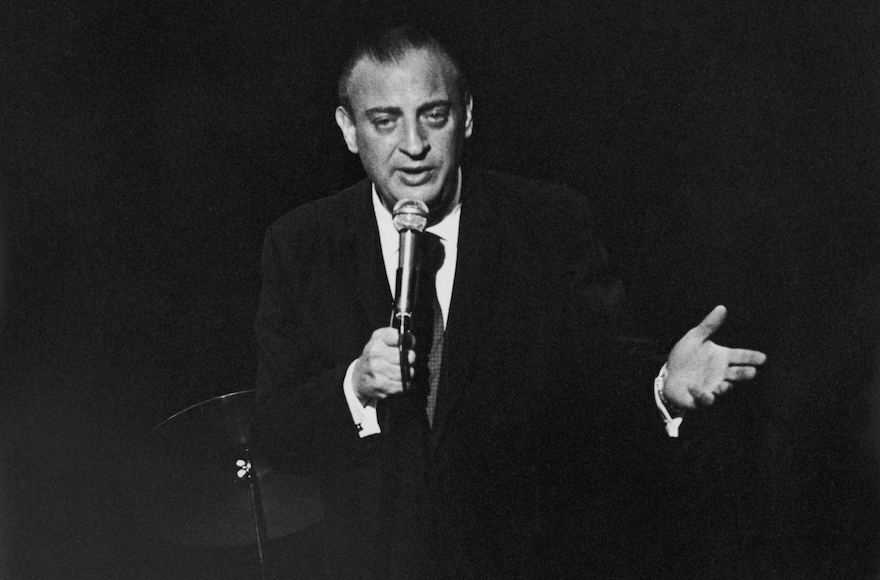 (JTA) — The late Jewish comedian and actor Rodney Dangerfield will get some respect from the New York City neighborhood where he grew up.

A plaque honoring Dangerfield, whose birth name was Jacob Cohen, will be unveiled Friday in a garden in Kew Gardens, Queens, next to the building that Dangerfield lived in as a child, The New York Times reported. Dangerfield died in 2004 at 82.

A local historian and teacher, Carl Ballenas, told the Times that the standup comic’s self-deprecating style came from his upbringing in Kew Gardens, where he lived with his mother and sister and worked menial jobs such as delivering groceries to wealthy neighbors, and was subjected to anti-Semitism.

Ballenas told the news website DNAInfo that a group of his students in the Aquinas Honor Society of the Immaculate Conception School in Jamaica Estates came up with the idea to honor Dangerfield when they worked on a book about the history of Kew Gardens. Joan Dangerfield, the comedian’s widow, worked with them on the project.

The students also collected memorabilia related to Dangerfield that will be displayed at a nearby bar, Austin’s Ale House.

Dangerfield was best known as a standup comedian, but achieved his widest fame in the  early 1980s with his roles in the comedies “Easy Money,” “Caddyshack” and “Back to School.” Dangerfield occasionally came back to visit the old neighborhood, especially Bailey’s, the bar that preceded Austin’s Ale House in the same building, according to the Times.

The plaque will include a reference to his catch phrase, “I don’t get no respect!” It will be unveiled during the opening events for the 10-day Kew Gardens Festival of Cinema. No Dangerfield films will be screened at the festival, however.