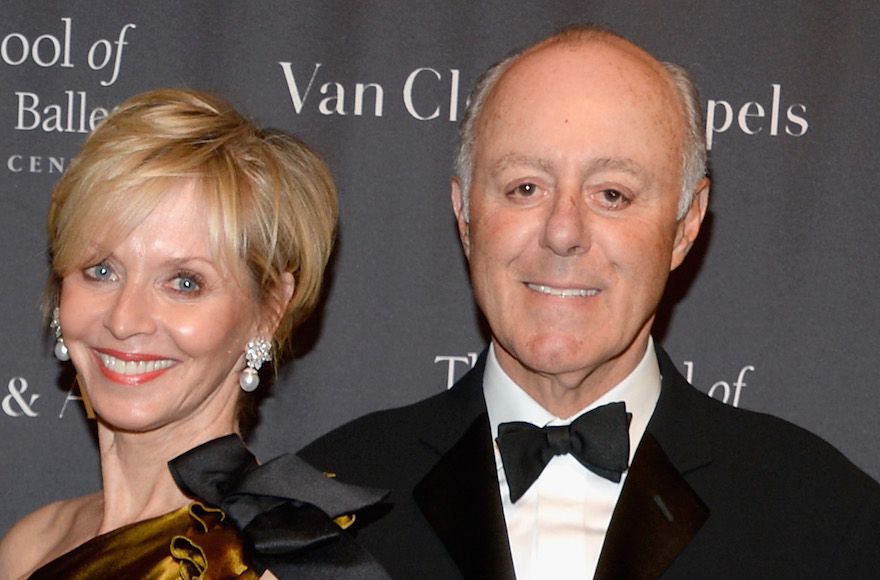 (JTA) — Jeff Brotman, who co-founded the members-only retail giant Costco and was the chairman of its board of directors, died at his home outside Seattle.

Costco Wholesale Corp. said Brotman died early Tuesday at 74. The cause of death was not immediately known.

Raised in Tacoma, Washington, Brotman formed Costco in 1982 with partner James Sinegal. By 2016 Costco had 85 million members and $9 billion in annual sales, making it the country’s third largest retail chain after Amazon and Walmart.

Brotman was an active philanthropist, donating to the arts and health-related causes, and to Democratic political candidates. He also supported Jewish causes, and frequently cited the influence of his childhood rabbi, the late Richard Rosenthal of Temple Beth Israel in Tacoma.

In 2014 he donated nearly $1 million to Temple Beth El in Tacoma to build a preschool and day care. The synagogue was formed with the merger of his childhood congregation and another local synagogue.

“The congregation launched me into being a responsible adult,” Brotman told The News Tribune of Tacoma at the time. “I was interested in doing something for them where I thought it would have a major impact.”

Brotman’s grandparents emigrated from Romania to Saskatchewan, Canada. His father, Bernie, operated a chain of retail stores in Washington state and Oregon.

Brotman earned a degree in political science from the University of Washington and attended its law school. He and his brother, Michael, started Bottoms, a jeans store for young women, and Jeffrey Michael, a chain of men’s stores.

He was an early investor in Howard Schultz’s Starbucks coffee empire and was involved in several other retail ventures.

Brotman and Sinegal opened their first Costco warehouse in 1983 in Seattle. The company now operates 736 warehouses around the world.

He was married to the former Nordstrom executive Susan Thrailkill. The couple had two children. Other survivors include two grandchildren.

Brotman was a supporter of the Jewish Federation of Greater Seattle.

“Helping the disadvantaged, encouraging diversity, fostering a community that treats its people well — these were values I learned from my parents as well as in Sunday school, values from Rabbi Richard Rosenthal, my rabbi at Temple Beth El, and my grandfather, who helped with the movement to plant trees in Israel,” Brotman said in a statement that appears on the federation’s website. “When I see some of the fundamental unfairness built into the system for people who are less fortunate, and couple that with my family’s tradition of helping others, I am compelled to act, compelled to give what I can to help.”