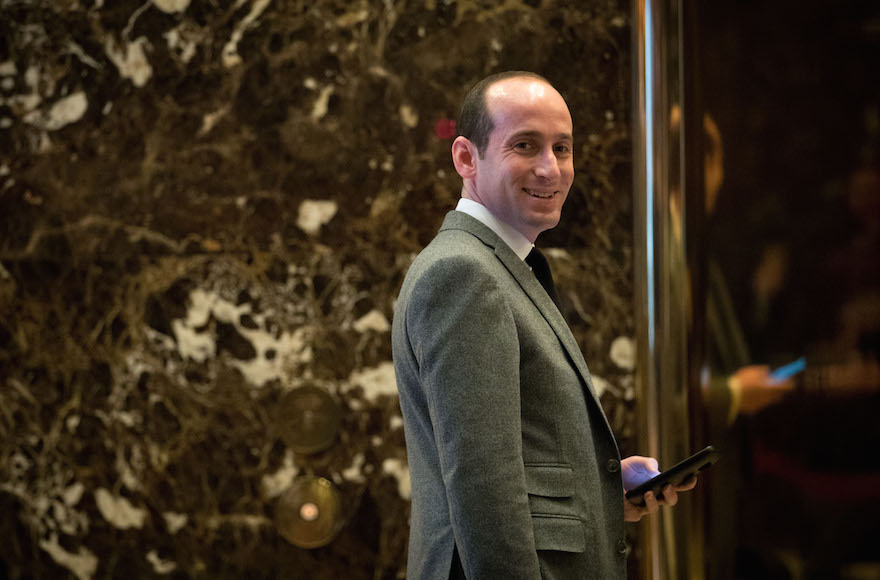 He would replace Anthony Scaramucci, who was let go in part because of an obscenity-laden interview he gave to The New Yorker magazine late last month. Scaramucci wasn’t set to formally take the job until Aug. 15, but had been working in the position for 10 days when he was effectively fired.

The effort to find a successor to Scaramucci is still in the name-gathering process, and Miller is not the only top contender, the news website Axios reported Saturday.

Miller raised his profile last week after telling CNN’s Jim Acosta during a White House news conference that a famous poem by Jewish writer Emma Lazarus praising the Statue of Liberty as a beacon for new immigrants “doesn’t matter” since it was attached to the site years after the statue was erected.

Axios reported that White House top strategic adviser Stephen Bannon likes the idea of Miller for the job, and said Miller was the hero of the West Wing after he attacked Acosta as a “cosmopolitan” for his views on immigration.

Miller, who is Jewish and the descendant of immigrants who arrived at Ellis Island, is known as a proponent of what Bannon calls “economic nationalism.”

Miller has been called “one of the chief architects” behind the executive order that temporarily banned citizens of seven predominantly Muslim countries and indefinitely banned Syrian refugees from entering the United States. He also has ties to David Horowitz, founder of a right-wing think tank that “combats the efforts of the radical left and its Islamist allies to destroy American values and disarm this country as it attempts to defend itself in a time of terror.”