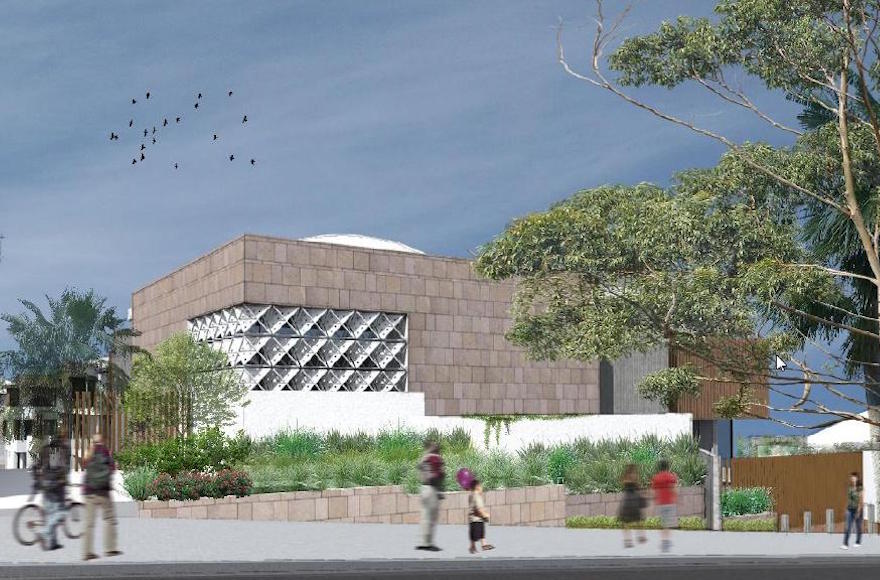 SYDNEY (JTA) — A Chabad congregation whose bid for a new synagogue building was blocked out of fears that it would become a target for terrorism will resubmit plans to the local municipality.

Leaders of the congregation, known as Friends of Refugees of Eastern Europe, or FREE, met Wednesday with Sydney’s Waverley Council to discuss the proposed synagogue and apartments to be built near the popular Bondi Beach.

The congregation made international headlines last week when a zoning court upheld the council’s decision to ban construction of the synagogue in the Sydney suburb of Waverly because it could become the target of a terrorist attack.

Jewish leaders said the decision was anti-Semitic and a sop to terrorists, while the Waverley Council claimed FREE had not adequately addressed security concerns the congregation had raised in its own application.

After Wednesday’s meeting, FREE announced they will submit plans for a new development application to build the synagogue in Bondi. The congregation and the council suggested jointly that a proposed weekend protest would “be unproductive. ”

The new development application could be in place as early as December.

Attending Wednesday’s meeting were the mayor, the council’s acting general manager and senior planning. Representing FREE were Rabbis Yehoram Ulman, Eli Feldman and Eli Schlanger, along with their town planning adviser and architect.

The meeting opened with a prayer led by Feldman, who acknowledged Waverley Council’s commitment to and support of the Jewish community.

Waverley Council reaffirmed that a synagogue would normally be permitted at the site under Waverley planning controls and that security issues around other synagogues and Jewish schools had been dealt with quickly and without controversy in the past.

Both parties agreed that court’s decision was not prejudicial or terror-related, and that the objections raised in the judgment could be overcome.

FREE officials said they would submit a revised security assessment as part of its new development application.

Ulman welcomed the council’s offer to meet again to discuss a new application, and was heartened to hear that a synagogue is an acceptable use for a building on the land.

“The meeting today was positive and we look forward to working with Waverley Council to address issues raised in the Land and Environment Court judgement. All going well, we may have development approval in place as soon as December,” Ulman said.

Cathy Henderson, Waverley Council’s acting general manager, told reporters: “We are very pleased that Waverley and FREE have committed to working together constructively. Both parties will follow the legal process for submission and assessment of the new development application and I feel confident that outstanding matters, including security, can be resolved.”

Avi Yemini, who was organizing what would have been a protest rally on Aug. 13, accepted the recommendation of both sides to cancel it.  “I cancelled the rally last name night when I was informed by FREE that an agreement had been reached,” Yemini told JTA. “Our objective was to ensure the shul was going to be built. It will be.”

Vic Alhadeff, CEO of the New South Wales Jewish Board of Deputies, told JTA: “It is a positive development that the parties are working together to find a solution, and hopefully they will achieve a mutually satisfactory outcome.”