Iran removes soccer players for competing against an Israeli team 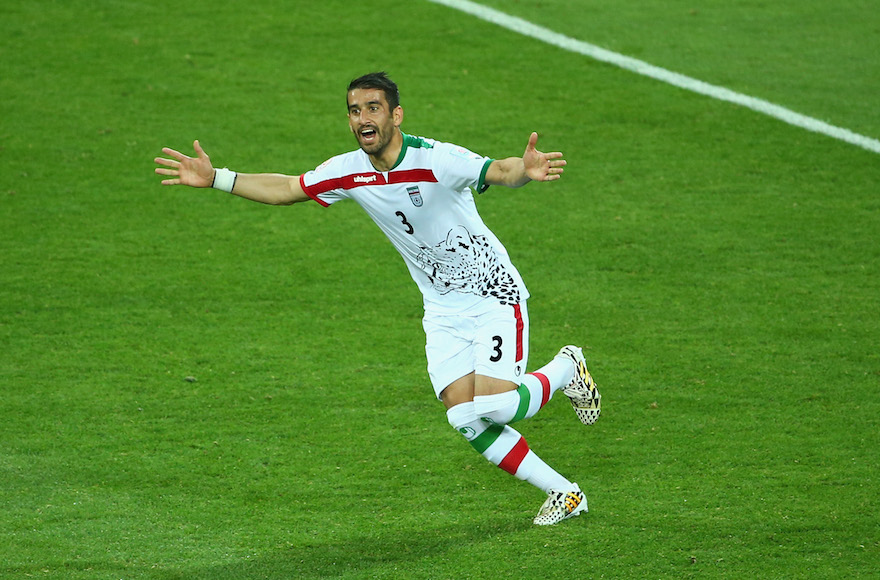 (JTA) — Iran reportedly has removed two players from its national soccer team after they competed against an Israeli team.

“Shojaei and Haji Safi have no place in Iran’s national football team any more because they crossed the country’s red line,” Deputy Sports Minister Mohammad Reza Davarzani said on state television, according to the French news agency AFP.

Davarzani acknowledged that in the previous round, the players had declined to travel with their team to play in Israel despite receiving “pressure.”

“Well done to Masoud Shojaei and Ehsan Haji Safi who broke the taboo of not playing in matches against Israeli athletes,” Israel’s Foreign Ministry wrote on its Farsi language Twitter account, according to reports.