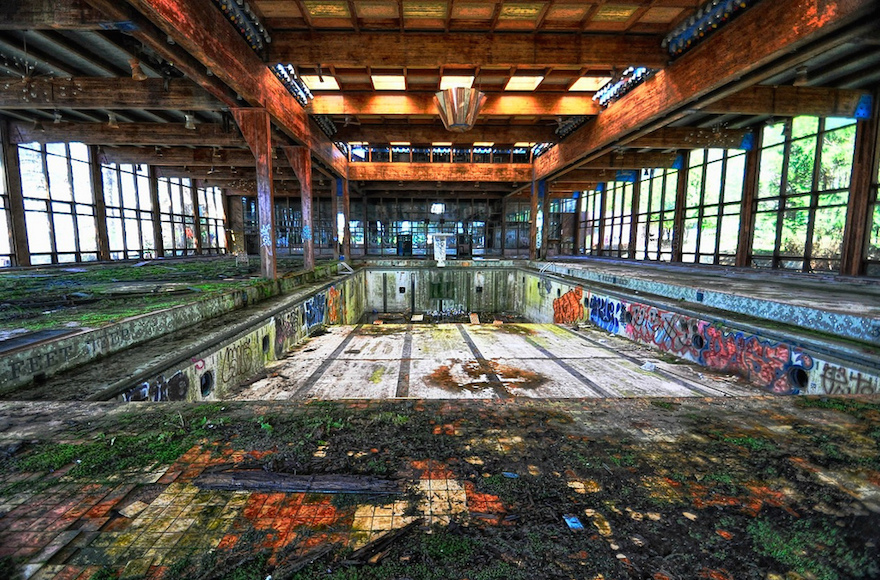 A photo of the former Grossinger's resort in 2013. (Flickr Commons)
Advertisement

(JTA) — The owner of the former Grossinger’s resort in the Catskills is hoping to reopen the property as a hotel, spa and conference center.

Louis Cappelli, a real estate developer in New York’s Westchester County who has owned the former resort property for two decades, is looking for state funds to clean up the site as a first step toward reopening Grossinger’s, the New York Times reported Wednesday. The resort, once a vacation refuge in the mountains for a largely Jewish clientele, closed its doors in 1986.

Cappelli has applied to the State Department of Environmental Conservation requesting that a portion of the property be designated a brownfield, or contaminated site. Such a designation would make the property eligible for state funds to help with remediation of the soil and groundwater, according to the Times.

Cappelli’s interest in reopening the resort is due to the planned opening of the Resorts World Casino, a $750 million complex which is being built on the property of the former Concord Resort Hotel in nearby Kiamesha Lake.

“For 17 years I’ve been a lone wolf trying to do this, and I really haven’t been able to accomplish it because of the enormity of the task,” Cappelli told the Times. “But now that the casino is in fact going to be opening up there, I think the opportunity now exists to have this kind of original dream come true.

The Times called Grossinger’s the inspiration for the fictional Kellerman’s resort featured in the movie “Dirty Dancing.”