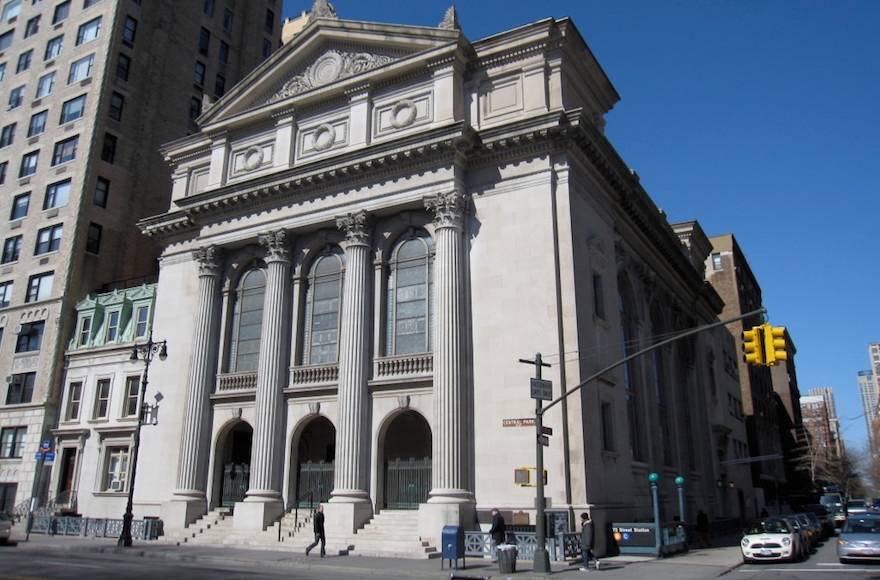 (JTA) — A New York appeals court revived the unlawful termination lawsuit against a synagogue that fired a staffer who became pregnant before her wedding.

The ruling by the 2nd U.S. Circuit Court of Appeals on Thursday opens the door to renewed legal action by Alana Shultz, a former employee of Congregation Shearith Israel in Manhattan, Reuters reported.

Shultz had worked as a program manager for the congregation for 11 years when she was fired in 2015. Shultz said she was fired on July 21, 2015, a day after returning from her honeymoon, and was told during a meeting with synagogue officials that her firing was part of a “restructuring.”

According to her lawyer, however, she was fired after her employers learned that she was 19 weeks pregnant.

Her dismissal was effective on August 15, 2015, but Shultz said the synagogue tried to reinstate her 10 days earlier after learning she had hired a lawyer, Reuters reported.

Sarir Silver, a lawyer for the congregation, said her clients are reviewing their legal options and may appeal.

A lawyer for Shultz welcomed the decision. “No female employee should have to fear termination because she becomes pregnant,” Jeanne Christensen said in an email. “We look forward to vindicating our client’s rights.”

Shearith Israel, also known as The Spanish & Portuguese Synagogue, is the oldest Jewish congregation in the United States. Last week, a federal appeals court in Boston affirmed its ownership of the Touro Synagogue in Newport, Rhode Island — the country’s oldest synagogue building — and its set of historically significant silver Torah ornaments.