This Michelin star pastry chef started her own knish company 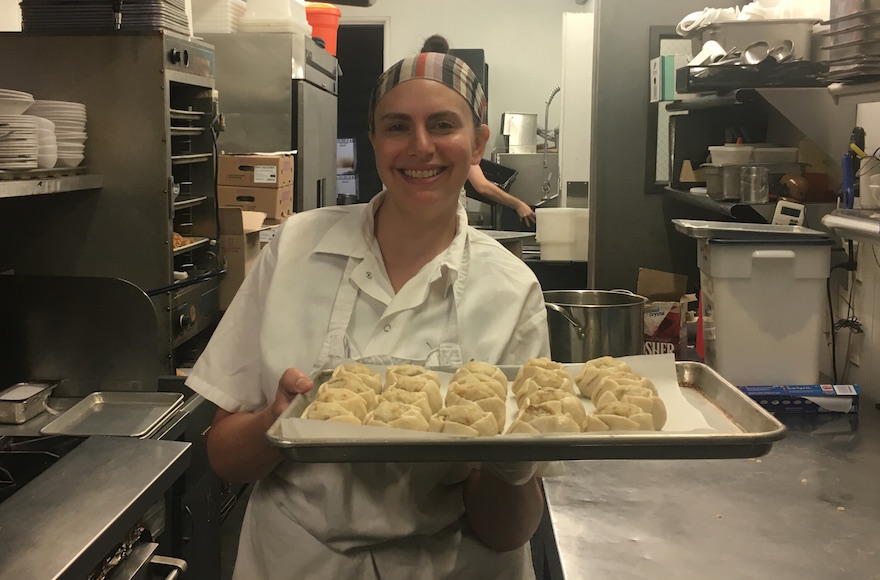 NEW YORK (JTA) — Larissa Raphael was sick of eating knishes that packed in plenty of potatoes but no punch.

As the former pastry chef of a late lamented restaurant that earned a Michelin star, she decided to take matters into her own hands. In February, Raphael, 47, launched her one-woman knish business, Riss’ Knishes.

Raphael started cooking up the idea last year when an acquaintance suggested she make the doughy pockets with roots in Jewish Eastern Europe. She tested various recipes and gave them to friends and family members. One neighbor was so smitten that at his encouragement, she decided to make it a business.

Raphael’s savory, flavorful creations are not your grandfather’s favorite deli’s knishes, and they look different, too: Instead of dough that completely wraps the filling, Raphael treats the dough as more of a crust, shaping it in a rose-like pattern with the smooth filling peeking from the center.

“I took my pastry chef skill and mixed it with my love for potatoes and created a knish that’s a little more artisanal,” Raphael told JTA on a recent Wednesday morning in Brooklyn after finishing up a batch of knishes.

Raphael, who grew up outside Philadelphia and studied to become a pastry chef at the South Seattle Community College, is selling her wares at Fulton Stall Market, an upscale food hall in downtown Manhattan that offers locally made food and produce. She is in talks with Whole Foods to sell her knishes in its stores. 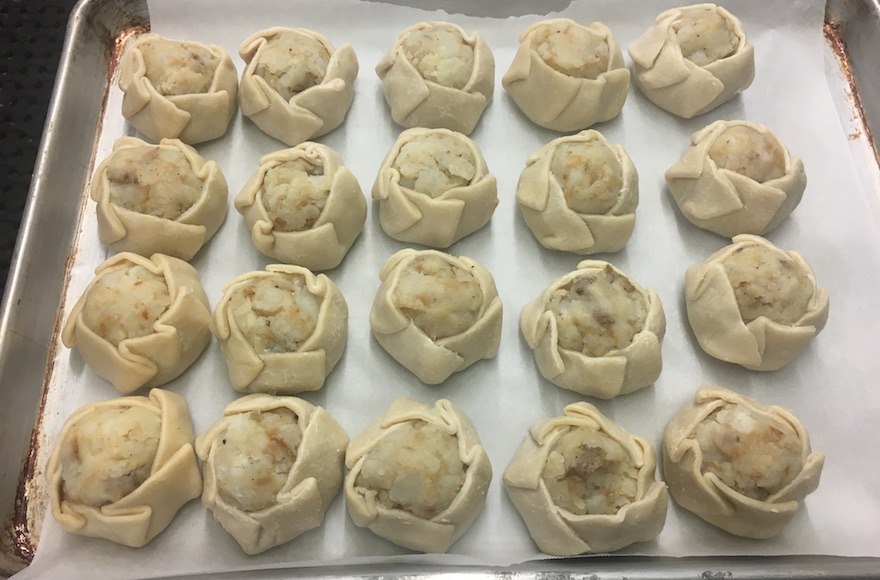 Raphael’s flavors range from the classic potato-onion knish to inventive new takes such as mushroom Gruyere and poblano jalapeno cheddar.

Prior to launching Riss’ Knishes, all with her own money, Raphael was the head pastry chef at Telepan, whose owner-chef Bill Telepan she met when the two worked at Judson Grill. Telepan, a farm-to-table restaurant on Manhattan’s Upper West Side, was awarded a Michelin star three years in a row but closed in 2016 due to financial reasons.

Raphael starts her day early, waking up at about 3 a.m. to get from her Lower East Side home to Runner & Stone, a Brooklyn restaurant whose owners lend her the kitchen a few times a month. She goes through some 36 pounds of potatoes to produce around 300 knishes a month, which she sells frozen for $3.50 each or $12 for four.

The daughter of a Jewish father and a Unitarian Universalist mother, Raphael grew up celebrating both Christian and Jewish holidays at home. She remembers eating Jewish food, including knishes (though they were — gasp! — store bought) at the home of her paternal grandparents on Long Island.

While working at Telepan, the restaurant hosted a squash and sweet potato-themed dinner, and Raphael wanted to make sweet potato knishes. Though they didn’t pan out, she found herself coming back to the idea last year.

“I’d like to expose the culture of Jewish food to more people,” she said. “I think food brings people together. I think there’s always that saying of when you break bread with somebody, you form a relationship.

“Not that the knish is going to save the world — it’s just one step of sharing something and bringing people together.” 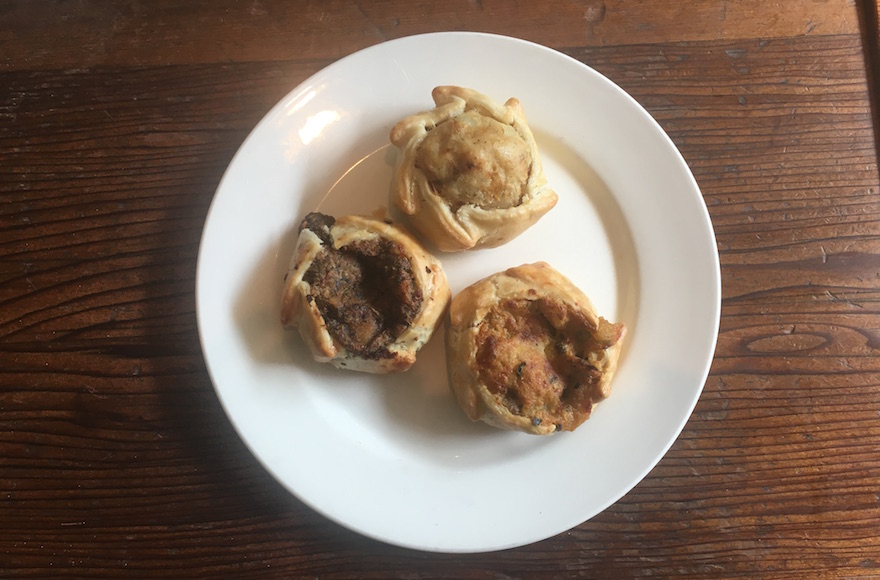 When it comes to flavors, Raphael tries to balance tradition with modernity. Lately she has been fielding requests to make a knish filled with kasha, or buckwheat.

“If a lot of people are going to want to buy a kasha knish, I’m going to make it,” she said. “But if I do something that traditional, then maybe the next one I do can be a little more playful. I kind of want to satisfy the traditionalists and look to open up the ideas of what a knish can be.”

No matter the filling, Raphael is convinced that knishes can please anyone’s palate.