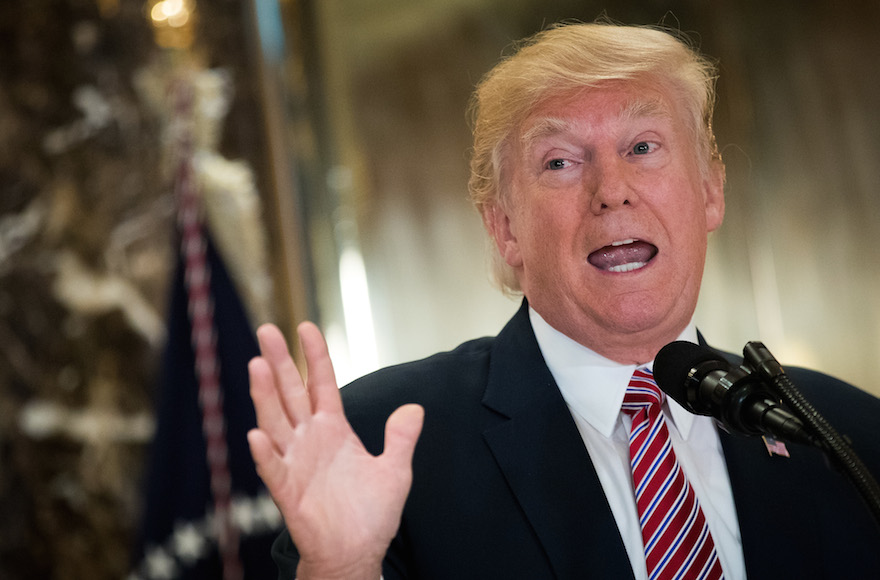 “The Nazis, the KKK, and white supremacists are dangerous anti-Semites,” the group’s national chairman, Norm Coleman, and executive director, Matt Brooks, wrote in a statement posted first on Twitter Wednesday. “As representatives of an organization … with many members who experienced firsthand the inhumanity of the Nazi Holocaust, we state unequivocally our rejection of these hatemongers — you can expect nothing less from the Republican Jewish Coalition.”

The RJC had previously posted a three-sentence statement on its website in response to the anti-Semitism on display at the Charlottesville far-right rally on Saturday.

Trump reiterated Tuesday that he believed that both the protesters, whose ranks included members of the Ku Klux Klan and neo-Nazi groups, and leftist counterprotesters shared blame for the violence in the southern Virginia city.

The new statement from Coleman and Brooks tacitly references Trump’s claim that some of the protesters were “good” people attempting to defend a statue of Confederate Gen. Robert E. Lee.

“There are no good Nazis and no good members of the Klan,” they wrote.