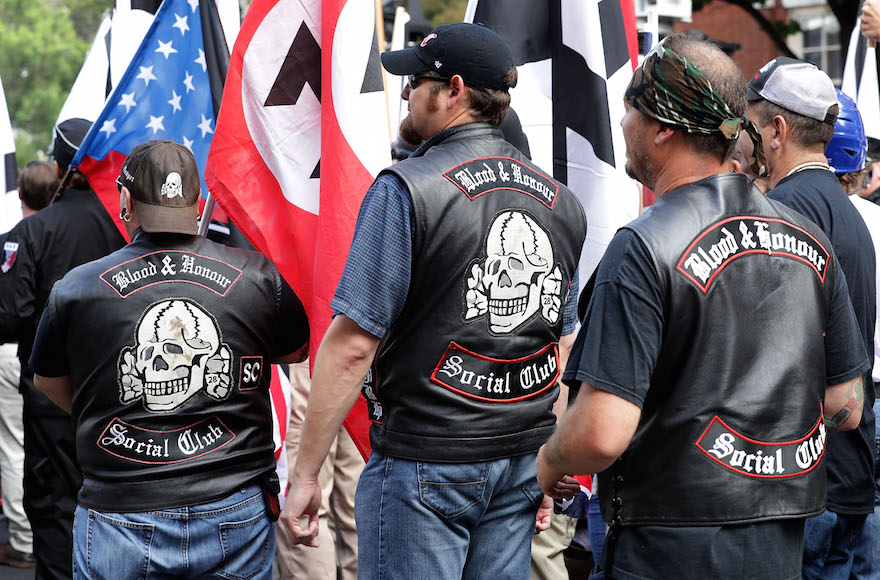 SAN FRANCISCO (J. The Jewish News of Northern California via JTA) — It sounds like a deal with the devil, but a new GoFundMe page that asks people to “Adopt-a-Nazi” is actually a fundraiser for a civil rights group.

“What it shows is that people want to do something positive,” Harris said.

When Harris heard about the San Francisco rally, he was shocked that a national issue stirred by the events in Charlottesville, Virginia, was coming to his doorstep. He created the GoFundMe page “Adopt-a-Nazi (Not Really)” to raise money for the Southern Poverty Law Center, a national organization fighting hate and extremism and tracking neo-Nazi and white supremacist groups.

Harris came up with the idea after hearing about a town in Germany that countered a neo-Nazi parade in 2014 with a fundraiser to benefit anti-extremist groups. He asked the Jewish Bar Association of San Francisco, where he is a board member, to take on the effort.

The Aug. 26 rally is being organized by the Portland-based group Patriot Prayer, whose events have been marked by clashes between protesters and counterprotesters. The group is led by Joey Gibson, a Trump supporter who has publicly denounced white supremacists but whose rallies still draw white nationalists, anti-Semites and self-described fascists, according to SPLC and other groups.

Gibson has said that security for the Patriot Prayer group will be provided by the Oath Keepers, an armed, militia-like group that the Anti-Defamation League has described as a “large but loosely organized collection of anti-government extremists.”

The rally, which has been condemned by local and national politicians and drawn opposition from around the Bay Area, has tentative approval from the National Park Service. A final decision is expected any day.

Bay Area Jewish leaders and Jewish organizations are split on how to respond to the rally and its “alt-right” message, which often contains racist and anti-Semitic tropes. Some plan to join counterprotests at Crissy Field, while others say the best response is to attend planned alternative, peaceful gatherings elsewhere.

One woman was killed and dozens were injured when a car driven by a suspected white supremacist plowed into a crowd of counterprotesters following a far-right rally in Charlottesville on Aug. 12.