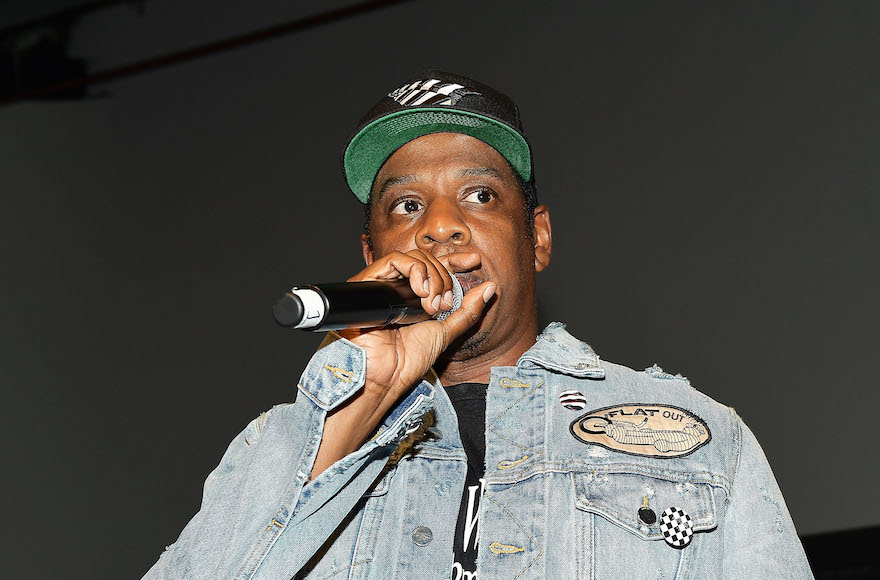 (JTA) — Jay-Z defended his decision to include a lyric in a song on his latest album that has been called anti-Semitic, saying he exaggerated images of black people in the same song.

The rapper was discussing his song “The Story of O.J,” which appears on his “4:44” album, during an interview with the Rap Radar podcast last week.

The song lyric says: “You wanna know what’s more important than throwin’ away money at a strip club? Credit / You ever wonder why Jewish people own all the property in America? This is how they did it.”

Following the release of the album, the Anti-Defamation League expressed concern about the lyric, but emphasized it did not believe Jay-Z intended to promote anti-Semitism. The ADL said that “we know that Jay-Z is someone who has used his celebrity in the past to speak out responsibly and forcefully against the evils of racism and anti-Semitism.”

In his podcast interview with hosts Elliott Wilson and Brian “B. Dot” Miller, the rapper said of the accusations: “It’s hard for me to take that serious because I’ve exaggerated every black image in the world.” He added, referencing the song’s music video, “If even you, as the Jewish community, if you don’t have a problem with the exaggerations of the guy eating watermelon and all the things that was happening, if you don’t have a problem with that, and that’s the only line you pick out, then you are being a hypocrite.

He added that “context is everything,” explaining further, “I pretty much said, ‘If you want to be good at property and things like that, follow this pattern.’ It’s almost like saying, ‘Kobe Bryant shot a lot of shots. If you want to be good at basketball, practice your thousand shots and do what he did.’ And then Kobe Bryant comes out and says, ‘Whatchu trying to say, all black people play basketball?’ That’s how ridiculous it is. … C’mon, you know I didn’t say that. Context is everything.”

The ADL said in its statement released last month, “The idea that Jews ‘own all the property’ in this country and have used credit to financially get ahead are odious and false. Yet, such notions have lingered in society for decades, and we are concerned that this lyric could feed into preconceived notions about Jews and alleged Jewish ‘control’ of the banks and finance.”