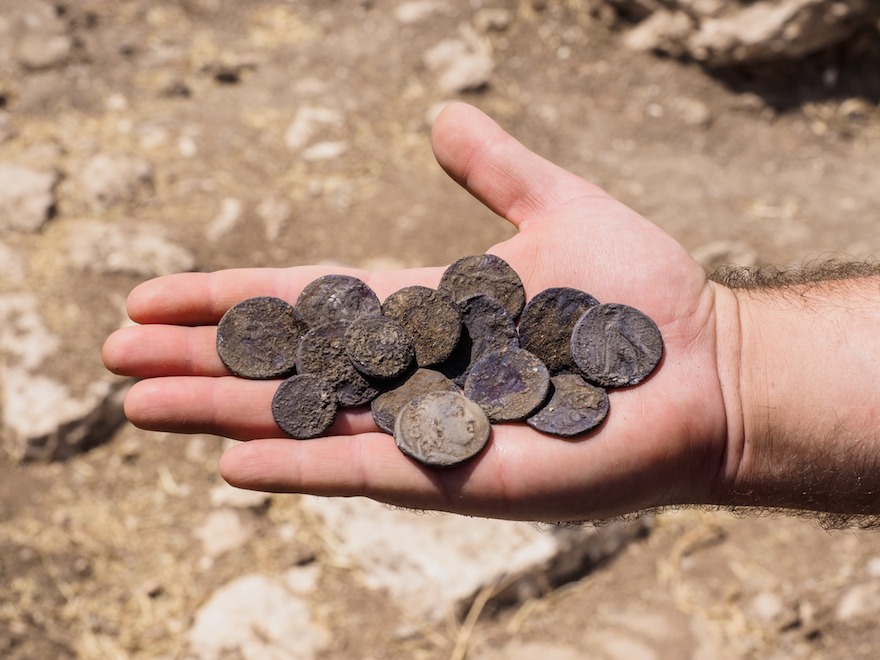 The cache of silver coins found in Modi'in-Maccabim-Re'ut in April of 2016. (Assaf Peretz/Israel Antiquities Authority)
Advertisement

Update: The coin that was believed to be a rare artifact from the Second Temple period is in actuality a souvenir from the Israel Museum in Jerusalem, according to a new report.

The half-shekel coin dates from a time when it was used to pay a yearly Temple tax, archaeologist Zachi Dvira told The Times of Israel. The custom is prescribed in the Torah (Exodus 30:11-16).

Hallel Halevy discovered the coin in May when she was picking up her sister from kindergarten in the Halamish settlement in the West Bank, The Times of Israel reported. On Wednesday, she gave the coin to the archaeological department of the Israeli body that coordinates government activities in the West Bank, as required by law.

After Halevy told her father about the find, he contacted a local professor, Zohar Amar of Bar-Ilan University. Amar conducted some research and was able to identify the find as a half-shekel coin that he believes was made in 66-70 C.E.

Halevy said she was thrilled to have found the ancient coin.

“I felt that ‘wow!’ It was written on it ‘Jerusalem the Holy City.’ That’s really exciting,” she said, according to The Times of Israel.