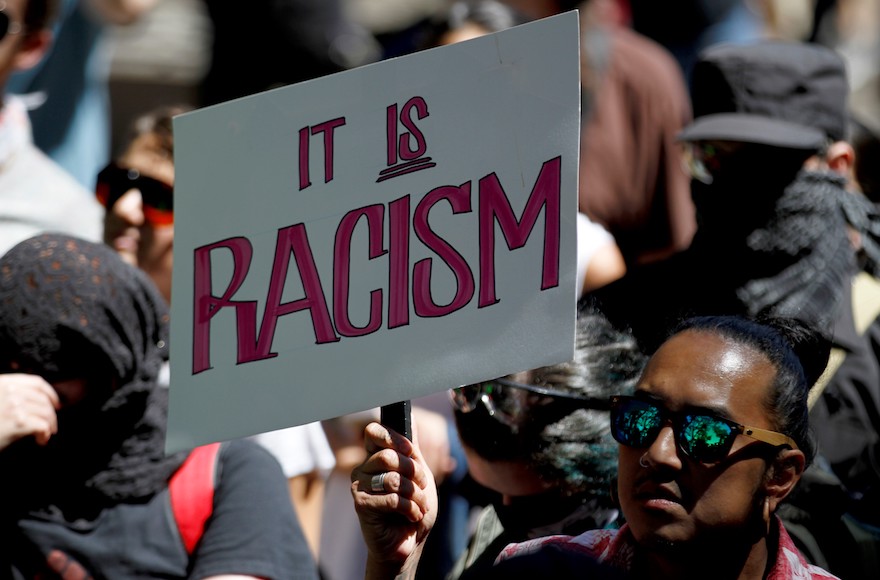 (JTA) — The Adopt-a-Nazi (Not Really) fundraiser, a response to a far-right “free speech” rally that had been scheduled for San Francisco, reached its $150,000 goal and has upped it.

The rally scheduled for Saturday night was canceled late Friday by its organizer, a right-wing group known as Patriot Prayer led by Joey Gibson of Portland, Oregon.

“It doesn’t seem safe. A lot of people’s lives are going to be in danger,” Gibson said in a post on Facebook. He also said that “tons of extremists” had planned to show up at the rally and that the event had the potential to become “a riot.”

Gibson had announced a news conference Saturday in downtown San Francisco, but it was cancelled also as the group did not have a permit for the venue, a park, and police closed it.

Harris came up with the idea in the aftermath of Charlottesville after hearing about a town in Germany that countered a neo-Nazi parade in 2014 with a fundraiser to benefit anti-extremist groups. He asked the Jewish Bar Association of San Francisco, where he is a board member, to take on the effort.