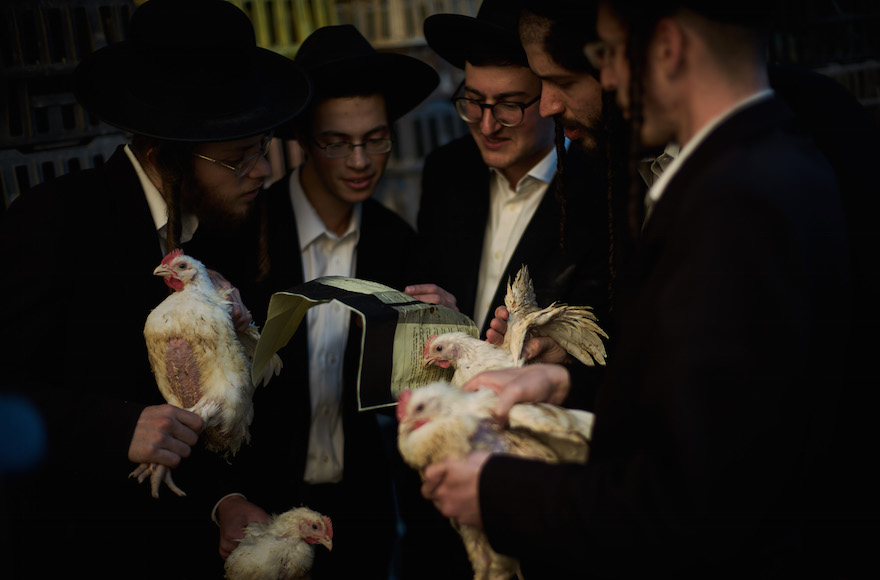 (JTA) — A municipality in suburban Paris warned farmers of an elevated risk of theft of sheep and fowl ahead of the Muslim and Jewish holidays of Eid al-Adha and Yom Kippur, respectively.

The warning, which provoked angry reactions on the part of communal leaders who saw it as discriminatory, came in a letter sent earlier this month by a branch of the police department of Hauts-de-Seine, an area comprising several suburbs east of the French capital, the Le Parisien Weekly reported last week.

The letter instructed farmers to practice “the highest degree of alertness” ahead of Eid al-Adha, which this year falls on Sept. 1, and Yom Kippur 28 days later because followers of those religions perform “unauthorized sacrifices” of sheep and chickens, respectively.

On Eid al-Adha, some Muslims sacrifice sheep and lambs in conditions that animal rights activists find cruel, and which also provoke resistance by opponents of Muslim immigration. In the hours prior to Yom Kippur, in some Jewish communities, live roosters and chickens are waved several times in the air and slaughtered as atonement for sins incurred during the previous year. The meat is given to charity. Religious laws forbid the use of a stolen chicken for the rite, known as kapparot.

“Ill-intentioned individuals could try to catch the animals in order to perform clandestine slaughters,” the circular also warned.

Joel Mergui, president of the Consistoire, the organization responsible for providing religious services to Jewish communities, said that after reading about the circular, he was “amazed to discover” that he “suddenly and collectively, with all the coreligionists of the Jewish faith, became a potential chicken thief,” he told the La Croix daily on Friday.

Following protests over the circular, a spokesman for the Public Security department of the region told Le Parisien “it was a matter of vigilance” that “was not intended to cause offense.”

According to Le Parisien, sheep have been stolen in the past for sacrifice during Eid al-Adha, but likely not by Muslims. Roma traders sold some 200 stolen sheep in 2013 ahead of the Muslim holiday to worshippers for approximately half their market value. The daily did not offer a report of any theft of chickens ahead of Yom Kippur.

To Francis Kalifat, president of the CRIF umbrella group of French Jews, the inclusion of the Jewish holiday in the police circular was one of many cases in which “Jews are equated, compared, amalgamated” with Muslims incorrectly as a tactic for deflecting accusation of Islamophobia.

“This systematic tendency by politicians and in the media, and this time by administrative authorities, has become intolerable and unacceptable,” he was quoted as saying by La Croix.