Objections to Israel’s BDS law are overwrought and hypocritical 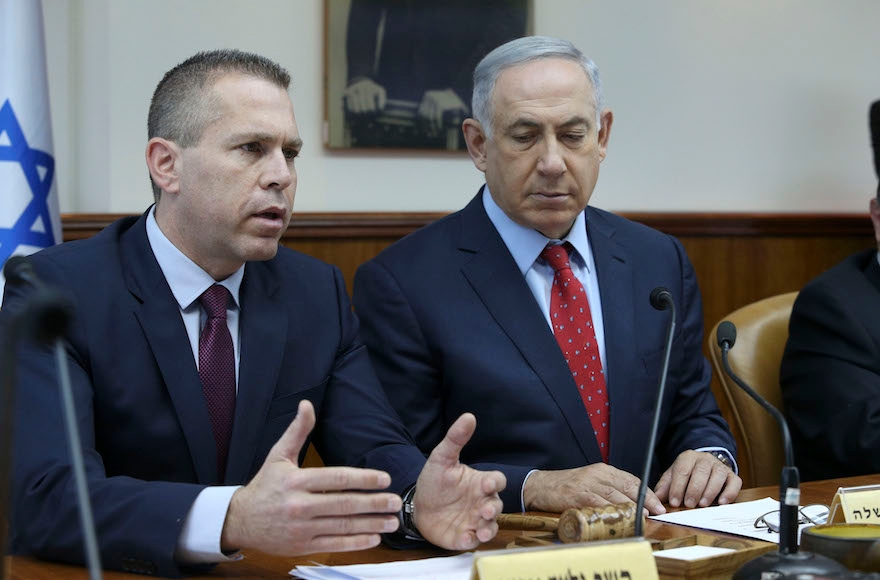 For an alternative view, see Rabbi Laurie Zimmerman’s op-ed, “Why rabbis like me oppose Israel’s ban on BDS activists.”

JERUSALEM (JTA) — In July, five leaders of the virulent BDS groups Jewish Voice for Peace and American Muslims for Palestine were barred at Dulles International Airport from boarding a flight to Israel. The move reportedly was the result of an amendment to Israel’s Law of Entry denying admission of senior activists of leading BDS organizations to the country.

Predictably, the incident raised the usual hysterical chorus that Israel was attacking free speech, banning dissent and no longer a democracy.

Despite these exaggerated charges, the decision to deny these BDS militants entry and the amendments to the law must be seen in context.

From its very inception, Israel has been faced with conventional and asymmetrical military and political threats from its neighbors, coupled with organized economic and diplomatic boycotts spearheaded by the Arab League and the Organization for Islamic Cooperation. The Arab-Israeli conflict is unique, however, in that in conjunction with this state action targeting the country, an army of political activists is provided tens of millions of euros, dollars and francs by the European Union, European governments, the United Nations, churches and private foundations to produce rank propaganda, harass and seek arrest warrants of traveling Israeli officials and advance economic warfare against the State of Israel.

These campaigns go far beyond a critique of specific Israeli policies but are aimed at the country’s very existence.

In several cases, the organizations involved in these campaigns advise their members to game Israel’s border controls and lie about their purpose for coming to the country. Many of these political warriors also come to Israel and the Palestinian Authority to riot, destroy property and engage the police and military in violent confrontations and directly participate in hostilities. Networking with NGOs and other organizations affiliated with terrorist groups like Hamas and the Popular Front for the Liberation of Palestine is a regular staple of these visits. The International Solidarity Movement is perhaps the best known of the groups engaged in this activity.

For years, the Israeli government expressed extreme frustration in response to these campaigns, registering countless complaints with their European counterparts and other funders.

Unfortunately, Israel’s objections went largely ignored and the funding and political support continued. The Israeli public was angered by the invasion of these political combatants, the false and disproportionate attacks on their country under the guise of human rights, and the double standards applied to the Jewish state. This outrage was not confined to the right but by the majority of the Israeli public. Centrist politicians like Yair Lapid and journalists such as Ben Dror Yemini began to highlight the impact of these damaging campaigns and funding.

Resentment and exasperation further increased in the wake of intensive Palestinian terrorism and wars emanating from Lebanon and the Gaza Strip after Israeli withdrawals and peace offers. Rather than acknowledge Israel’s efforts to resolve the conflict, NGO attacks, U.N. initiatives like the Goldstone report, lobbying of the International Criminal Court to accuse Israel of war crimes, and BDS efforts to demonize and isolate the Jewish state only intensified.

Thus, the amendments to the Entry Law, as well as other legislation addressing these campaigns, were the foreseeable end result.

On the one hand, NGO Monitor generally opposes such legislative measures. The revised law has given BDS activists unwarranted publicity, allowing them to position themselves as martyrs and deflect the conversation from their destructive goals. Moreover, we believe a systematic and intensive diplomatic process with government officials and international organizations, along with naming and shaming of funders, is a more constructive way to impact change.

We also think it is more effective in fighting BDS for Israeli politicians to educate and, where necessary, confront European counterparts about absurd NGO funding policies. Education has proven highly successful in exposing BDS and has led to positive legislation and court rulings in Switzerland, Spain, Germany and France. In the U.S., a majority of states have passed laws countering BDS, with many more bills pending at both the state and federal level.

On the other hand, the breast-beating and condemnations regarding the legislation, particularly from Europe, are also overwrought and hypocritical. It is hard to think of any other country, including every democracy, that would countenance such active campaigning to deliberately harm the state. Nor would any country — again every democracy included — tolerate a mass influx of foreign protesters to engage its military and police forces in an active conflict zone.

In addition, under international law, all countries have the express right to control their borders and bar entry to anyone, at any time, for any reason. European countries do this routinely for ideological and public safety reasons. For instance, the United Kingdom barred for three to five years two U.S. activists from the organization Stop Islamization of America on the basis that it was a hate group and their presence would “not be conducive to the public good.” The group cannot appeal.

Similarly, thousands of soccer hooligans are barred from traveling to prevent trouble at international matches. Just as these countries have acted to maintain order, so, too, has Israel.

The law and its implementation will continue to evolve, and policy to be clarified, including with vigorous checks and input from Israel’s independent judiciary. What type and level of activity is sufficient to block entry? How and when will such determinations be made? Who will make such determinations? What avenues are available to challenge a denial?

At the very least, the amended law has forced a necessary and long-overdue debate on foreign interference and funding in the Arab-Israeli conflict. If it took a controversial action to spark this conversation, it may have been worth it.

(Anne Herzberg is the legal adviser to NGO Monitor, a Jerusalem-based research institute.)