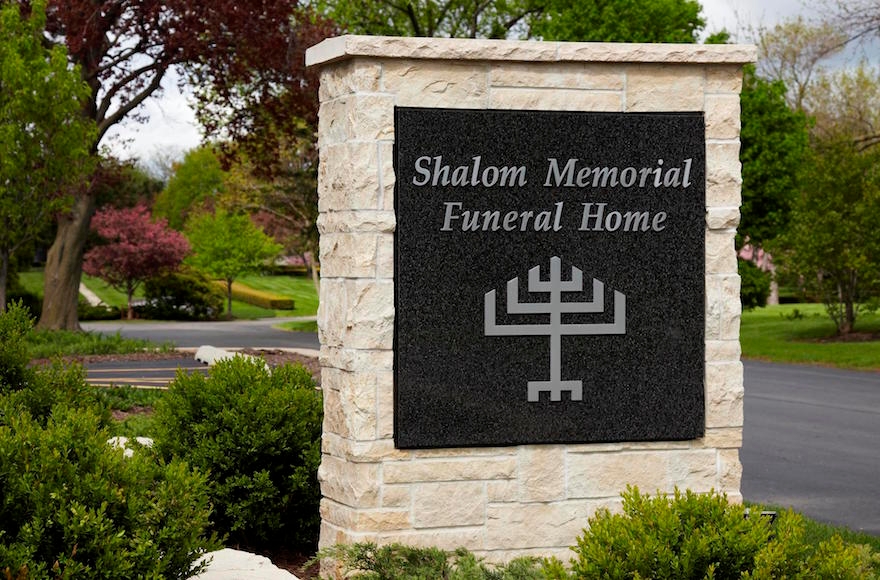 CHICAGO (JTA) — A Jewish family is suing a Chicago-area funeral home for botching a burial so badly that the casket toppled and splintered in the grave, exposing the deceased’s white shroud to a gathering of over 100 traumatized mourners.

After three months of trying unsuccessfully to settle the case, the family of tax attorney Paul Horowitz filed suit last week seeking $50,000 in damages in connection with the April 28 funeral in Arlington Heights, Illinois.

The complaint alleges that the Shalom Memorial Funeral Home was negligent during the burial, resulting in the desecration of the body, which caused the family mental suffering and anguish.

A representative of the funeral home told JTA, “We have no comment at this time.”

“It was too horrific for words,” wrote Ronnie Horowitz, the deceased’s widow, in a statement to the media. She described the family of the 66-year-old Horowitz as “devastated.”

The complaint alleges that as the casket was lowered into the ground, it came unloose from its doweled moorings and plummeted suddenly and unexpectedly into the grave, “causing the top of the casket to be dislodged and in an improper position in the grave.” The shroud was visible from the thigh down.

Mourners screamed, shouted and cried at the gravesite, and some fled to their cars, according to the complaint.

The rabbi and the director of another funeral jumped into the grave to piece the casket together and right it, according to a family friend, retired Judge Jerry Orbach. After 40 minutes or more, the graveside service proceeded.

“This is a dereliction of responsibility on the part of the cemetery,” Gruss said.

Orbach called it “a dishonor to the deceased.”

Rabbi Elchonon Zohn, director of the National Association of Chevra Kadisha – a coalition of Jewish burial societies — said it is not uncommon for a casket lid to shift during funerals in the New York area where plots are smaller and the grave diggers can’t always allow for adequate room or a smooth ground surface.

But in Illinois, burial vaults are mandatory and, in accordance with Jewish tradition, bottomless, so the casket rests on the earth.

“The body was in a disrespected state. It was a serious breach of respect,” Zohn said. “The cemetery was not helpful, and it should have been dealt with if what the family claims is true.”