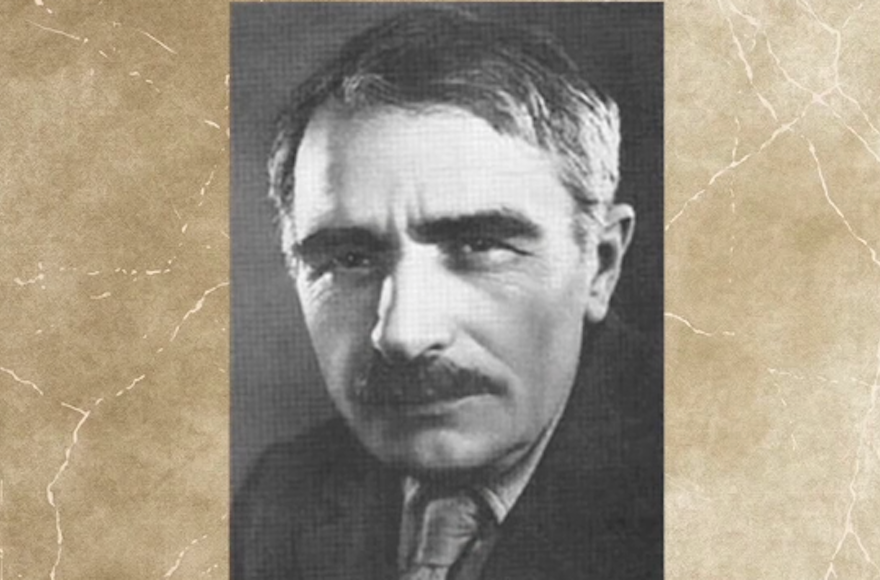 (JTA) — Researchers from Israel and Russia discovered the grave of an influential Jewish writer and resistance activist who perished in communist purges at a former Soviet camp for political prisoners.

The final resting place of Pinchus Kahanovich, an anti-fascist activist and one of the 20th century’s most influential writers in Yiddish, was found earlier this month near the coal mining village of Vortuka, located in Russia near the Arctic Circle.

Ber Kotlerman, a professor of Yiddish language and literature at Bar-Ilan University, along with a Russian colleague, Moscow State University’s Alexandera Polyan, pinpointed the burial place of Kahanovich, who is better known under his pen name, Der Nister (“The Hidden One”), using testimonies and blueprints of the gulag that existed there.

The researchers commemorated the burial place with a barbed-wire wreath shaped like a Star of David, the news website NewsRu reported Tuesday.

Kahanovich was a member of the Jewish Anti-Fascist Committee, a unit of resistance activists set up with permission by Soviet leader Joseph Stalin. The unit disseminated propaganda when Stalin’s pact with Nazi Germany collapsed in 1941, after Adolf Hitler’s army invaded the Soviet Union. Most of the committee’s members were rearrested in the 1940s and 1950s, convicted on trumped-up espionage charges and killed.

Most of the bodies of the victims were dumped in mass graves, but Kahanovich was buried separately because he fell gravely ill while serving a 10-year sentence in a gulag and was transferred for health reasons to a camp for disabled prisoners. He perished in the village of Abez, near Vorkuta, on June 4, 1950, according to NewsRu.

Many of Der Nister’s contemporaries were killed in August 1952 in the Night of the Murdered Poets, including Itzik Feffer, Peretz Markish, David Hofstein, Leib Kvitko and David Bergelson.

His writings, and particularly his novels about the lives of leaders and members of the Breslov Hasidic movement, are especially popular among followers of the teachings of Breslov rabbis.