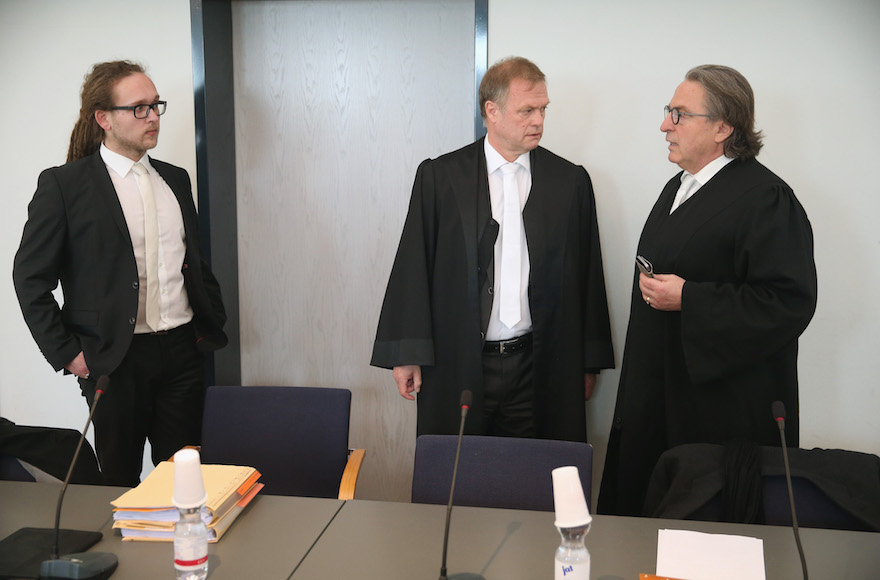 (JTA) — German prosecutors have submitted a motion to a state court to drop the case against a 96-year-old former Auschwitz medic with dementia.

Hubert Zafke has been found unfit to stand trial for his role in the murder of more than 3,600 people at the Nazi death camp.

“Now the dementia has reached a severity that the defendant is no longer able inside and outside the courtroom to reasonably assess his interests or coherently follow or give testimony,” the prosecutor’s statement said, the AFP news agency reported Thursday.

The prosecutor’s office said it was required by law after such a medical evaluation to submit a motion to dismiss the case, according to AFP.

Zafke, who uses a wheelchair, was diagnosed with dementia in October 2015, which led to doubts about his ability to stand trial.

His trial had failed to begin as planned in February 2016 after a doctor ruled he was unfit to be transported to Neubrandenburg state court, and the next month Zafke was ruled unfit for trial. Subsequent medical examinations this year backed that assessment.

Zafke is charged with being an accomplice to the murders of 3,681 people at the death camp. Prosecutors say the medic’s unit in which he served placed the Zyklon-B pesticide crystals into the gas chambers at Auschwitz, where up to 6,000 Jews were killed per day, and was “supportive of the running of this extermination camp,” according to Deutsche Welle.

Zafke does not deny he served at Auschwitz, but he has said he did not see or participate in any of the murders. His attorney says he knew people were being murdered at Auschwitz but never took part in the killings.

Reportedly he was on duty when the teenage diarist Anne Frank arrived at the death camp on Sept. 5, 1944. She was transferred later to the Bergen-Belsen concentration camp, where she died of typhoid.