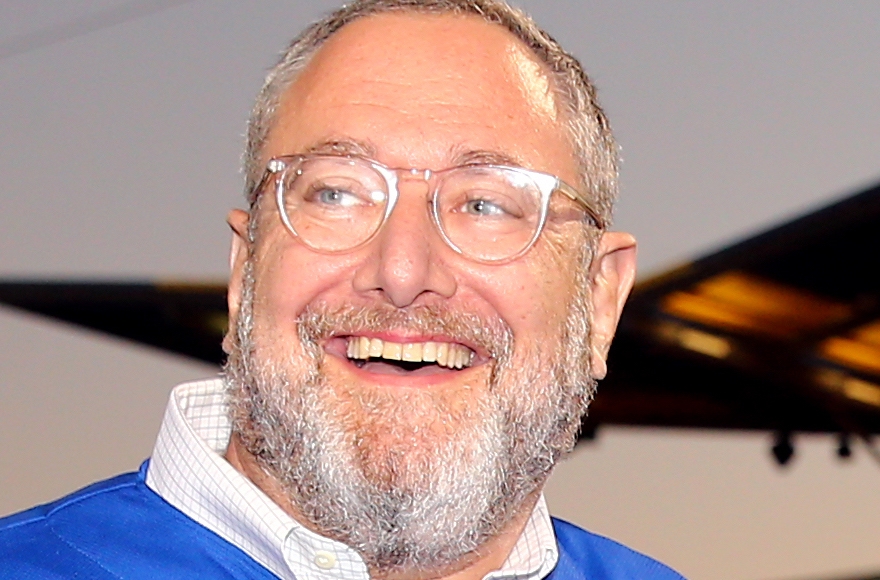 Nachum Segal posing for a photo after throwing out the ceremonial first pitch prior to Game 2 of the 2016 World Baseball Classic Qualifier at MCU Park in Brooklyn, N.Y., Sept. 22, 2016. (Alex Trautwig/MLB Photos via Getty Images)
Advertisement

Segal, president of the Nachum Segal Network and host of the network’s flagship broadcast “JM in the AM,” which is taped in New York and broadcast on the internet, will begin broadcasting Wednesday from sites around Houston.

Special coverage of the recovery will include firsthand reports on the storm, its devastation and recovery efforts by Houston’s Jewish residents.

“Our brothers and sisters in Houston have gone through a terrible ordeal with so much of the community they built sitting in ruins,” Segal said in the statement. “The goal of our trip is to highlight the community, what they’ve gone through and what lays ahead of them, sharing their stories and showing them the support from their brethren around the world.

“Our hope is that by being there and dedicating our shows to their stories, that listeners from all across the world will get involved with the recovery efforts. We’ve partnered with the Orthodox Union so that listeners who are inspired through our show can donate to help the Jewish community of Houston.”

Mordechai Shapiro, who sings Jewish music, and social media activist Meir K. will join Segal in Houston, according to the network.