Bubbe lives in the path of Hurricane Irma. Now what? 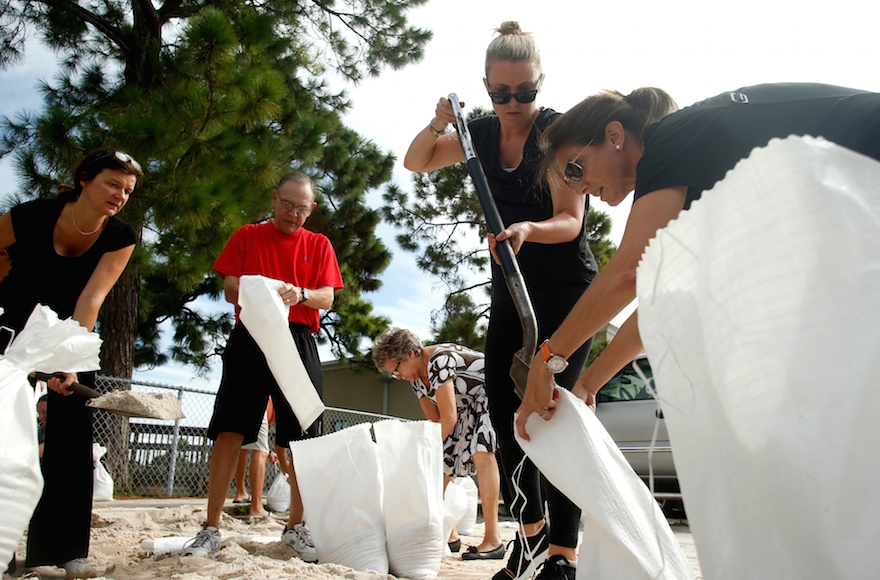 (JTA) — Beatrice Marks’ one-story home might flood this week. But she laughs off the threat.

“It doesn’t faze me one bit. Not anymore,” said Marks, 86, whose community of seniors lies in the path of Hurricane Irma, which is set to make landfall in Florida at the end of the week. “As far as the actual fear of the hurricane, we all are afraid. But it’s a thing we know that can come and go.”

Marks, who has lived in Florida for more than 70 years, is an outlier among octogenarians — living alone and driving with barely any assistance in everyday activities. But as a Jewish senior in Florida, she is far from alone.

Long a mecca for Jewish retirees, South Florida has a disproportionate number of Jewish elderly. With thousands of local seniors in their areas, Jewish communal agencies are gearing up to prepare the elderly for Irma, which officials say could be one of the worst hurricanes in decades.

“We’ve already been getting calls from people who are scared,” said Barbara Bailin, director of financial services for Goodman Jewish Family Services of Broward County on Florida’s east coast. “A lot of our seniors are in old condominiums. They might be living near the beach in things that are 40 years old, and a lot of people don’t want to leave.”

Irma, which is predicted to hit the Caribbean on Wednesday, has been designated a Category 5 storm and has the highest wind speeds recorded since the 1980s. Its current path has it crossing Puerto Rico and Cuba before reaching southern Florida on Sunday morning — just two weeks after Hurricane Harvey devastated the Texas coast.

Florida Gov. Rick Scott has declared a statewide state of emergency, and Jewish groups already are focusing on the state’s large population of Jewish seniors. In South Florida, more than a quarter of its population is seniors, according to recent population studies. 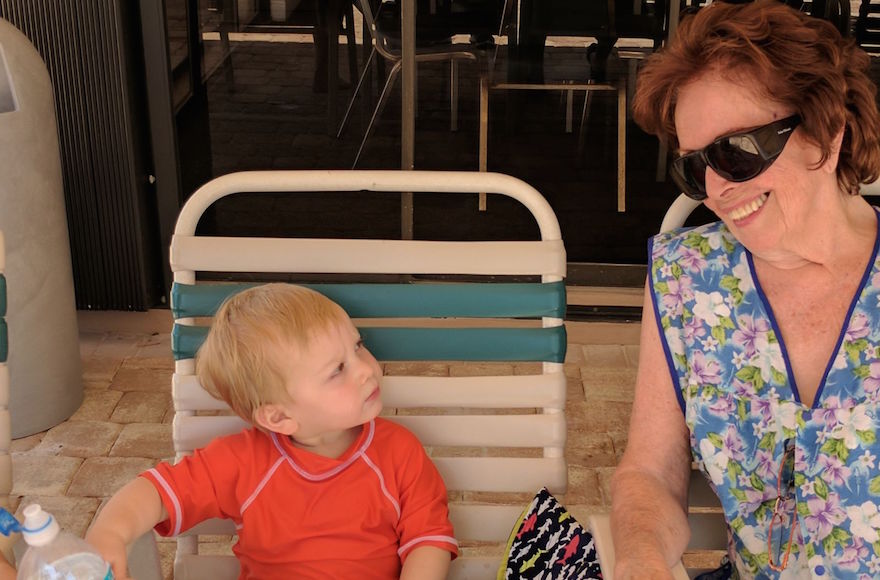 Beatrice Marks has lived in Florida for 70 years and isn’t fazed by the arrival of Hurricane Irma. (Courtesy of Marks)

Many of those seniors live independently or, like Marks, in a community where some housekeeping is taken care of, but a fraction are dependent on Jewish organizations for meals on wheels, medicine and transportation. Others turn to the agencies when other support runs out or in emergencies like these. Jewish service agencies hope to assist those clients by connecting them with relevant state agencies, helping them stock up on supplies and persuading them to get out of harm’s way.

Rosen’s organization delivers more than 100,000 kosher meals annually to 665 homebound seniors, and is ensuring that they have three days worth of food, water and medication. And while most local buildings have hurricane protections like shutters and reinforced windows, Bailin’s agency will work to persuade seniors living in insecure areas to leave their homes for government-run special needs centers, which will be safe from damage and able to provide the necessities now being cleared off of South Florida’s supermarket shelves.

Local and state governments provide a share of the assistance, from ensuring buildings are safe to transporting seniors to the evacuation centers. On Wednesday, Miami-Dade County will begin evacuating special-needs residents. But Bailin said getting seniors to go to the shelters isn’t easy.

“Seniors don’t want to leave their homes when they can’t take care of themselves anymore,” she said. “You hear, ‘I’ve lived here for 40 years and never had a problem.’”

Previous storms — like Hurricane Wilma in 2005 — have taught Bailin to prepare as much for the storm’s aftermath as for the lead-up. People often hoard perishable food, she said — a likely power outage will render it useless. Better, she recommended, to buy dry staples that will last. Jewish Family Services also holds off on providing emergency food stipends to clients until the storm passes.

“You’ve got to stop to realize the worst hurricane comes and goes within three or four days,” Marks said. “Why would you stock up on food when your lights are going to go out? You’re not going to have refrigeration. You buy crackers, you buy dry food, you’ve got cereal.”

What can distant children and grandchildren do to help? Not much, Bailin says, beyond calling service agencies to confirm that their relatives are located and have all the essentials provided. Florida’s Department of Elder Affairs has a hurricane preparedness guide.

And it’s important, Bailin said, to make the call now.

“Make sure mom and dad have a plan in place,” she said. “Encourage them to evacuate where they have emergency services. If they call us at the last minute, they can’t do anything then.”

Marks doesn’t plan to leave her home, but if she does, she will join one of her sons, who both live nearby. But she doubts they’ll be able to do much she can’t do on her own.

“As far as preparation is concerned, there isn’t too much we can do about that,” she said. “We all have shutters in our home. The water is a menace and always will be, I think.”