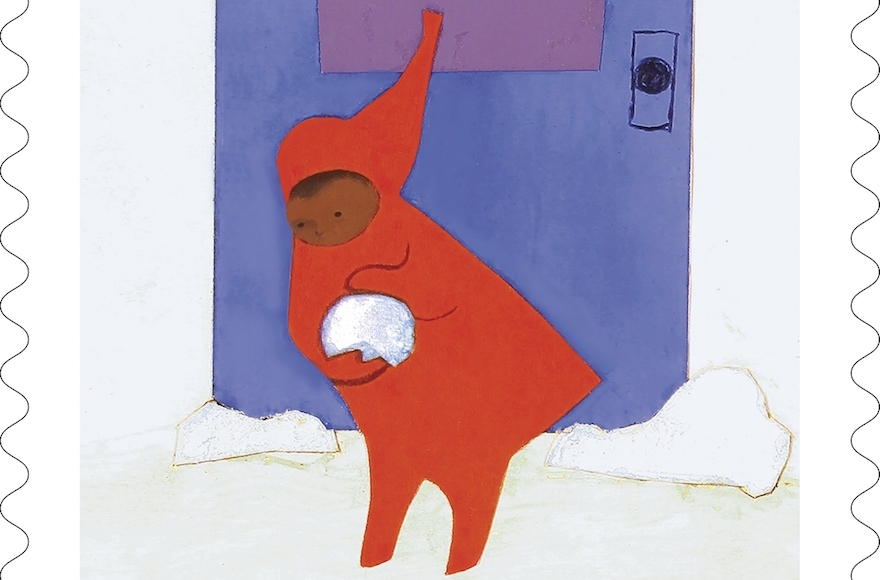 (JTA) — “The Snowy Day,” a beloved children’s book by Ezra Jack Keats, will be featured on four new stamps issued by the U.S. Postal Service.

Each of the four stamps features the main character Peter exploring and playing in his neighborhood while wearing his iconic red snowsuit. They will be released nationwide on Oct. 4.

“The Snowy Day,” published in 1962, was one of the first mainstream publications to feature an African-American child. It received the Caldecott Medal in 1963.

At the time of his death in 1983, Keats had illustrated over 85 books, and written and illustrated 22 children’s classics.

The stamps feature Peter forming a snowball, sliding down a mountain of snow, making a snow angel and leaving footprints in the snow.

Keats, born in 1916, was the son of Polish Jewish immigrant parents, Benjamin and Augusta Katz, who lived in Brooklyn. Unable to attend art school despite having received three scholarships, he worked to help support his family and took art classes when he could. Among the jobs he held were mural painter with the Works Progress Administration and comic book illustrator, including at Fawcett Publications illustrating backgrounds for the Captain Marvel comic strip.

He joined the Army in 1943 and spent the remainder of World War II designing camouflage patterns. In 1947, he legally changed his name to Ezra Jack Keats in reaction to the anti-Semitism of the time. He never married.