Apologies and non-apologies in the year of our Trump 5777 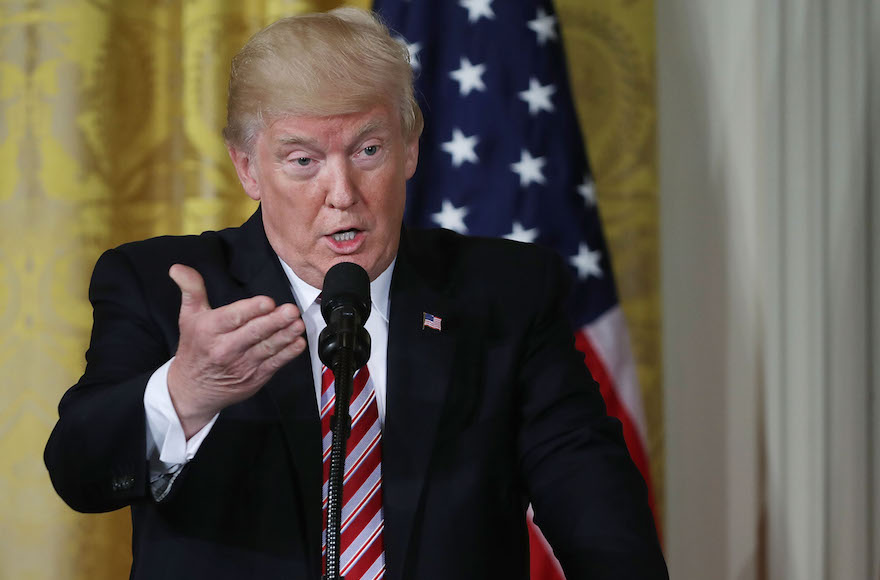 President Trump has issued apologies and asked for many in the past year. (Chip Somodevilla/Getty Images)
Advertisement

Rosh Hashanah and Yom Kippur are approaching: We are in the season of repentance and its most apt expression, apologizing to our fellow women and men.

The Trump presidency presents special challenges to apology trackers: Donald just doesn’t do them, but he loves them when he gets them. And sometimes he insists he got them when he didn’t.

To be fair to Trump, his ambivalence, if not hostility, toward self-reproach is not unique, and certainly not among presidents. It took Bill Clinton months — until just days before Rosh Hashanah of 1998 — to fully apologize for embarking on, and lying about, his affair with Monica Lewinsky. George W. Bush still blames the Iraq War on bad intelligence. Barack Obama took his time before eventually apologizing to Americans who lost their health insurance despite his repeated promises that they wouldn’t.

Clinton’s apology, at least, included a direct apology to Lewinsky for having called her a liar, and thus met the conditions for “teshuvah,” or genuine repentance, laid out by the Jewish sage Maimonides 900 years ago in his Mishnah Torah: One must seek forgiveness for sins against one’s fellows not from God, and directly from the wounded party. Beg forgiveness directly, Maimonides prescribed, resolve to not repeat your transgression and do what you can to make it up to the victim. Anything less is not a real apology.

In that regard, 5777 wasn’t a great year for Maimonidean apologies. Take a look:

The failing, if not sorry, New York Times 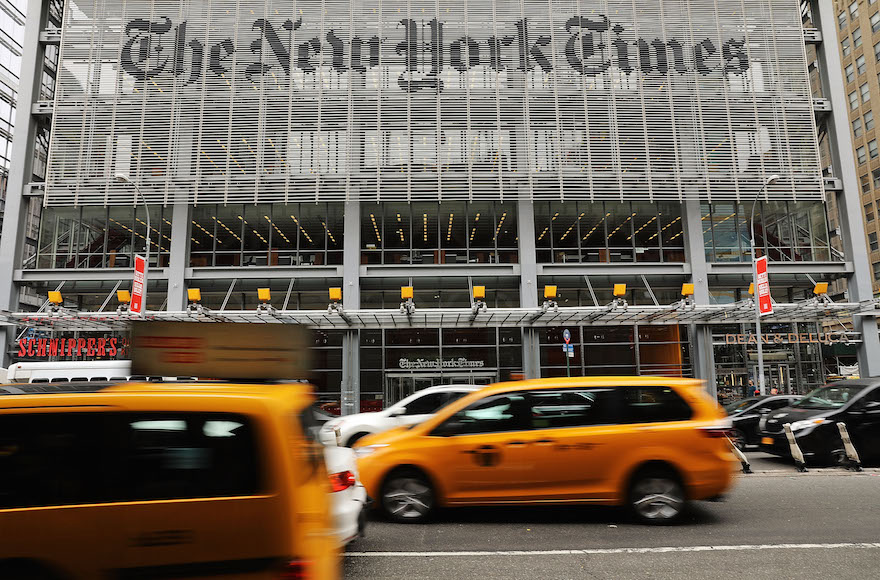 Trump very much wants to believe The New York Times apologized for its coverage of the election last year. But the Times insists it never apologized.

Trump’s hopes for an apology lie buried in a letter the newspaper posted five days after the election.

“After such an erratic and unpredictable election,” the editors wrote to readers, “there are inevitable questions: Did Donald Trump’s sheer unconventionality lead us and other news outlets to underestimate his support among American voters?”

Trump reads that sentence as a mea culpa.

“The failing @nytimes, which has made every wrong prediction about me including my big election win (apologized), is totally inept!” Trump tweeted as recently as Aug. 7.

In a fiery speech in Phoenix last month, Trump still hoped to shake out the nugget of an apology in the Times letter.

“How about this?” Trump said. “The New York Times essentially apologized after I won the election because their coverage was so bad, and it was so wrong, and they were losing so many subscribers that they practically apologized. I would say they did.”

A sorry state of affairs 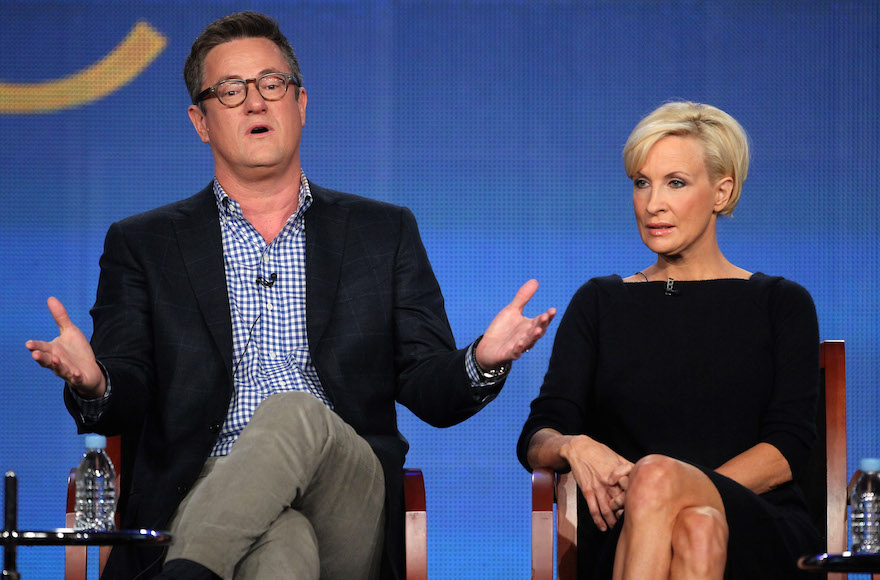 Becoming the most powerful man on earth has barely slaked Trump’s thirst for deference.

“Fake News is at an all time high,” he said on Twitter in June. “Where is their apology to me for all of the incorrect stories???

Fake News is at an all time high. Where is their apology to me for all of the incorrect stories???

Michelle Cottle, writing in the Atlantic in February, compiled a partial list of the people from whom Trump and his surrogates had demanded apologies during and since the campaign. They included Sen. John McCain, the cast of “Hamilton,” CNN’s Jim Acosta, Justice Ruth Bader Ginsburg, Megyn Kelly and Hillary Clinton.

“If anything, a grudging, coerced apology seems to delight him even more than a wholly voluntary one,” Cottle wrote.

Failing to extract an apology, by contrast, seems to enrage Trump. In June, New York magazine reported that Trump son-in-law Jared Kushner failed in his bid to get MSNBC’s Joe Scarborough to apologize to Trump for his show’s critical coverage of the president. The exchange culminated with the president’s attack on Scarborough’s fiancée and co-host, Mika Brzezinski, as “bleeding from the face” from a facelift. 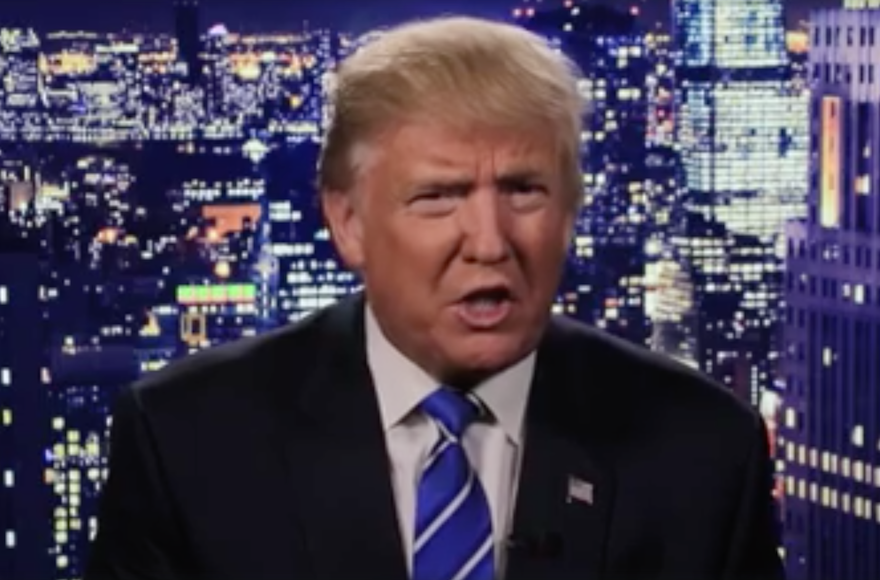 Donald Trump, then a presidential candidate, giving an apology message about remarks made in a released “Access Hollywood” tape, Oct. 7, 2016. (Screenshot from Facebook)

Trump’s best-known apology, delivered Oct. 8 between Rosh Hashanah and Yom Kippur, was a classic of the sorry, not sorry genre.

It came after the “Access Hollywood” tape showed Trump boasting about sexual assault in 2005.

“I’ve said and done things I regret, and the words released today on this more-than-a-decade-old video are one of them,” Trump, then a candidate, said in his videotaped apology.

Translation: It was over a decade old, when I was a mere child of 59. Why bother with it now?

“Anyone who knows me knows these words don’t reflect who I am. I said it, I was wrong and I apologize,” he said.

Better; even Maimonides might approve. But Trump wasn’t done.

“Let’s be honest: We are living in the real world. This is nothing more than a distraction from the important issues we are facing today,” he said.

Uh-oh. Sounds like he is diminishing the significance of the thing he just apologized for. But at least Trump didn’t say that others have done things that are far worse.

“Hillary Clinton and her kind have run our country into the ground. I’ve said some foolish things, but there’s a big difference between the words and actions of other people,” he said. “Bill Clinton has actually abused women, and Hillary has bullied, attacked, shamed and intimidated his victims.”

Trump, moreover, did not apologize to his direct targets: the actress he was lusting over in the audio or the married friend he claimed he had hoped to seduce. Melania Trump, who was already married to Trump at the time the tape was made, said her husband apologized to her. Trump has said he did not.

His daughter Ivanka Trump, the evening the tape emerged, reportedly pleaded for him to make a real apology. He refused. She left the room in tears, according to The New York Times.

Trump recorded his apology on Oct. 8. He won election on Nov. 8.

Atonement for the Day of Atonement 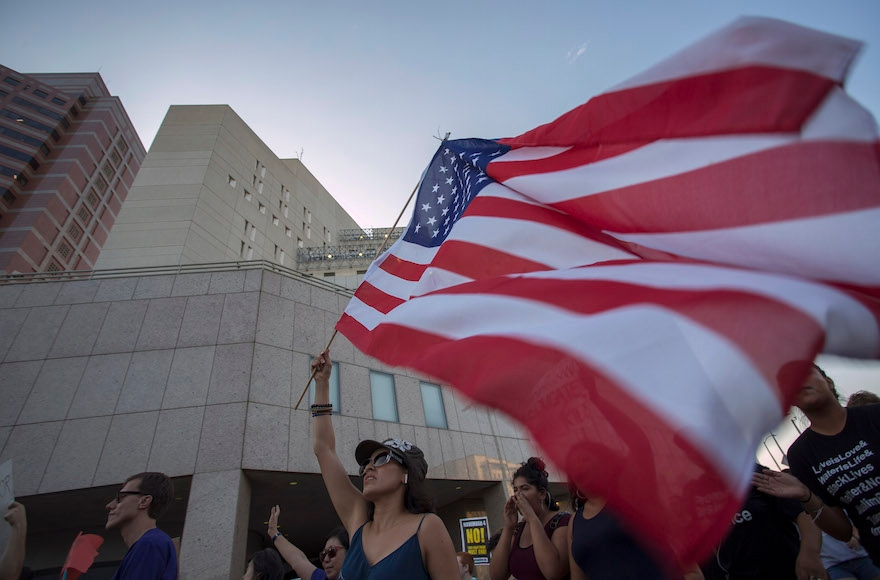 There have been plenty of other apologies in the Trump era.

Jewish social justice activists were miffed when they learned that the March for Racial Justice in Washington, D.C., was scheduled for Sept. 30, which happens to be Yom Kippur. The organizers dithered for a bit, but on Aug. 16 issued a statement saying the scheduling “was a grave and hurtful oversight on our part. It was unintentional and we are sorry for this pain as well as for the time it has taken for us to respond. Our mistake highlights the need for our communities to form stronger relationships.”

The date of the march will not be changed, but related events may be held on that Saturday night or the next day.

Rabbi Jill Jacobs, the executive director of T’ruah: The Rabbinic Call for Human Rights, welcomed the apology, saying the organizers “have modeled teshuvah in the past few days.” 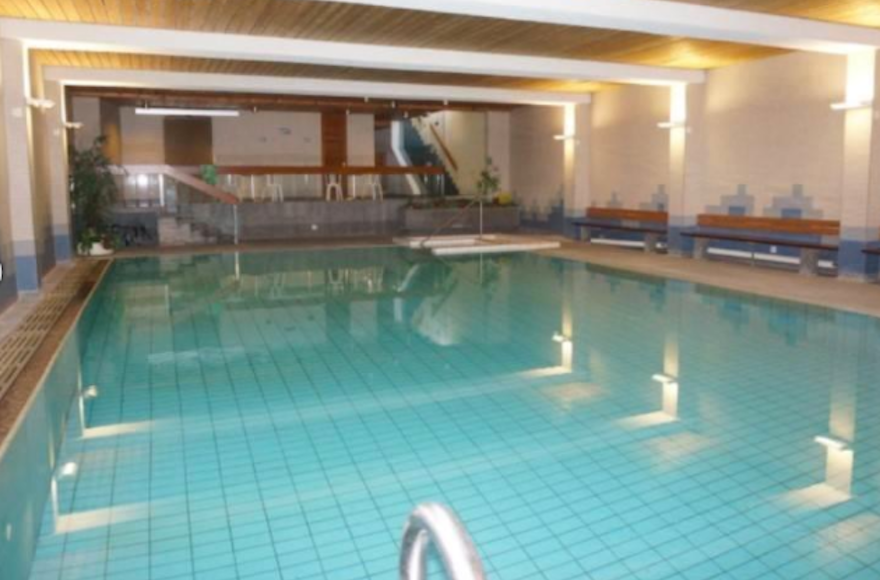 A Swiss hotel owner made all the wrong kinds of headlines when she posted signs at her place urging Jews to shower before entering the pool and telling them they could only access a hotel refrigerator at set times. Even Israel’s deputy foreign minister, Tzipi Hotovely, chimed in, saying the incident reflected the prevalence of anti-Semitism in Europe.

But the story was somewhat more complicated. Ruth Thomann, who runs the hotel, tearfully told JTA that she meant no offense to Jews and that she merely sought to convey information relevant only to the Jewish guests (who, she said, store their kosher food in the hotel fridge and tend to swim wearing T-shirts and other outerwear, presumably out of modesty).

“I may have selected the wrong words; the signs should have been addressed to all the guests instead of Jewish ones,” she said, adding, “My God, if I had something against Jews, I wouldn’t take them as guests!” 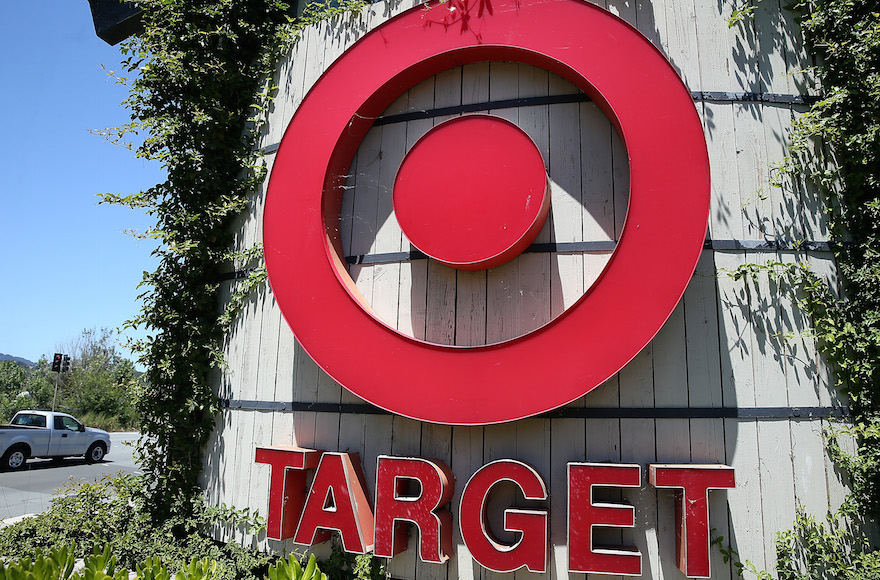 Target apologized to Israelis when it couldn’t make good on orders after a shipping company offered a brief free-shipping promotion. The U.S. retail giant said it was overwhelmed by the orders from Aug. 18 to 20.

“Due to the much higher than anticipated response to the Borderfree Free Shipping promotion, we are unable to deliver order [number] and had to cancel it. We apologize for this inconvenience,” read the letter sent to Israeli customers. 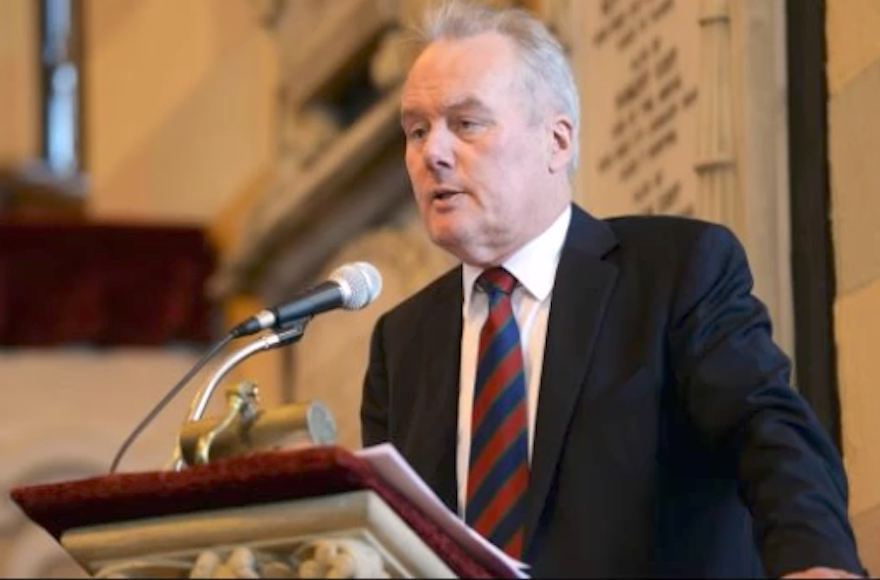 An Irish journalist, fired for writing what critics called an anti-Semitic newspaper column, apologized to those he offended — although he insisted his intentions were good.

“I am very very sorry to them, I really mean it, I’m not rescuing anything as far as I can see, it’s over for me,” Kevin Myers said, referring to the two Jewish female BBC broadcasters who were described in his column as hard-bargainers. “I am issuing an apology for no other reason than contrition of the hurt I have caused them.”

Jews, he had written in July, “are not generally noted for their insistence on selling their talent for the lowest possible price.”

Said Myers: “I said those words out of respect for their religion.” 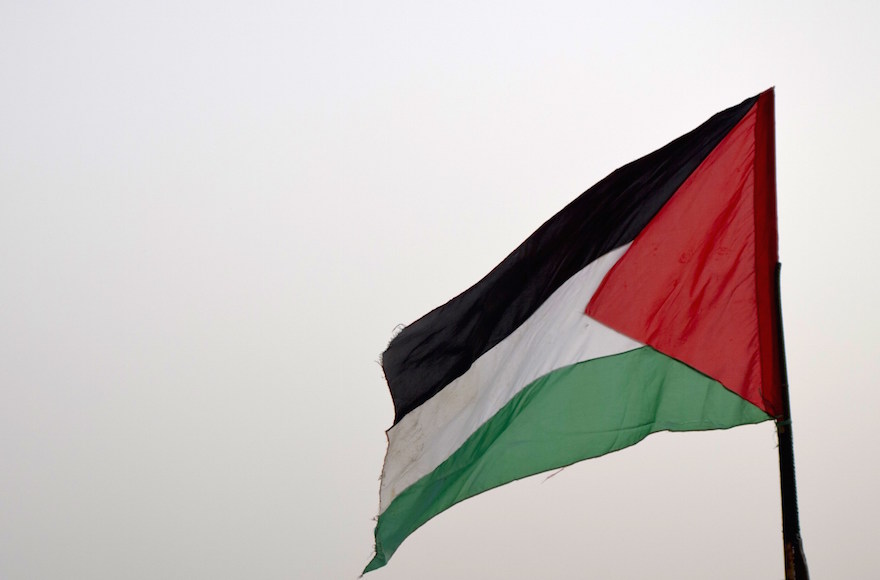 Also in July, a Jewish camp in Washington state apologized after flying a Palestinian flag “as a sign of friendship and acceptance” to visiting Palestinian Muslim and Christian students. Critics of the flag said it was offensive and represented a regime that still incites violence against Jews. Supporters said welcoming Palestinian students on a peace mission was the menschy thing to do.

The critics won the debate.

“We sincerely apologize that we upset some in our CSS and larger Jewish community by introducing the Palestinian flag into our educational program,” Camp Solomon Schechter wrote in a letter to parents and supports. “Camp Solomon Schechter reiterates our unwavering support for the State of Israel as the Jewish homeland.”

“Camp Solomon Schechter regrets raising the Palestinian flag alongside US, Canadian and Israeli flags on Thursday and Friday mornings …,” the statement said. “We neglected to foresee in such actions the serious political implications and for that lapse in judgment, we are deeply sorry.”