Qatar pays for outreach to US Jews 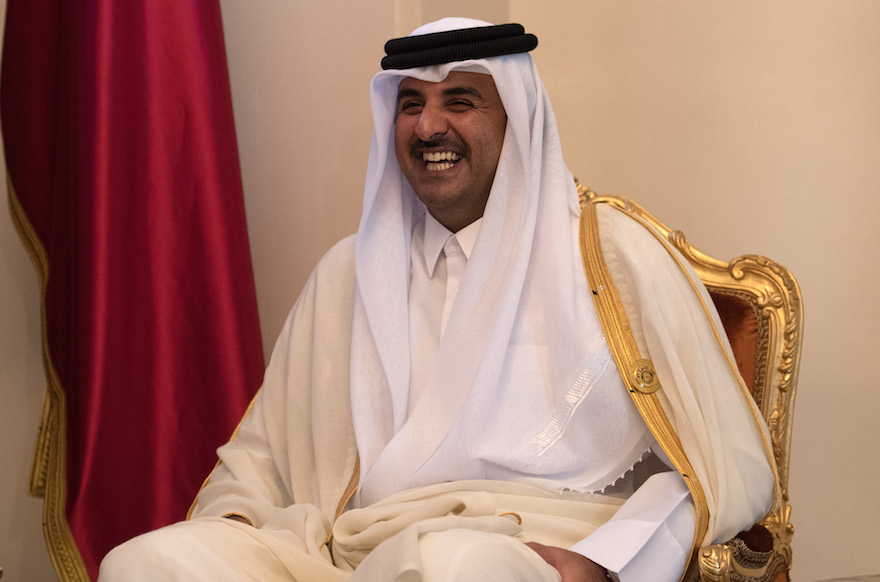 WASHINGTON (JTA) — Qatar is paying $50,000 a month for outreach to the Jewish community to a prominent Jewish Republican operative at a time when the Persian Gulf nation is facing calls for isolation from other moderate Arabs and by conservatives in Washington, D.C.

“Engagement with Qatar can only be in the best interests of the United States and the Jewish community, as we cannot allow Qatar to be ostracized by its neighbors and pushed into Iran’s sphere of influence,” Nicholas Muzin, whose Stonington Strategies secured the contract, told O’Dwyer’s, a newsletter covering the public relations industry, this week.

Muzin, an observant Jew, is a rising star among conservative Republicans. He has served as a senior adviser to Sen. Tim Scott, R-S.C., and was an adviser to the presidential campaign of Sen. Ted Cruz, R-Texas, and to the Republican caucus in the U.S. House of Representatives.

Pressure on Qatar in recent months has increased because of its openness to dealing with Iran and its ties with radical Islamist groups, as well as the influence of the Al Jazeera news network based there. The Trump administration has sent mixed signals on the issue, with President Donald Trump appearing to back Saudi-led efforts to isolate the country and Secretary of State Rex Tillerson opposing them.

An array of pro-Israel figures in Washington have joined the effort to pressure Qatar to fall more in line with conventional Sunni Arab outlooks, as determined mostly by Saudi Arabia. Leading the lobbying is Bluelight Strategies, a PR outfit that often represents Jewish, Democratic and pro-Israel groups. One of Bluelight’s principles, Steve Rabinowitz, told JTA that his shop’s efforts, including a recent conference on Qatar, were wholly funded by Khalid Al-Hail, a Qatari businessman who is one of the leaders of the Qatari political opposition.

For decades, Qatar has acted independently of others in the region, in part as a means of accruing leverage to resist pressure from the Saudis. This has led to its openness to dealing with Iran and the Muslim Brotherhood — but also with Israel. Qatar is one of the few Arab states where Israelis travel freely.