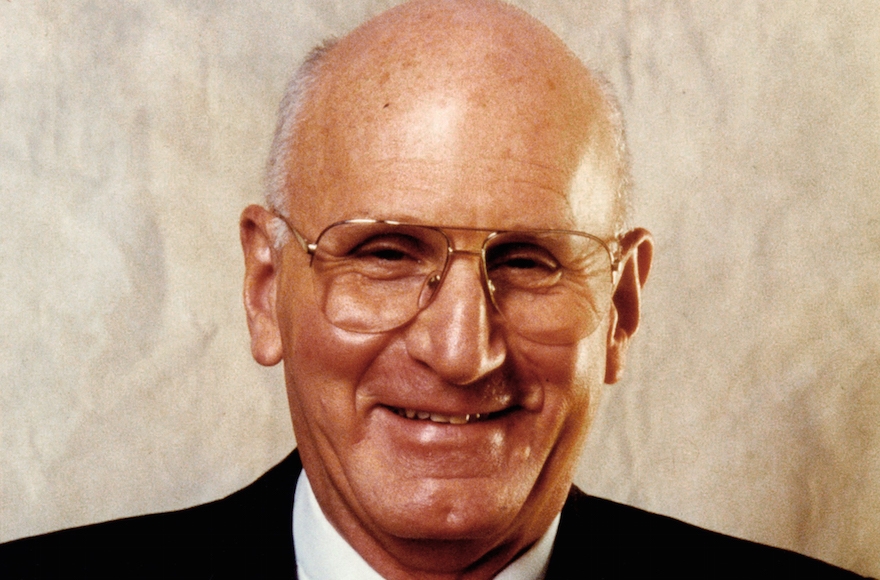 (JTA) — Jerome “Jerry” Gottesman, a property developer and philanthropist who often focused on expanding access to Jewish education, has died.

Gottesman died on Sunday at the age of 87 while on a private visit to Israel with his family. His body was set to be returned to New Jersey for a funeral and burial on Tuesday.

Gottesman, along with his brother Harold, was the co-founder of Newark, New Jersey-based Edison Properties, and served as chairman of the company until his death. Edison controls more than 3 million square feet of property, including parking garages and storage units in Manhattan and Brooklyn and several million more square feet in Newark, according to the news website NJBiz.

As philanthropists, he and his wife Paula became known for key gifts to innovative programs in Jewish education. The Paula and Jerry Gottesman Family Supporting Foundation in 2013 gave a $5 million grant to help the Jewish Federation of Greater MetroWest NJ create the largest endowed community-based Jewish camp program in North America, according to the Foundation for Jewish Camp, another of his beneficiaries. In 2014 the Gottesman foundation gave a $15 million challenge grant as part of a capital and endowment campaign to the Hebrew Academy of Morris County, which changed its name to the Gottesman RTW Academy. His funeral was to be held there Tuesday.

“We have lost a dear friend, and a giant in our community,” said Scott Krieger, president of the Jewish Federation of Greater MetroWest NJ in a statement. “Thinking through the lens of real estate, Jerry understood that building Jewish community meant deep investment today, but always with an eye to the future.”

The Gottesmans have also given over $500,000 to PJ Library, which provides free books and educational materials to young Jewish families.

At the time of his death, Gottesman’s net worth exceeded $550 million, an Edison spokesperson told NJBiz, who added that he “left a substantial part of his estate to charities.”

He is survived by his wife of 55 years, Paula, four daughters, 17 grandchildren and 2 great-grandchildren.