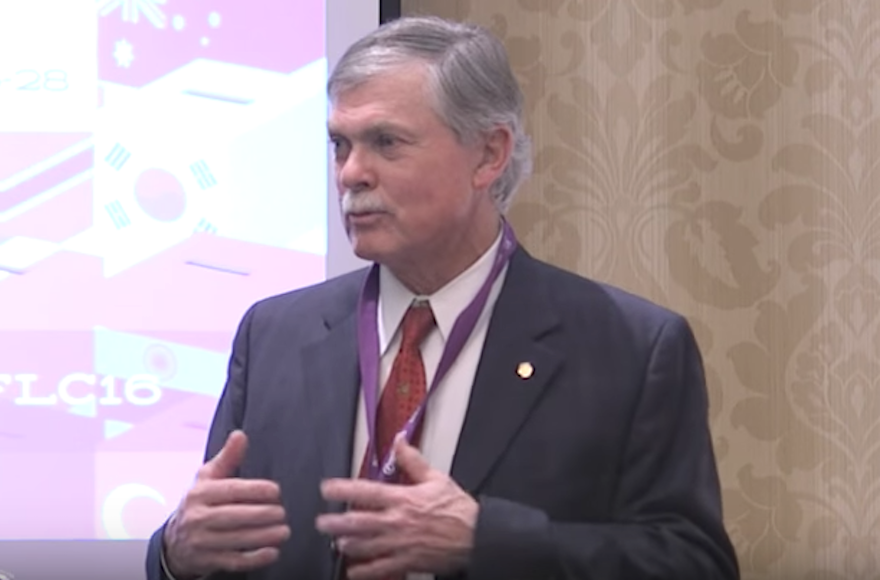 WASHINGTON (JTA) — The Anti-Defamation League expressed concern that a witness at a congressional hearing on a controversial gun bill  wrote a book arguing that gun control rendered Jews defenseless during the Holocaust.

Stephen Halbrook, who wrote “Gun Control in the Third Reich” in 2015, is set to appear Tuesday at a meeting of the U.S. House of Representatives Committee on Natural Resources, which is considering the Sportsmen’s Heritage and Recreational Enhancement Act. The bill would loosen controls on transporting firearms across state lines, an area that Halbrook has litigated as a prominent gun rights attorney.

“We have long been concerned about facile comparisons of gun control legislation in America to policies upheld by Nazi Germany during the Holocaust,” Jonathan Greenblatt, the ADL’s national director, said in an email to JTA. “The national debate over gun control is a divisive issue with many strong opinions. While there are legitimate arguments on both sides, the notion that Jews could have saved themselves from the Nazi onslaught is not one of them. It is historically inaccurate and deeply offensive to bring the Holocaust into this debate where it simply does not belong.”

Halbrook’s book argued that a key element in the Nazis’ repressive policies was the disarming of Nazi enemies, a theory embraced last year by the then-presidential candidate and now-Housing Secretary Ben Carson. Halbrook emphasizes in his book that gun control was not a factor leading to the Holocaust. Instead, he says, it facilitated it.

Historians of Nazi Germany have widely discredited the theory, saying that whatever restrictions on gun purchases the Nazis placed on Jews must be seen as part of the array of repressive measures Nazis imposed on Jews and not as Nazis favoring gun controls per se. In fact, the Nazis in 1938 loosened controls on gun ownership for non-Jewish Germans.

Others have questioned how Jews in Germany, who made up only 1 percent of the population, could have staged an effective rebellion against the Nazis’ military regime.

JTA was alerted to Halbrook’s scheduled appearance before the committee by Americans for Responsible Solutions, a gun control advocacy group founded by Gabrielle Giffords, the Jewish Democratic congresswoman from Arizona who was shot and critically wounded by a gunman in 2011 in a deadly attack. She has since retired from Congress.

David Chipman, a senior adviser to the group, also appeared as a witness, testifying against a provision of the bill that would loosen restrictions on silencers. Its sponsor, Rep. Jeff Duncan, R-S.C., says silencers protect hunters’ hearing.