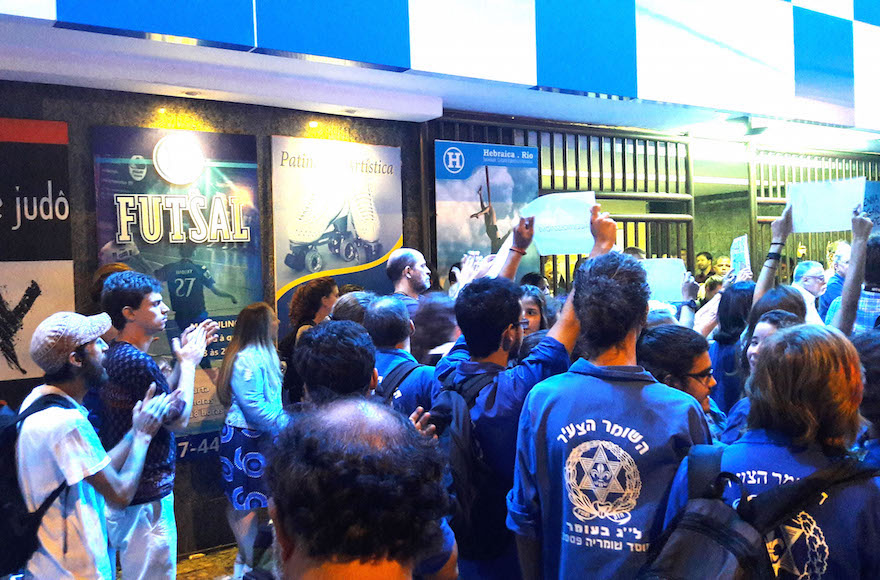 Bolsonaro, a prominent pro-Israel congressman, is known as a defender of the far right-wing military dictatorship that ran Brazil from 1964 to 1985. Sao Paulo’s Hebraica had previously disinvited him.

“Hebraica staged one of the most aggressive hate speeches ever expressed to the Jewish community in recent years, with words of appeal to xenophobia, racism, misogyny, homophobia, ethnocentrism, dictatorship and political impunity,” Hashomer Hatzair said in a statement.

“Such an expression of intolerance directly hurt us when they hamper the work carried out weekly by our activists in order to propagate ideals of tolerance to young people who participate in the movement.”

An audience of 300 attended the speech by Bolsonaro, a  Social Christian Party member and a presidential candidate in 2018. A group of far-left activists picketed at the venue’s door, calling the audience “shameless Jews” and “Jews without memory.”

Bolsonaro defends a zero-tolerance approach to fight Rio’s high violence rates including arming the population, and his nationalism and unguarded rhetoric have earned him comparisons to Donald Trump.

Hebraica leaders suggested the youth groups were radicalized by their counselors from Israel.

“The ‘tnuot’ (movements) are shooting themselves in the foot by not dancing. They are mixing culture with politics,” Rio Hebraica’s president, Luiz Mairovitch, told JTA. “This generation will only understand it far ahead. The ‘shlichim’ [counselors] from Israel should be doing a pro-Israel job and not sticking things into these youths’ heads [things] that they shouldn’t.”

Mairovitch noted that Bnei Akiva, the religious youth group, and Beitar, the right-wing group, will attend the event. 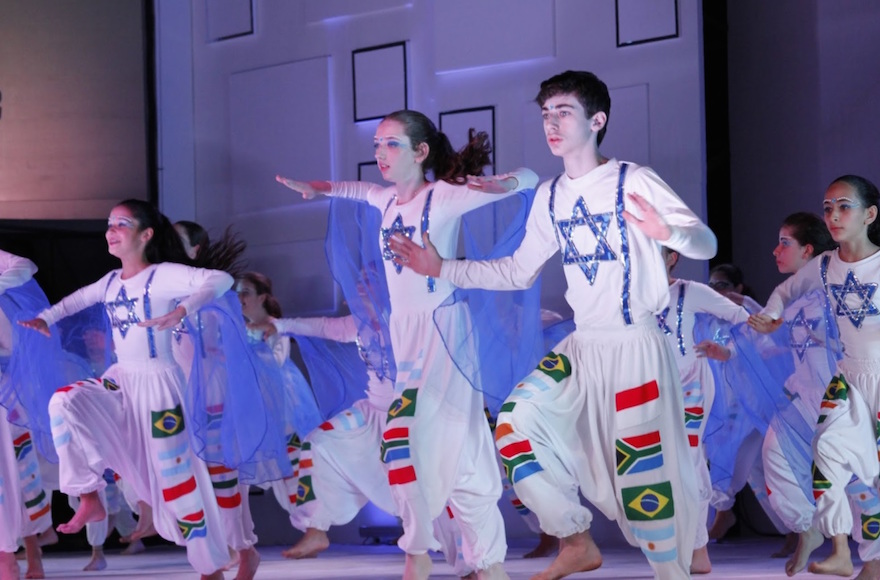 The boycott has frustrated dozens of teenage dancers who had been rehearsing their choreography for several months. Rio’s festival, scheduled for Friday to Sunday, is 10 years older than the Sao Paulo-based Carmel festival, one of the largest annual Israeli folk dance events held outside Israel. Both events bring together thousands of dancers and spectators who enjoy a weekend of performances and learning sessions.

“We have the greatest cultural and ethnic mosaic of dance that has never been seen in any other people,” the acclaimed choreographer and teacher Luiz Filipe Barbosa told JTA. “There is a big mistake in our community. Dance has become a weapon and is being used for political Brazilian manifestations.

“What is happening today is young Jews turning against Jews, against Jewish tradition, against Jewish customs, against a Jewish institution. The result was the segregation of our community and the assassination attempt on our major Jewish event,” added Barbosa, a former member of Habonim Dror, whose dance groups he has led several times.

For the Rio Jewish federation, the festival belongs to the whole community and goes beyond quarrels.

“We cannot oblige the institutions to do or not to do something,” the federation’s president, Herry Rosenberg, told JTA. “We have met with the club and we have met with the movements to stress the importance of participating and cheering, but it’s eventually their decision and we respect them, they have the right to decide what is good for them.”