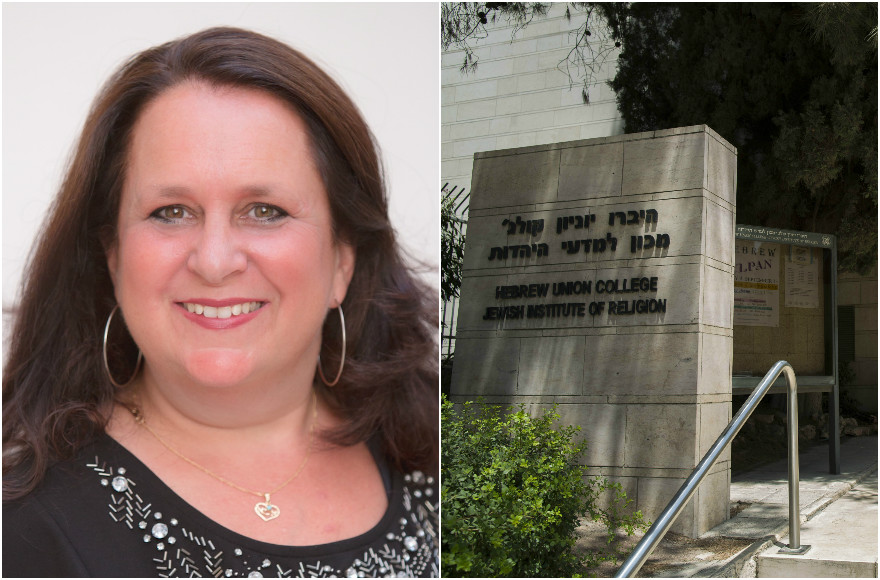 (JTA) — As executive director of the Jewish Orthodox Feminist Alliance, Elana Sztokman was a big name in liberal Orthodox circles.

But this week the 47-year-old, who has published widely on gender in Judaism, turned a new page: She started studying to become a Reform rabbi.

Sztokman, who grew up in Brooklyn but now lives in the Israeli city of Modiin, began taking courses at the Jerusalem campus of Hebrew Union College-Jewish Institute of Religion. In an announcement posted Wednesday on her website, Sztokman wrote that the “Reform movement is the only place where I think a woman can truly be free to be a whole person.”

Sztokman’s decision was the outgrowth of a gradual distancing from Orthodox Judaism, she told JTA on Thursday.

In 2014, she stepped down from her role at JOFA, less than a year and a half after her appointment. By that time, Sztokman said, she no longer identified as Orthodox. The same year, an acquaintance, Rabbi Alona Lisitsa, who was ordained by the Reform movement, suggested she look into a Reform rabbinical program.

“I was in a place of acknowledging how traumatized I was from so many years of doing battle in Orthodoxy,” Stzokman said. “That’s where I was when she approached me.”

Founded in 1997 by feminist pioneer Blu Greenberg, JOFA advocates for women’s inclusion in Jewish ritual life, women’s leadership roles in Jewish communities — including in rabbinic roles — and the plight of agunot, women whose husbands refuse to grant them a Jewish bill of divorce and thus cannot remarry.

But Sztokman said advancements such as the ordination of female clergy members by Yeshivat Maharat, a liberal Orthodox yeshiva founded in 2009, were not enough for her.

“Even though I’m so happy that women are becoming rabbis in Orthodoxy, at the same time a maharat cannot count in a minyan — even though she may be more learned than 95 percent of the congregation, she can’t count in a minyan, she can’t say Kaddish,” Sztokman said, referring to mainstream Orthodox interpretations of Jewish law that prohibit women from counting in a prayer quorum and saying the Kaddish prayer.

Sharon Weiss-Greenberg, JOFA’s current executive director, acknowledged the challenges of being an Orthodox feminist as “sort of the reality.”

“Forget whatever pushback you get, it’s also just an internal coming to terms, to understand and find that balance, the balance between tradition and wanting to be full-fledged members of the Orthodox community,” she told JTA on Friday.

Weiss-Greenberg said that while she saw the purpose in fighting for change within Orthodoxy, she understood that others may feel the need to pursue a different path.

“There is a role and a purpose for feminism within Orthodoxy,” she said. “At the same time, I think it’s not to judge or berate people who choose other paths and journeys.”

Sztokman said that in 2014, she wasn’t just feeling alienated from Orthodoxy but Judaism as a whole.

Sztokman said she was hesitant at first to Lisitsa’s suggestion of becoming a Reform rabbi, but two recent events prompted her to rethink: the passing of a friend and a heated Facebook argument.

‘[M]y friend’s life really revolved around community. It just made me realize how much I want that,” Sztokman said. “I want a spiritual home, and for a long time Orthodoxy has not been my spiritual home.”

The online argument grew from a discussion over the practice, traditional within Orthodoxy, of married woman covering their hair. Many responders said they covered their heads despite it being a negative experience. Sztokman told one woman that if she hated covering her hair, she should find a way not to do it. But her message was not well-received, with people saying her response was not keeping with Orthodoxy and halacha, or Jewish law.

That attitude, which Sztokman had experienced previously in Orthodox settings, rubbed her the wrong way.

“I have to say that this is the real reason why Orthodoxy is not for me anymore, and I don’t really think it’s a healthy place for women because you’re constantly being told that you cannot feel for yourself, you cannot think for yourself, you cannot make choices, that what you want isn’t even on the table,” she said. “That’s just not a way to live. I don’t care what you think the Torah says and what you think the halacha is, there’s a certain humanity that has to come first where I say I have agency in my life.”

In April, she applied to study at HUC. Sztokman said the Reform movement appeals to her because it puts compassion first. The liberal movement in the U.S. has ordained women rabbis sine 1972; Orthodox Judaism overwhelmingly does not accept women as rabbis.

“To be Reform means to place human compassion before all else, to understand that we must be human beings before we are Jews,” she wrote in the announcement posted on her website. “I am so excited about  the idea of really living that way, and being surrounded by people who also live that way.”

Yet Sztokman is careful to clarify that she does not think all Orthodox rabbis or people hold such attitudes and that she hopes to work across movements to promote change.

Though responses to her switch have been largely positive, not everyone is enthusiastic.

“That’s the hardest thing for me about this decision, feeling that women in other denominations who are fighting for change see this as a betrayal,” Sztokman said.

Although she wrote on her website that she “has not changed the particulars of my observance in any noticeable way,” Sztokman declined to answer a question about her level of religious observance.

“I think that I am going to spend the next four years not talking publicly about my own personal halachic observance because I think that is the whole point: that it’s nobody’s business,” she said. “The whole point is that we don’t need to be judging other people based on observance.”

As she embarks on her new journey, Sztokman said she is most looking forward to studying Jewish texts in novel ways.