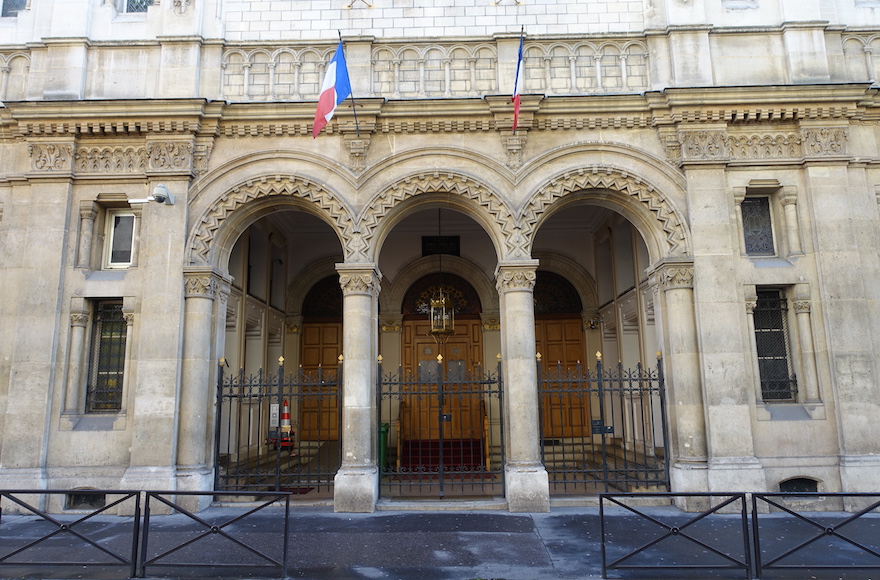 Approximately 40 Jewish protesters, some of them affiliated with Liberal congregations, showed up at the rally last week outside the Buffault synagogue in Paris ahead of the arrival of Shlomo Amar, the Sephardic Orthodox chief rabbi of Jerusalem, with signs protesting what they said were misogynist and divisive statements he had made.

Amar, the former chief Sephardic rabbi of Israel, has visited the French capital many times without incident, according to the La Croix daily.

Amar was visiting France as a guest of the Consistoire organization, a state-recognized framework that provides Orthodox Jewish communities with religious services in France.

Earlier this month, Amar equated Reform Jews with Holocaust deniers in an address concerning demands by followers of Liberal Judaism for changes in the rules of worship at the Western Wall in Jerusalem.

Amar has also called homosexuals “crazies” and “obscene people,” and has said that women are made to care for children and provide for their families so that men may become “great sages” in studying the Torah.

“These words ostracize a significant part of the Jewish people,” Michael Amsellem, one of the protest’s organizers, wrote in a statement. Yet, he noted, Amar was “invited for a lecture titled ‘Unity and the Month of Elul.’”

Delphine Horvilleur, a female rabbi and editor of the Tenoua Jewish magazine, promoted the Sept. 12 rally. Tenoua released a banner reading “Misogyny, homophobia, hate and contempt: not in my synagogue.”

Some of the protesters also carried signs reading “For a New Consistoire, a Consistoire for All.”

The Consistoire defended Amar’s visit to France as “historic and successful,” citing the 400 guests at Sept. 10 visit to Lyon — the first by a sitting chief rabbi of Jerusalem. The Consistorie said in a statement that it was “honored to host” Amar both there for a gala ahead of Rosh Hashanah and in Paris.