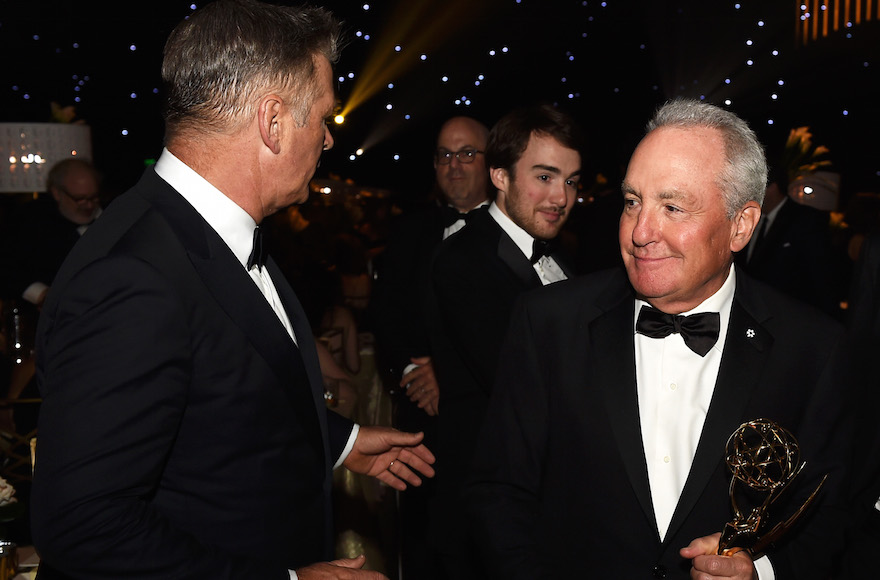 (JTA) — The 2017 Emmy Awards presentation, which is being hailed as a historic night for diversity in Hollywood, honored some Jewish talent.

“Saturday Night Live” led the way with eight of the TV awards, which were handed out Sunday night in Los Angeles.

“SNL” winners included Kate McKinnon and Alec Baldwin, for best supporting actress and actor in a comedy, respectively, for their portrayals of Hillary Clinton and Donald Trump throughout the 2016 presidential campaign and its aftermath. Melissa McCarthy also won for her work as a guest actress on “SNL,” notably portraying former White House press secretary Sean Spicer.

The show’s Jewish creator, Lorne Michaels, was a winner as the show took home the award for best variety sketch series. Michaels, who has produced the show for much of its four decades, now holds the record for most Emmy nominations.

Jewish filmmaker Ezra Edelman won the nonfiction directing Emmy for his work on the ESPN documentary “O.J.: Made in America.”

The Emmys also paid tribute to those in the industry who have died during the last year, including Jewish actresses Carrie Fisher and Zsa Zsa Gabor.

However, the night was most notable for other reasons. Donald Glover became the first African-American to win best directing in a comedy series and the first black actor to win best lead actor in a comedy since 1985. He is the star and creator of the FX show “Atlanta.”

Lena Waithe, who co-wrote the Netflix sitcom “Master of None” with Aziz Ansari, became the first black woman to win best comedy writing. Riz Ahmed became the first South Asian man to win an Emmy with his performance on the HBO miniseries “The Night Of.” And Sterling Brown, a star of NBC’s “This Is Us,” became the first African-American man to win outstanding lead actor in a drama series since 1998.

Julia Louis-Dreyfus, who has French-Jewish heritage, broke the record for most consecutive wins in any Emmy category with her sixth straight best lead actress in a comedy award. The former “Seinfeld” star is the driving force behind HBO’s political satire “Veep.”