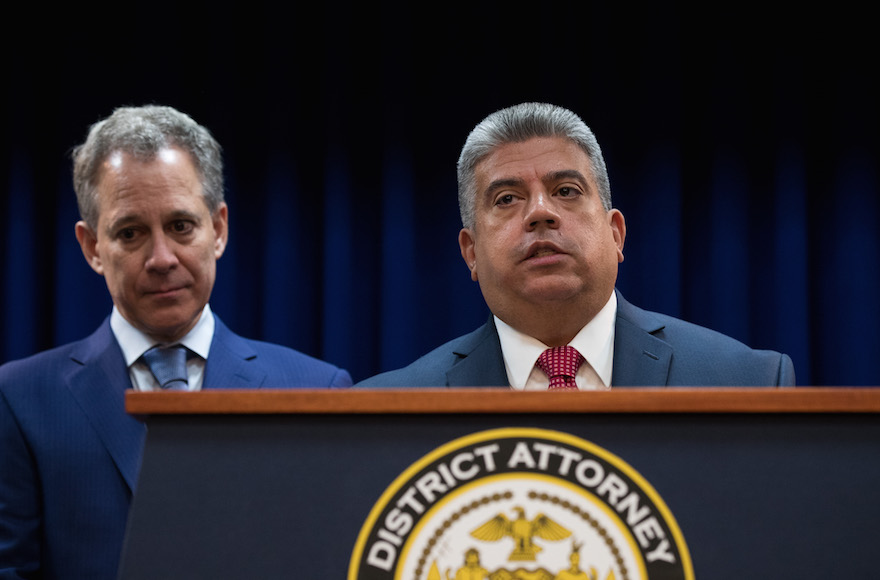 NEW YORK (JTA) — Three people were indicted for participating in a scheme to pressure an alleged sexual abuse victim not to testify against the Brooklyn man she said abused he as a child.

In March 2016, Israel, who lives in Borough Park and served on the board of the Boro Park Y, was arrested and indicted for sexually abusing the woman when she was 12 years old. He declined a plea deal that would have sent him to prison for five years and was freed on bail.

According to the Gonzalez statement, Israel allegedly paid Parco in July 2016 to film compromising videos of a relative of the woman to intimidate her not to cooperate with the investigation.

Parco allegedly enlisted Freudenthaler to lure the relative to a hotel in December. There she was to video the relative having sex with a prostitute whom she had hired.

The video equipment did not work properly, so Freudenthaler tried a second time, according to prosecutors, hiring an additional prostitute and recording the relative having sex with the two women, according to the indictment.

As part of the plot, three people then contacted the relative as well as other family members and showed them the footage, in an attempt to get the woman not to testify against Israel.

In June, investigators searched the home of one of the three people charged and found the recording of the relative and a statement in which Israel admits to inappropriately touching the victim. Recordings of the relative’s encounter also were found in Parco’s office.