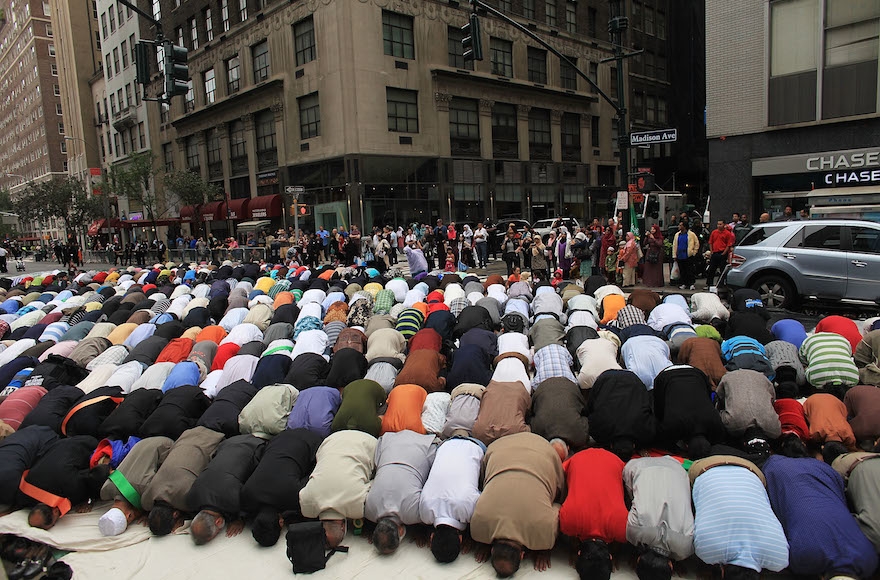 Rabbi Marc Schneier, the president and founder of the Foundation for Ethnic Understanding, will serve as honorary grand marshal of Sunday’s parade. Schneier was chosen in recognition of his pioneering work in the field of Muslim-Jewish relations in the United States and around the world, according to organizers.

It marks the first time in the parade’s 32-year history that a Jewish leader has been chosen to lead the Muslim Day Parade, which this year is dedicated to the plight of the Rohingya, a mostly Muslim people facing violence in Myanmar.

“This year’s parade is more important than ever before due to the climate we live in,” Imam Shamsi Ali, president of the Muslim Foundation of America, the parade organizer, said in a statement. “Racism, Islamophobia and anti-Semitism, bigotry and hate are on the rise in our country.”

Of Schneier, Ali said: “Having pioneered the field of Muslim-Jewish relations over a decade ago, he has demonstrated his dedication and devotion to the American Muslim community.”