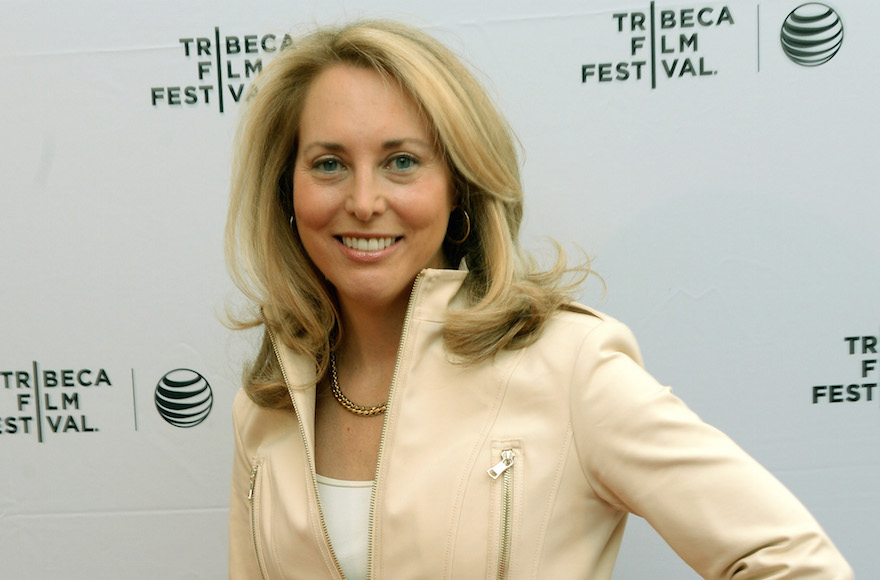 (JTA) — Former CIA agent Valerie Plame Wilson resigned from the board of an anti-war foundation after retweeting an article accusing American Jews of pushing the U.S. into a war with Iran.

Wilson, whose paternal grandfather was Jewish, made the announcement on Sunday about leaving the the Ploughshares Fund  in a series of tweets.

“Actions have consequences, and while I have been honored to serve on the board of the Ploughshares Fund … to avoid detracting from their mission, I have resigned,” Wilson said in consecutive tweets.

“I take full responsibility for my thoughtless and hurtful actions, and there are no excuses for what I did.”

She also tweeted that she was “horrified and ashamed” for retweeting articles from the Unz Review website “without closely examining content and authors.”

“The white supremacist and anti-Semitic propaganda espoused by this website is disgusting and I strongly condemn it,” she also tweeted.

Wilson, a former operations officer for the Central Intelligence Agency, had her identity leaked to the press by an official in President George W. Bush’s administration in 2003 and left the agency in 2005. A 2010 film about the affair, “Fair Game,” portrayed the popular theory that her cover was blown as political retribution for an article by her husband charging that the White House manipulated intelligence to make the case for invading Iraq.

The article she retweeted, titled “Americas Jews Are Driving America’s Wars,” included several anti-Semitic tropes, including that American Jews are guilty of dual loyalty to Israel, and that Jews control the media, the entertainment industry and politics.

The article by Phillip Giraldi concludes: “We don’t need a war with Iran because Israel wants one and some rich and powerful American Jews are happy to deliver. Seriously, we don’t need it.”

“Ploughshares Fund condemns in the strongest terms what we believe to be white supremacist and anti-Semitic propaganda espoused by this site. The prejudices promulgated by this site are an affront to American values and human decency,” the statement said.

Wilson tweeted the article out on Thursday, during the Rosh Hashanah holiday.

Later in the day she tweeted: “OK folks, look, I messed up. I skimmed this piece, zeroed in on the neocon criticism, and shared it without seeing and considering the rest.”

“I missed gross undercurrents to this article & didn’t do my homework on the platform this piece came from. Now that I see it, it’s obvious. Apologies all. There is so much there that’s problematic AF and I should have recognized it sooner. Thank you for pushing me to look again. I’m not perfect and make mistakes. This was a doozy. All I can do is admit them, try to be better, and read more thoroughly next time. Ugh,” she also tweeted.

… to avoid detracting from their mission, I have resigned.