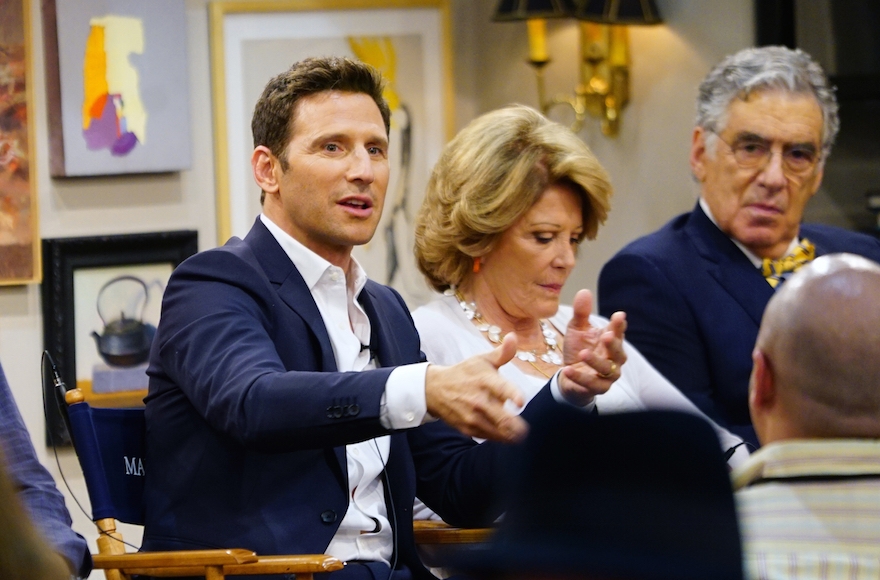 CHICAGO (JUF News via JTA) — A grown man moves into a New York apartment sandwiched between his meddlesome, boundary-less parents on one side and his brother, wife and their newborn baby on the other.

It is. But the premise also happens to be inspired by the real life of Jewish actor Mark Feuerstein — of “Royal Pains,” “Prison Break” and “West Wing” fame.

While filming a show in New York a few years ago, Feuerstein found himself living in an apartment on Manhattan’s Upper East Side next to his mom and dad. And, yes, soon after he took up residence there, his brother moved into the apartment next door.

His on-screen parents are played by the veteran actors Linda Lavin, star of TV’s “Alice,” and Elliott Gould, who has appeared in myriad films such as “M*A*S*H” and TV shows like “Friends.”

After his stint living in New York, Feuerstein eventually moved back to Los Angeles. It was when he had some space — literally — from his parents that Feuerstein decided his former living situation would be perfect fodder for a TV comedy.

His wife, former “Friends” writer Dana Klein, executive produces and writes the show with Feuerstein. But “9JKL” isn’t the couple’s only baby: they have three children, ages 11, 9 and 7.

I interviewed Feuerstein by phone between rehearsals for the show.

JTA: What was it like living next to your mom and dad?

Feuerstein: Every morning my father would come over in his tighty whiteys and go [using a thick NY accent], ‘Mark, what do you want for breakfast, scrambled eggs or French toast?’ And then at night, I would come home after a 15-hour day and my mother would say, ‘Would you like to come in for a salad?’ So I would go into their apartment and have a salad at, you know, midnight, to hear about how many blocks she walked on Madison Avenue that morning. 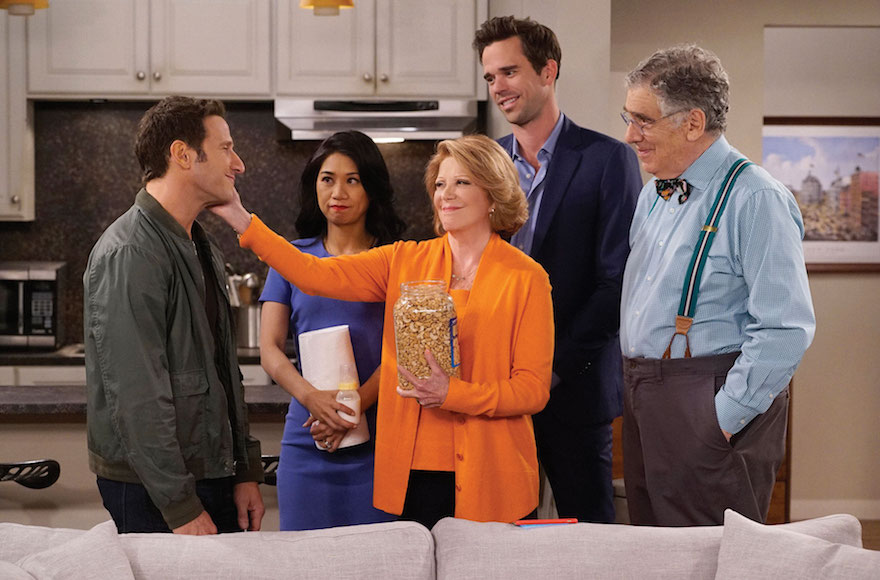 Mark Feuerstein as Josh, Liza Lapira as Eve, David Walton as Andrew, Linda Lavin as Judy and Elliott Gould as Harry in a scene from “9JKL.” (Cliff Lipson/CBS Broadcasting Inc.)

Will “9JKL” feel Jewish — either explicitly or in tone and feel?

There’s so much that feels Jewish, like “Seinfeld” or any other great Jewish comedy. … There’s no question when a holiday is celebrated or some life moment happens that it will be the Jewish version of it. When, and if, we can get it in there, we will be celebrating everything from Hanukkah to Lag b’Omer.

Do you feel the weight of representing a Jewish family on the show?

I also want to tow a line that allows us to reach the widest audience possible. So you’re constantly navigating that.

Do you have a favorite Jewish tradition?

I love the High Holiday ceremony of tashlich, of casting away our sins [in the water] in the spirit of teshuvah, atonement. In New York, I would love going to the East River with my whole congregation — and we knew we weren’t polluting the river because it was already disgusting.

I’m so lucky that she agreed to take this on with me. She’s incredible in the writers room; she does it with grace and style. I think we have a nice chemistry working with each other. We have a mutual respect and love, and our kids are so happy, except for when it keeps us from putting them to bed.

How do you like working on a traditional sitcom format, especially at a time when so few TV comedies these days still follow that model?

Everybody is so focused on innovation and doing something cool and new, but we wanted to bring [this show] back in time. We love shows like “Everybody Loves Raymond” and “Seinfeld.” There is something about the format that hearkens back to a different time. There are real people in our studio audience, who are really reacting to the jokes and the story lines.

In today’s [political climate], it’s nice to have a show out there about a loving family, albeit dysfunctional, where you can escape from the political diatribe in the media these days and just watch a loving family that likes to make fun of each other and get in each other’s way.